I recently received an invite to try beta testing a creation called Uemeu.  It is described as a sandbox application in Unity 3D and conceived by ex-second lifers Edgeware Marker (Language Lab), LittleToe Bartlett and someone described as "a certain SL artist who-shall-not-be-named" which would be Light Waves / Starax who is one of the early Second Life artists (Greenies, Black Swan) and also one of the biggest hermits ever, he makes Elvis (if he is still alive!) seem like Toronto's crack smoking Mayor Rob Ford in a Christmas light string bikini.   Actually if you are interested in learning about early Second Life people and what it was like ten years ago, DrFran Babcock does a fun interview series called the oldbie project for the SLnewser.  http://slnewser.blogspot.ca/2013/11/the-oldbie-project-pie-psaltery.html  I just read it not long ago and it was a fun interview.

Anyway, they have been working on Uemeu the past year and the project went into alpha on Desura (interesting) in July and has been under the direction of programmer Jeremy Hindle (Mentioum).

I am going to paste what was sent to me.  It should be remembered that it is quite early yet and right now they are just looking for a few creatives to see what they can achieve with it. I have signed up but not sure when I will be able to really spend lots of time testing it out.

We are currently interested in builders, artists and game creators who would like to try out our game.

What it can do:

Build environments and objects with an ever-expanding library of shapes, terrains and textures
Animate objects and create games without scripting
Build and play in single or multiplayer mode
and much more to come...

You're on this list because you are a visionary, early adopter, tinkerer or explorer. I'm hoping you'll find Uemeu intriguing enough to help build a community that will shape the future of this game. We will be looking for people to create games and environments with Uemeu that will be shared with the world.

You can  register at our website: http://uemeu.com/#/ and download the free trial version. If you like the way it works, you can become part of the alpha-funding team and purchase the full game on Desura. http://www.desura.com/games/uemeu Purchasing this license will entitle you to all future updates of Uemeu (which happens about every two weeks).

You can see some of the things being made in Uemeu here: http://uemeu-official.deviantart.com/gallery/

I am happy to set up personal multiplayer sessions or answer any of your questions via email. Direct feedback about the game can be sent to support@uemeu.com. What I'm really hoping for is a few talented people to come in and prove that this application can make amazing things.

Anonymous said…
Wow! Thanks, Bryn! Nothing would make me happier than seeing something you made in Uemeu! Hope you get the chance...
November 22, 2013 at 12:02 PM 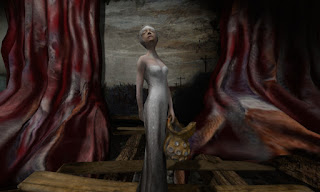