A long time ago someone suggested I look into Unity 3D to make a video game for the Rabbicorn story or Annas Many Murders, and a short time ago I finally went to go look at it.  Now when they suggested I make a video game my first reaction was a mild eye twitch as I considered adding -Learn to make video games to my long list of things I need to get done.  I mean it took me months just to go download it and now I am to learn what must be a very complex process?   Well it is not as difficult as I had imagined, not that I have loads of time to spend on it right now but still. 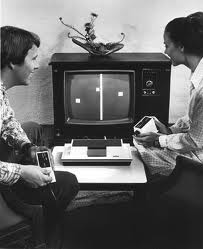 When you look at examples of Unity you will see someone with a gun shooting something gleefully.  That seems to be what it is being used for and that is not surprising at all since when I visit my friends they almost always are playing something shooty.  I end up having to play their shooties like Halo and I am just terrible at it.  They get me before I even know they are around.  My strategy has evolved to hiding in hard to see places and stabbing people with a big laser sword when they walk by.  They even call me "the crab" because of it, but they quickly become wise to my whereabouts due to the corpses strewn inside my hidey lair.  Ah for the days before my friends got video games and we used to go outside.  There was this thing called "the sky" I found appealing.
So yes back to Unity, on the surface it looks just like something to make video games and it is.. but I also want to find out if it could be made to function more like an interactive storybook.  The graphics are gorgeous and in just a few minutes I was able to import Gretchen from my machinima Gretchen and Teddy.  The only negative is that I can't afford all the additional licenses involved.  There is a license for ipads and phones etc. and the other problem is that you seem to need to purchase some types of content from a store unless you want to make everything yourself (which is probably what I would do)
Anyway below is an example of Unity without shooting and here is a place you can download it... Unity 3D

Anonymous said…
Plus in additional media
Runescape Goldthe complete city of Buford is made for sales inside Wyoming. You can have all of it together with a gas station, benefit keep, some sort of 1905 schoolhouse, some sort of vacation cabin, a garage area, 15 massive areas involving territory, the three-bedroom property and the like. Perfect for thatBuy WOW Gold SLer utilized to this submit apocalyptic a feeling of walking empty centers.
July 10, 2012 at 1:47 AM