Daughter of Gears and Rabbicorn in Bronze 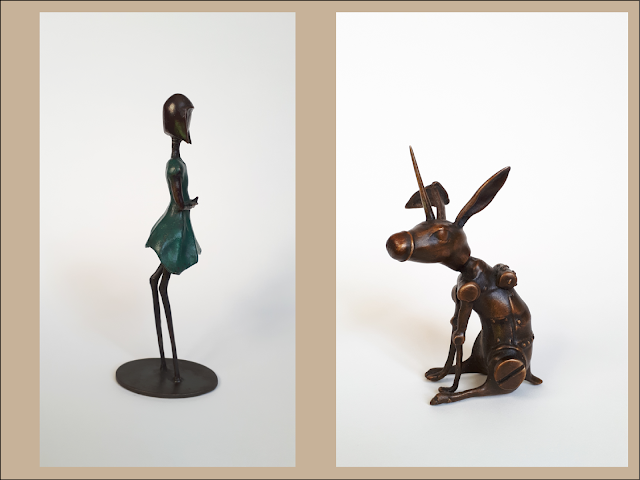 So this is kind of embarrassing but I forgot to post about making bronze sculptures of the Rabbicorn and Daughter of Gears.  I came to the blog to see what I wrote about it and discovered that the answer
was .. nothing.

Every so often I create limited editions in bronze of my artwork.  In the past I did one of a ballet dancer from "Hand" and a Long Legged Maskitt as a commission for awards to artists for the Santorini biennial.  Then just after christmas last year, which is a really dumb time to release anything i think, I put out the bronzes for two of my personal favorite characters, the Rabbicorn and Daughter of Gears.  At the same time I released the three part story, rebuilt in mesh,  in Second Life which told the story of these same characters.

The whole story was originally conceived one day years ago as I was walking through the forest.

As I was walking I saw a peculiarly shaped branch with a bend in it.  I stood looking at it a while and began to imagine it as a leg for a girl.  From there I started to think why this leg would be so bent and it grew into a story called the Daughter of Gears.  Now I had not built this story yet, just sketched out ideas, but shortly after I was approached by a company called Rezzable who built sims such as Greenies and black swan in Second Life, and they asked if I might build something to go on the black swan sim for a month or two.  The black swan sim was created by artist Starax also known as Light Waves.  It was a bit daunting because at the time Light Waves was quite a legendary artist in Second Life and I really didn't want to mar his work.   So I decided to build the tower for the Daughter of gears story, which I worried was a terrible idea as I had just come up with the concept of creating immersive artworks as a style or movement, but I hadn't really built any substantial ones yet. What was interesting to me was to try and create a story within second life as I had not
come across any at that time.  In my art practice before second life
i was an oil painter and each work essentially was a snapshot in time.  My work would indicate a story, but there was no duration.  When I discovered Second Life and the virtual space I realized that I could create art where the visitor was an active participant to the piece not a passive observer as most other mediums treat the viewer.  For example in cinema we sit on the couch and are told a story, or in a gallery looking at paintings we are separate and stand looking upon a scene which might captivate us to imagine something happening, but we are separate.  Cinema and painting both try to immerse the viewer, and succeed, yet to me I saw the virtual space as a far more powerful medium for immersion.  I wanted
people not  to just get caught up in my artwork, similar to how you
get caught up in a good movie, but to also be an active participant to the artwork.  To be alive and exploring in an open ended manner within my artwork.  The tower for the daughter of gears was my first attempt to do so.  It was quite popular with tens of thousands coming to see it which then had IBM approach me to build something for their region.  For IBM I built the second part of the story a year later which introduced the Rabbicorn.  Oh and did I mention that for some inexplicable reason I decided to write it all in poetry.  I am not a poet but I determined to be one for all three parts of the story.  The story was well received and I agreed to do the final part of the story a year from then for IBM.  The final part of the story was called Standby which referred to an empty white space where the Daughter of gears would stay
within her mind alone with her memories.  Like the standby our computer goes to when its been idle too long.  The final part finished the story and was written, as most of my work is, to let the ending be debated by those who explored it.  Was it a happy ending or sad one? Was the Standby, a place the daughter and rabbicorn hid from the world, a good thing or bad thing?  I like to take the fears of society and its universal dislikes, such as the fear of virtual spaces, and show them in another light. 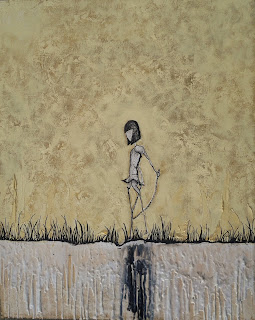 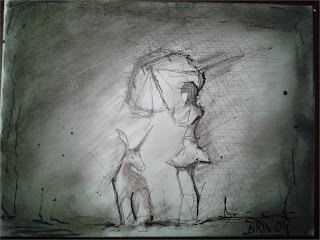 For example I recently had a studio tour and showed VR to visitors to my studio and some would say VR is fantastic, but that people would become obsessed with it and live in virtual spaces rather than
real life.  A very common comment and to be honest some will.  Just as some get addicted to gambling or alcohol or social media.  Stand 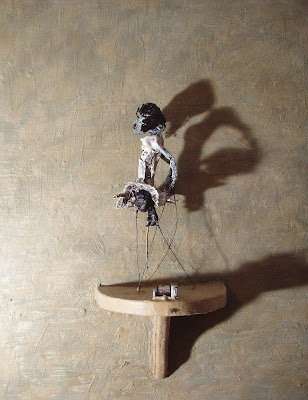 staring at your phone when in groups of people checking meaningless things? yep social constipation.
One of  my favorite stories after the final piece was release, and I heard years later, was of two people who went on a sl "date".  They had met and were getting to know one another and decided to explore the final part to the Rabbicorn story together as each had already seen the previous two parts.  She told me that before they went to the exhibit she was not sure if she really liked this guy and was not convinced they would talk again.  They went through the story together and at the end, faintly over his microphone, she could hear him silently crying for the Rabbicorn.  And she told me that at this moment she fell in love with him.  Later on they got married and now many years later they are still together and still enjoy exploring art in second life.

So back to the bronzes.  I apologize to those of you who were reading my blog expecting this information and so were unaware for that they had come up for sale, that was my mistake but there is good news!  I do have a few left so if you would like to purchase the bronze of both the Daughter and Rabbicorn (they only come as a pair naturally) then just email me at brynohhh@gmail.com.  The Daughter is six inches tall and the Rabbicorn is 4inches and together they sell for $700 + shipping.

And to finish up the post I will embed the machinima story for Standby.