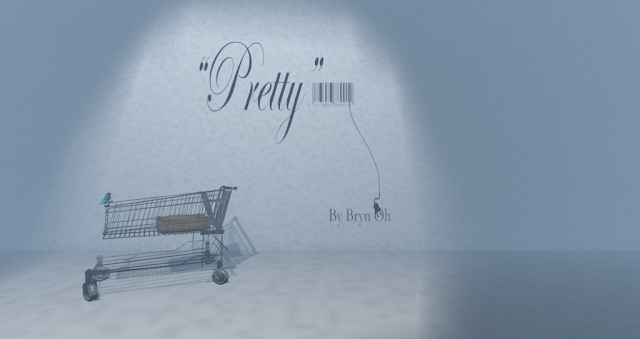 Tomorrow (Saturday the 17th) at 12pm slt will open a new work of mine which I created for Blue Orange.  It is called "Pretty" and is based off a poem I wrote.  I was playing with a few characters from the Sansar work called "Canis" and made a little space.  It will open at 12 so if you wish to see it with the windlight (Bryn Oh's condos in heaven #2) and advanced lighting then maybe come then, as at 1pm Skye Galaxy will be playing live and the sim will be too laggy for the settings I would imagine.   The artwork is based around the need to collect and to be collected.  It is about technology, change and the obsolete.  I don't want to say too much as I think it is more fun for people to interpret on their own rather than be told, I hope you will come and enjoy the exhibit.  My work is just one part to a large photo based show with a wide range of talented artists taking part.