I was thinking to myself.. oh I should do a post on my blog! and so I sat down to write and realized that I didn't really know what to write about.  Oh Tony Dyson asked to be friends with me on Linkedin today.. that was kind of cool.  He made R2D2.  That is sort of something to write about.  I don't know how he would have discovered Bryn Oh nor why he would want to be friends, so likely it was some kind of mistake .. but I accept odd mistakes and it's kind of fun.  Speaking of which, I saw the new Star Wars movie and I think it was the best one of them all.  I actually saw it twice because I am a nerd.   Anyway, so I was trying to think what to write and just as I was contemplating this a song came on the radio which has some really dumb lyrics.  It is called Locked Away by Rock City featuring Adam Levine.  It begins...

"If I got locked away
And we lost it all today...
Tell me honestly...
Would you still love me the same?"

So the song essentially is about a guy giving scenarios to a girl wondering if she really would love him when things are rough.  And the message is that if her answer is no to these questions then maybe he is better off without her.. that she is lacking in some way.   So if there are any impressionable young ladies reading my blog then please listen to me when I say that you are not obligated to stay with a guy who gets arrested and in the process of that crime loses everything you have built up together.  So for example...

"If I got locked away 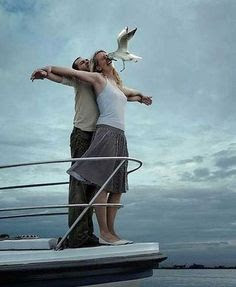 because I did lots of crack
and ran over a family in my jeep.
And we both got sued
and lost the house and our friends
Tell me honestly...
would you still love me the same?"

"No you silly prick
you selfish arsehole
I really don't love you the same."