Over a year ago I came into contact with Virginia.  She is over 80 years old, blind with cataracts and  lived alone in a remote farm house in the Canadian countryside.  She also suffers from Schizophrenia.  Well, more like she fights it from the perspective of someone who has no awareness  that her illness has chapters in psychology textbooks or proper technical terminology to use. She deals with her own reality which is an unreality.   She knows that people think she is crazy, and sometimes she was a bit shy telling me her theories because they sound delusional even to her. They are interpretations gathered from many years of her recognizing patterns while noticing causes and effects associated to seemingly benign occurrences. 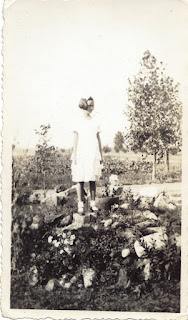 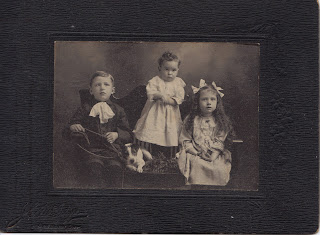 When I first came to her house she was living in just a very small portion of it and the rooms were all hung with 20 years of unseen cobwebs.  She had a chair by her front door with a radio to listen to and the rest of the house was filled with boxes and bags and containers full of things she had collected over the years.  I recall opening a cardboard box to find rolled up newspapers all taped together with even elastic bands wrapped around them.  I painstakingly unwrapped a giant ball curious as to what was inside.  Eventually I unveiled a smaller container inside which there was yet another container and so on until eventually I unearthed a single seed.  When I asked Virginia about it she told me that it was a heritage seed she preserved from an old apple tree.  Most apple trees have been cross germinated for many years to create the perfect apple and she preserved this seed because it came from a natural tree which are becoming more and more scarce.  You see she has reasons for everything, but one must dig to find them because the surface appearance tells a different story than whats inside. 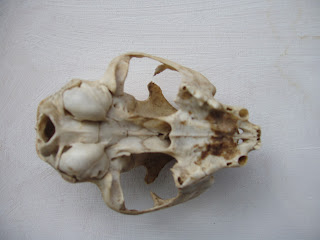 Virginia had about 30 or more old cassette players strewn about her home, and hundreds of cassette tapes she had recorded her thoughts on over the years.  I have listened to all the tapes over many months and have converted each from the tape format into a digital file which I then distilled from 120 or 60 minutes down to 30.  Then I reduced them again down to 8-10 minutes.  I have tried to keep the tapes as close to how she recorded them as possible.  You will hear the clicking of her recording, some have grocery lists or recordings of songs she liked, radio shows or perhaps she broaches topics in her life such as abandoning her child or explaining how she would place her radio on the front steps so she could go outside into the yard yet still be able to follow its sound back to her house so that she would not become lost.  On one tape she relates how the batteries died one time and she could not find her way back home for 8 hours.  In Virginia's mind it was not her who was lost but rather the house.
Imagine how time would almost stop if you were sitting alone in the dark talking to a recorder.  Your house taking on an almost organic life with it tiny squeaks, groans and bumps intruding on your profound silence.  Think of just one day sitting alone with your mind, then imagine a week of introspection and then finally 20 years.  Have you ever listened to a thunderstorm emerge from its first breeze to its final drip from the eves trough?  Virginia hears everything we do, but defined.. then she hears more that our reality doesn't permit. 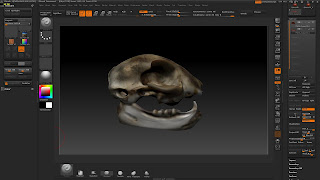 Often it felt like I was unraveling a mystery.   On one tape I heard talk about her feral cats killing and eating another cat outside her door.  On one of my visits I discovered the remains of this cat which was almost like reading a history book which didn't become real until I actually saw the evidence that it really did occur.  There were some incredulous looks when I made it known that the bones would be coming home with me that day, but for me it was essential.  The bones represented the harsh realities that existed in her environment, there were no dogs wearing jackets and boots nor kittens being carried around in purses like I get in the city.  It was a forgotten pocket with few civilities where the inside of her house was overgrown to match the outside.

Virginia Alone will open on June 22nd at the Santa Fe New Media Festival as well as on Immersiva.  At the festival it will be shown on a ten foot screen and guests will be able to navigate the build while there.  By clicking on the cassette players or tapes within the build you will be taken to a YouTube site where you can listen to some of her recordings.   Virginia is much like the apple seed wrapped in layers of paper, you will need to listen to many of her tapes to begin to understand her.   Virginia has since been moved from this house to a nursing home and some of the recordings are from an interview I did with her there (yes that is moaning and periodic screaming in the background).  I am not sure how this artwork will be received by its guests, but needless to say Virginia is very excited.

Also showing at the festival will be works by Artistide Despres and Haveit Neox as well as a performance by Tyrehl Byk with musician Ultraviolet Alter.  It is gratifying to see such a respected festival acknowledge the talents of virtual artists and I would like to congratulate them on their foresight.
Email Post

Amase Levasseur said…
Congratulations Bryn on your completion of this work. I am so looking forward to navigating Virgina Alone and listening to some of the recordings. This may be your best virtual artwork yet.
June 14, 2012 at 2:36 PM

Alana said…
This sounds absolutely wonderful. The consept is so intriguing! She must be so interesting to listen to, even if a bit sad sometimes. I love your attitude towards her, being curious about why she does things and not just taking everything she does as craziness. And it was heartwarming when you said that she herself is excited about this.
June 14, 2012 at 6:19 PM

Eupalinos said…
Curious to visit it. While reading this part "When I first came to her house she was living in just a very small portion of it and the rooms were all hung with 20 years of unseen cobwebs." I was reminded of one my favorite books : "The Invention of Morel" by Adolfo Bioy Casares.
June 15, 2012 at 10:47 AM

Rowan Derryth said…
Went over last night, not knowing anything about the work. I was surprised at how different it was from other things (yes still very much 'Bryn' in style). I found it very interesting, and I am curious to see how it will be received in Santa Fe. Must go back when I am more awake.
June 24, 2012 at 11:17 AM

Anonymous said…
This may seem completely wonderful. Cheap RS GoldThe consept is really intriguing! She need to become so thrilling to pay attention to, even though a little bit unfortunate sometimes. I really enjoy your mind-set when it comes to her, turning into curious about why she does factors and never just getting every thing she does as craziness. also it absolutely was heartwarming at any time you stated that Buy WOW Goldshe herself is thrilled about this.
July 10, 2012 at 1:32 AM

Lynne Hand said…
I took some ESL students to your exhibition. Congratulations. It was very thought provoking. Here is what one of them wrote about it (with corrections).

Anonymous said…
I just listened to the recordings on youtube. It's an amazing work you did and an interesting insight in someones life which made me think, thanks for that!
August 15, 2012 at 10:46 AM

Squall said…
Went over last night, not knowing anything about the work. I was surprised at how different it was from other things (yes still very much 'Bryn' in style). I found it very interesting, and I am curious to see how it will be received in Santa Fe. Must go back ISabEL MArANt when IsabeL MaRant ShoES I am more awake.
September 3, 2012 at 11:32 PM

You can easily order your Guild Wars 2 Gold on our website. Guildwars2buygold guarantees quality and quickness. Just choose the desired amount of GW2 Gold, your server and send the order.After order paid, please contact our livechat to get your delivery.You will receive your Guild wars 2 Gold from here mostly within a few hours after order confirmed. Delivery of the cheap Guild Wars 2 Gold via trading face to face in game.