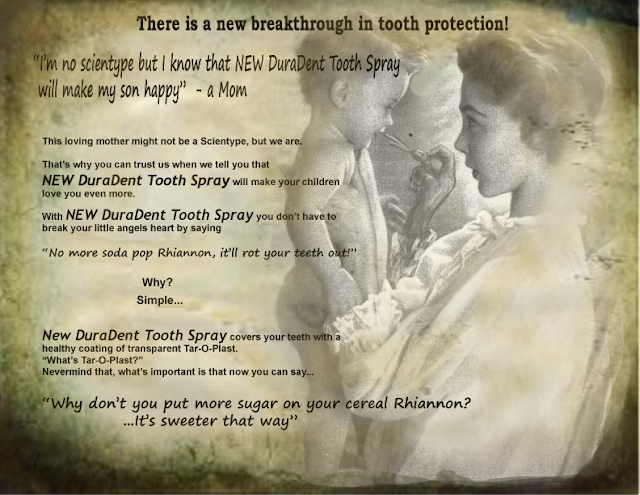 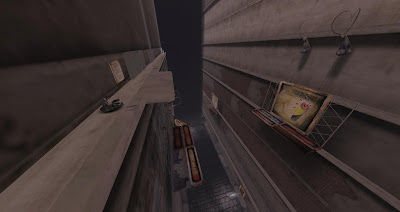 The next scene is a somewhat dramatic change from the dark enclosed space of the mannequin room.  You walk up a ramp and out past a window onto a ledge overlooking the street far below.  If you don't immediately fall off the edge as some invariably do, then you will see pigeons and feathers strewn along the ledge.  Towards the end sits Imogen sewing the next part of her disguise together.  A set of wings.

She stepped through a window
and onto the ledge
the wind in her hair
and pigeons on edge.

to fashion some wings
for her disguise
to join her flock
within the skies. 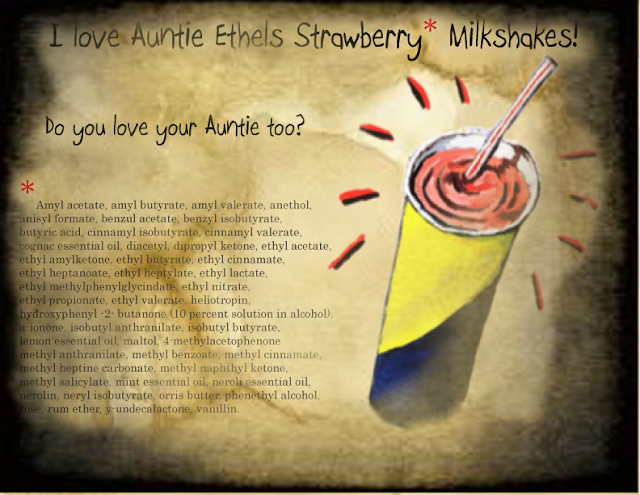 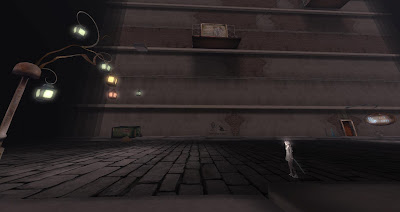 Mounted on the walls of this scene are some ancient advertisements which help to define the society that has now become extinct.  There is the advert for Tar-o-plast 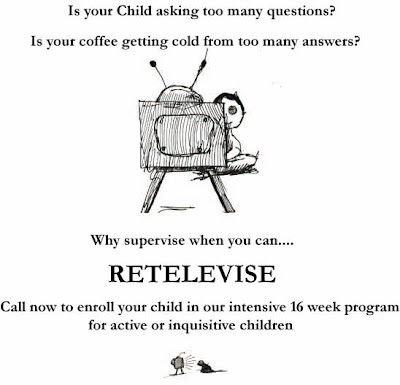 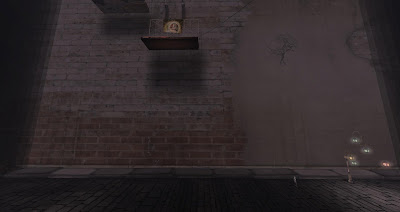 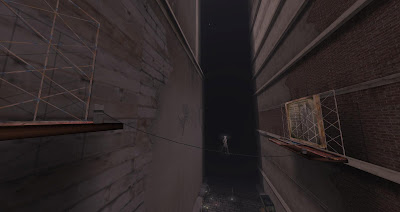 which suggests that you need not ask what is in the product but rather just accept that it works and forget having to ever say no to your child.

Another advert is written in a child's handwriting which I guess means that a child, one who knows good milkshakes from bad ones, wrote the text for them meaning we can trust that other kids will like it as well because, you know, this mystery kid is vouching for it.
It confusingly implies that if you don't like Auntie Ethels Milkshakes then perhaps you don't love your own Aunt.  It also, disturbingly, states the ingredients that often masquerade for strawberry.  Sadly this is not something I made up but rather an actual list of ingredients.

On the walls are spray painted adverts attempting to appear as graffiti.  One is for Retelevise, a service that offers to free up your own personal time by addicting your child to the TV.   Below is the full advert for Zinger the rocket dog. 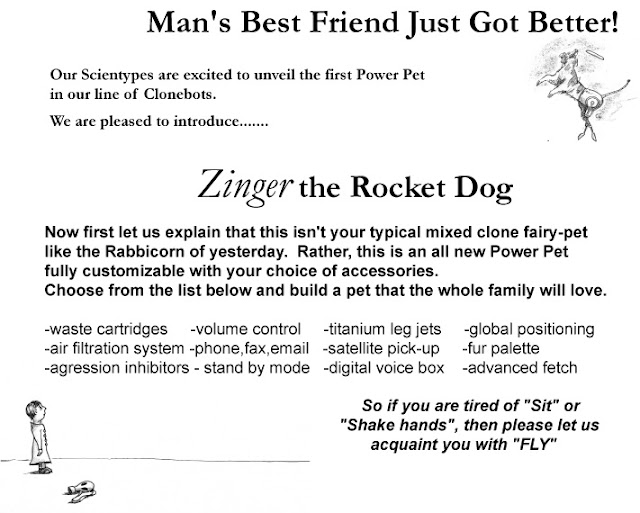 In most of my adverts I use the term "Scientypes" which refers to actors in white lab coats.  A type of scientist that we can't quite put our finger on.  Someone who seems to be quite intelligent and trustworthy yet is merely an actor or pseudo professional with hazy qualifications.  When you need a boost in credibility for your product simply insert a handsome actor into a white lab coat.  Works splendidly as a dentist, surgeon/doctor, scientist or Alberta tar sands environmental expert for either side of the argument.
Zinger is actually a character I made up years ago and is the pet of one of my other early characters named Mr Lightbulb.  I am sure nobody remembers him but he exists in my very first machinima (which is terrible) but I will put a link anyway.  I keep flirting with the idea of making this story one day as well.   Always something seems to get in the way though.
Email Post