Imogen - To fall and become aware 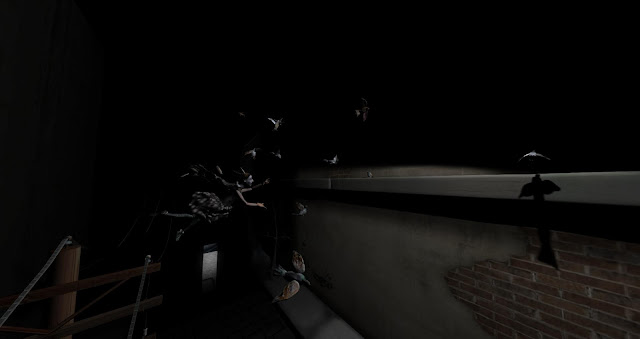 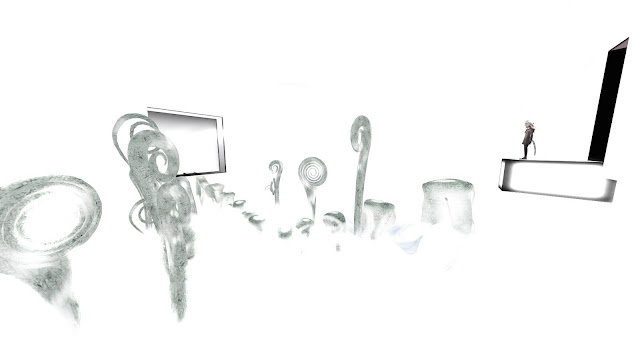 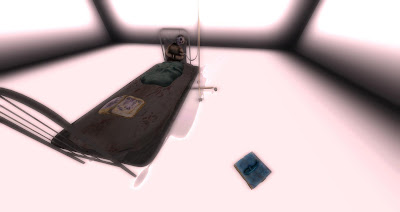 Imogen rushes to the pole outside her bedroom window and climbs up while in her carefully constructed disguise.  The pigeons are not in the least bit fooled and immediately fly off.  In desperation Imogen tries to follow them and falls to the ground. 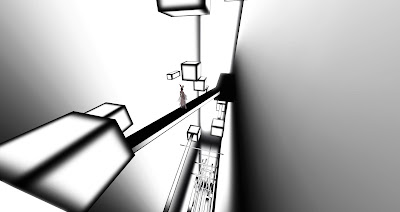 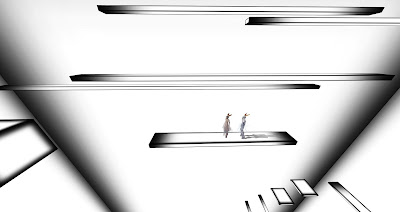 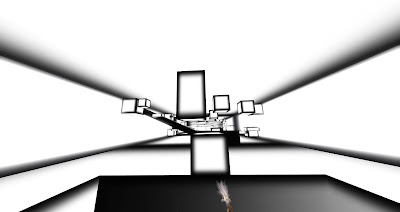 If you cam into the window of the room you will see her still in bed there, but with the sound of a flatline.  Her true death in the asylum coincides with her death upon the street.  Her head rests against the pillow with her eyes pointed towards the book of whales upon the ground by her bed.  It is the last things she sees and is woven into her new reality.
Imogens life has been stored in the computer for a century, and she has evolved into a form of consciousness over that time.   Since her life is now made up of a computer language, descriptions in text, her desire to change the way her life was lived and its outcome acts as a virus within that memory.

She began to alter the seemingly hard coded events of her life by originally creating an escape which would have been that fairytale life with the pigeons outside her window.  A mere empty fantasy.

Without much control or direction she moved through a dream like state to try and find what she needed.  The pigeons were a distraction and it is at this point that Imogen begins to take control of her recorded life and memories.  The white room is her transition into an awareness that she dictates her life despite others writing it.  She descends through this obstacle and comes out the other side.

Her love is a virus and she wants her child back.   She will let nothing stop her now.