I will be posting my top ten favorite builds from 2010 over the next little bit, and each year I put up my Elevensies which are builds that were pushed out of the top ten over the course of the year.  Last year I had two Elevensies movies 1 and 2  and the year before that one.  I would like to mention that I am not proclaiming my top ten to be the best works in SL over the past year, they are merely artworks I liked.  They are not ranked by difficulty in creation and in many cases large full sim builds made by teams of people have less effect on me than a small build by a single person who made something I found compelling.  I appreciate great scripting but it must be accompanied by a firm understanding of aesthetics.  While on the other side a nice sculpty statue of say Michelangelo's David does not impress me unless it does something unique to this medium.  I personally like things which are not reproductions of previous rl works but rather compositions appearing out of the unique mind of SL residents.  But then that is not a rule either.  In the end they are just works that stood out for me.  I often go to well publicised openings or competitions only to find that they did not affect nor inspire me, that winning pieces were pretty good but some losing ones were brilliant.  And I should also mention that I don't see everything built in Second Life.  I am sure that plenty of builds come and go without me ever being aware of them.  The NPIRL blog was a great resource when it was around but sadly I have not found a really good replacement, so as a result of this void it has become quite a bit harder to find things.  I also try to pick things that were created within the last year.


Soror Nishi is not someone I know particularly well on a personal level, but I have seen her botanical work around Second Life for ages.  I think the first time was for an event called the Garden of NPIRL delights a few years ago.  It is a bit of a surprise to me to find Sorors work in my Elevensies because our aesthetics are almost completely opposite to one another.  What I find pleasing to the eye are muted dark builds who create harmony within the piece by using few colours based off of a small area of the colour palette.  I also seem to 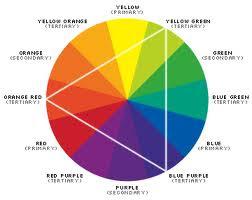 be drawn to darker subjects.  Soror uses high contrast colour placement using much of the colour wheel and her subjects are often based around forests and flowers.  What I mean by this can be seen in the colour wheel here.  One way to create harmony is to combine colours from the wheel by using shapes.  There are Dyads, Triads, Tetrads, Hexads and so on.  The triangle shown on this wheel is a Triad.  If you work using a variation of those three colours at the points then you will get a harmonious work.  You can rotate the triangle around to combine any set of colours.  If you draw a straight line across from one colour to a colour on the opposite side of the colour wheel you then are picking the complementary contrast to that colour.  If you mix the pigments of those two colours you will get an almost grey black. They are opposites and push each other to the maximum vividness. 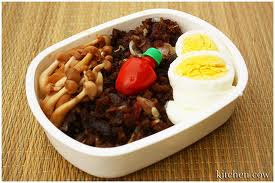 If you look at the image beside us the red and green whatever it is stands out starkly against the harmonious background.  Red and green contrast so when beside each other like this they really draw the eye to them.  There are many ways to create contrast in a work and this is just one.   For example, there is contrast of extension which is about the actual areas of colour and how they affect the viewer.  Contrast of shape would be something like having soft curving lines with one area of sharp line.  So fill a paper with 0s and 8s and then place a few pointy ^ there and they create contrast.  Tons of ways to create contrast and all dynamic works tend to use them somewhere, often in places of import because you want to draw the eye of the viewer there.  High contrast works are very tricky in that when they fail they look absolutely terrible, but when they succeed they are incredibly dynamic.  This work from Soror walked a successful balance.  What enhanced it more was the scale of the work.  I really liked the combination.

Glyph Graves is what I call an art scripter, though I suspect he would disagree with this description.  Much of what I personally like about Glyphs work is the ways he uses scripts to achieve things.  For example, you can make an alpha texture using a few colours and place it on a tortured prim.  Then you stick in a rotation script and perhaps a touch of glow and you have a pretty sculpture.  Glyph doesn't stop there though, he will often then compose a script which brings that work to life, a script to let if fly or move on the ground.  It may also have some interesting characteristics such as changing colour depending on the direction of the SL wind or be connected to data from an outside source such as movement of amoeba in a petri dish.  That info on the amoeba will then be transferred to SL and force the movement of his creations.  In the machinima is shown a build he did for the World Expo set up by Aino Baar.  On mountain tops were some humanoid sculptures Glyph made.  They were nice and around the sim were evenly placed secondary works for the viewer to enjoy.  What made this build special was when the viewer interacted with a tree (made by Kazuhiro Aridian) in the centre of the sim.  When touched the static figures on the mountain tops transformed into glowing orbs which then converged in the middle of the sim.  There they then did a sort of performance or dance intermingling their colours and after a while flew back to their mountain tops and transformed back into the humanoid sculptures.  This added feature then introduced a sense of wonder and magic to the build.  It was an intelligent use of scripting that pushed the build forward into something unique to SL.  Scripting can be very ungainly but in the hands of Glyph it brings forth a beautiful sense of life.
Email Post

Mab MacMoragh said…
Both these artists and builds were among my top favorites of 2010... :)

and they go very well together

Robward Antwerp said…
Wonderful choices Bryn… love the machinima, well written and informative. I too find the works of Soror & Glyph compelling. I’ve commented in the past on Soror’s remarkable use of color and luminance. Both her color choices and shapes remind me of the glasswork of Dale Chiluy. As for Glyph… again the use of color but also Glyph’s imaginative and incredible scripting always amazes me.
Despite all its flaws SL (and now the evolving metaverse at large) creates a place for me to open the doors to my own creativity… works such as these inspire me to continue that exploration.
January 24, 2011 at 9:25 PM

Bryn Oh said…
Thanks Mab due to your generosity many artists are given the chance to excel. Thanks Rob, its an interesting comment to compare Sorors colours to that of a glass artist, because in a way what we see on our screen is closer to stained glass that the example of pigment mixing that I used in the post. Its a different colour theme on the monitor with RGB but the principle is the same.
January 25, 2011 at 3:48 AM

Anonymous said…
Can you please one time stop with that high resolution glittering water movies. The way you film it makes every artists work look like one of you own slow sleeping cocktails. Try to add some death metal, jodelling or hawaiian hullahoop music to prevent every viewer to fall asleep after one minute. You don't like FIC list, maybe you should stop yourself also with the listmaking or just give us the LM if you feel we must know what you like.
January 25, 2011 at 1:14 PM

Bryn Oh said…
Thanks for your comment Saveme. I read between the lines and realized that you love my work. Thank you I appreciate that.
January 25, 2011 at 3:35 PM

Anonymous said…
I see some talent hidden somewhere, that's why I invest time to bring you to the right path. You are welcome.
January 26, 2011 at 3:39 PM

Semaj said…
haunting music, space navigator, ms. soro's other wordly trees/magical dragon and your direction = friggin cool machinima, love the edit at 1:09. saveme wants just a LM. screw that. your machinam journal of your sl travels is another art work unto itself. Hawian yodeling death metal bagpipers from hell is getting old anyway Saveme. Thanks for the video trip b oh and yet another band I'll have to check out.
January 26, 2011 at 10:52 PM