The third and final chapter to my Rabbicorn story is coming to a close at IBM.  I forget exactly when Standby closes but will be in a few weeks, so if you wish to see it then do so now because it likely wont come out again. 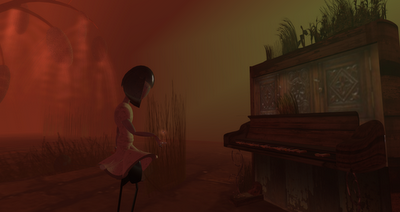 It's made up of       14 973 prims so in order for it to come out again it would have to be on an empty sim that someone offered which is just not very likely to happen.  The show itself was quite successful with thousands of visitors and some good news is that IBM have decided to renew the two exhibition spaces for another year which they had considered letting go. 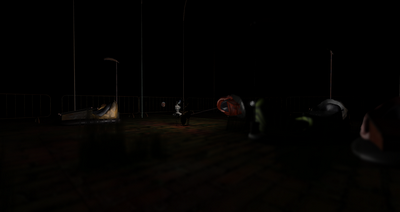 I have been working on the machinima for this build and as soon as I get it finished I will pop it up on here.  Also I have plans on making it into a book as well so will post that when it's ready.

I apologize to those of you trying to contact me over the last three weeks or so as I have not been online as much.  Sadly the person whose wireless I was swiping had the temerity to put a password on their account.  So I have been forced to steal wireless from places with poor signals.. sigh.  Stealing is such a harsh word... lets call it "sharing".  We shared the wireless that they paid for.  Actually my friend Nova says that rather than being a parasite as I described it, I am more a butterfly who samples different wireless connections.  I much prefer her description. 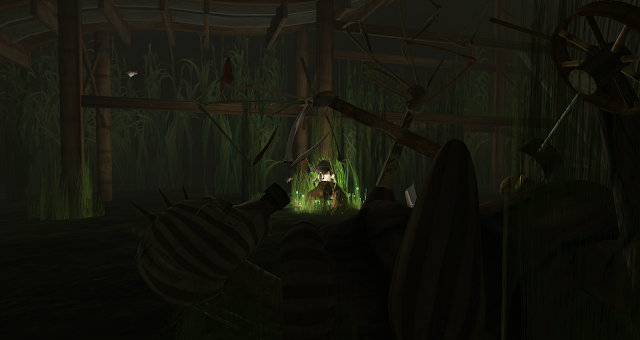 If you need to catch up on the story so far here are my previous two posts along with the machinima.

Part one The Daughter of Gears http://brynoh.blogspot.com/2010/09/rabbicorn-story-part-one-daughter-of.html 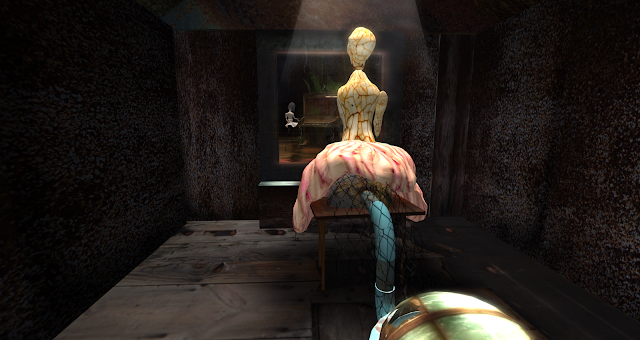 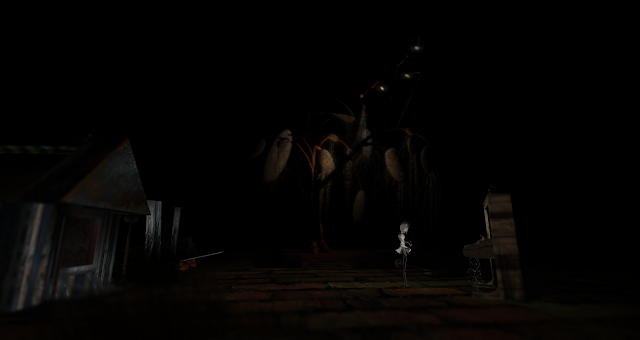 Semaj said…
your poor little butterly needs more than sips from the wireless forest, time for a MOTHRA upgrade...sorry to say bye to Standby, I'll miss the painting beind the stage the most, never got through Snowmagedon to see it in the boston bank :(
January 12, 2011 at 4:32 PM

Bryn Oh said…
I will miss it too :) Ah shame you couldn't go see my painting. If anyone is in Boston for whatever reason, the painting you see behind the stage with Lady Carmagnolle at the very beginning of Standby is on display at the Federal Reserve Bank in Boston in RL. I guess you would have to go inside and ask to see it ... not sure.
January 12, 2011 at 8:16 PM

Natsuki Morigi said…
Thank you Bryn for Standby, I will miss it dearly too. It has been a glorious journey of discovery every time I have visited. I look forward to the opportunity to buy a partner book to the Rabbicorn.

Anonymous said…
I'm sorry to see that Standby will be closing soon. I love this series of installations you have done—so beautiful and sad. I look forward to seeing what you do next.
January 16, 2011 at 7:59 PM

Runescape Gold said…
Your own gear that you just put on provides numbers of the company's personal. These kind of statistics display your current character's weaknesses and superiorities RS Gold. They're your current invasion as well as safeguard additional bonuses. You can find half a dozen classes for the bonuses. They may be cut, slash, smash, miraculous, power, and range. Cut can be a going through strike in which will additional injury versus chainmail. Slash is definitely an profitable consideration, and really does further damage in opposition to lighting armour the same as gowns or perhaps dragonhide. Smash is generally a extremely successful invasion versus hefty battle suits like platemail. Hammers as well as maces typically perform probably the most hurt with grind. Magic inflicts little injury using swords and the like, however is very effective when working with an employee. Ranged just isn't successful along with hefty shield about Runescape Gold. Dragonhide or leather-based works exceptional for ranged attacks. Power can determine the amount of damage a person struck. Greater flattened tools give better signup bonuses.
January 11, 2012 at 2:57 AM

Anonymous said…
your own poor
Buy rs gold minor butterly demands greater than sips through the cellular do, time for any MOTHRA upgrade...sorry to say ok bye to help Standby, I'm going to miss the actual painting beind activity is one of the most, never ever acquired by means of Snowmagedon to findgw2 gold out the idea inside boston ma traditional bank
August 6, 2012 at 2:51 AM

All RS Items Up to 20% Off to Get Start Runescape EoC!

Have you heard of runescape Evolution of Combat(EOC)