Late next month I will be doing a talk for York University on creating virtual art and then I will delete Lobby Cam and hopefully put down something new for November.  Sooo what that means is it's time to start doing a walk-through of the story for Lobby Cam as I do with all my builds as they come down, and I will start that next week I think.  It's been a great success and I hope to create something quite different for the next one.   I am generally most comfortable working in a dark palette for my artwork.. and the Singularity of Kumiko kind of took it to the extreme with the completely dark environment with just a flashlight to see.  I could work endlessly that way as I do really enjoy it, but it is good to challenge oneself with things outside our comfort zone so for Lobby Cam I decided to create something bright and warm.. colours I don't normally work in.  I wanted to fashion something 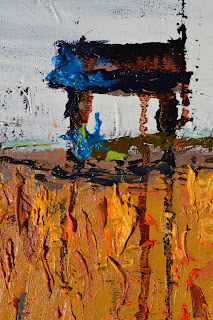 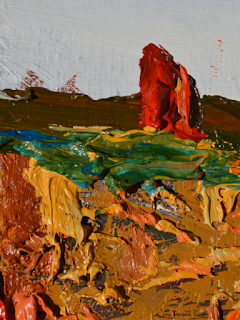 that depicted a portion of Canada, the country I am from.  When I was a child I loved being in great fields of wheat or playing hide and seek in the cornfield.  I also loved laying under a willow tree and just watching the branches gently sway.  Actually I still enjoy that but perhaps it was from having all the time in the world and nothing pressing to do that imprinted those memories on me.  I think I stood in the fields mostly due to ennui, boredom and the fact that I had nothing else to do some days.  For this build I thought the wheat would create a nice environment so I went in that direction as wheat, especially in Saskatchewan the province the build resembles, is everywhere.  In Ontario we have vast fields of wheat too but in Sask it's like an ocean.   I bet there are some wheat fields in Canada the size of small countries, and while that is kind of a joke I wouldn't at all be surprised if there really are some shockingly huge fields of wheat here.  Anyway, the field had to have one very important element or I didn't want to do it.  It had to blow in the breeze like waves in the sea and the sound of wind had to coincide with its movement.  I didn't want a static field.         Technically, to create this in SL was pretty tricky and the credit really goes to Caer Balogh.  She took my initial stumbling attempts at creating this effect and then perfected it.  I love to just stand in the field using the Occulus Rift and hear the red winged blackbirds sing, the wind and just watch the wheat sometimes gently blow or be violently gusted about.  One of the great things about the field is that it's random... it doesn't follow any pattern of wind strength or direction and the windmill itself blows in the direction of the SL wind too.  Yes SL

has wind if you were not aware of that :)  The field can also be set to work with the SL wind following its pattern.  In the end though the random effect worked better.

Anyway, so next week I will delve into the story and then eventually get to some of the visitors contributions.