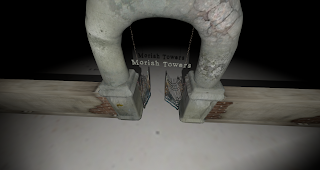 From the toy room Isaac has packed some things to include on his adventure with his Father.  Various objects including his toy wooden Ram.  In the original story they climb a mountain called Moriah which I have changed to the Moriah Towers apartment building.   The viewer passes a spotlight that follows their movement as though being watched or similar to a spotlight at a prison camp.  They come to the gates and pass through, following their own shadow, then soon arrive at the steps to the apartment complex.  They climb and at the first landing Isaac stops to ask a question of his father 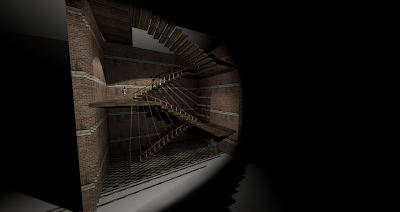 Isaac:-“Father?”
Abraham: “Yes, my son?”
Isaac: “The sky is clouded and there are no stars.  How will we see upon the building?”
Abraham: “God himself will provide the fire, my son.” 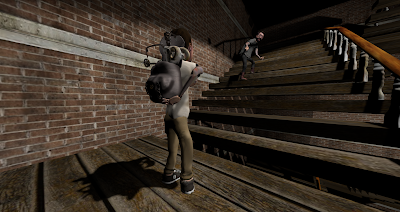 The original from the Bible is below.

“Yes, my son?” Abraham replied.
“The fire and wood are here,” Isaac said, “but where is the lamb for the burnt offering?” 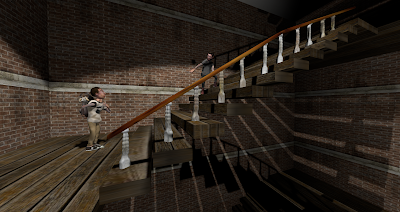 Abraham answered, “God himself will provide the lamb for the burnt offering, my son.” And the two of them went on together.

Isaac follows his father with complete innocence and trust, as a child would do.  For to a child their Father is God, there is nothing above them. Only a mother who is his equal.  Isaac follows his God obediently while Abraham follows his own both in error it seems. 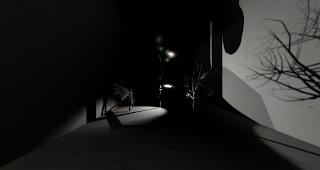 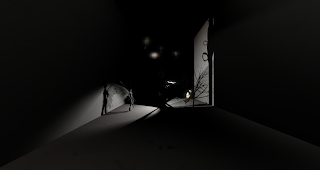 One of the most important things for me when I build is to experiment and play while I do so.  I have been doing both of those things with light and shadow.. well seriously since the Singularity of Kumiko.  The entire build, for me, heavily focuses on light and darkness and the interplay between them, and the emotional reaction.  The shards of light passing through the steps for example, or further along is a chaotic play with rotating lights and cast shadows.  I have taken two images to show the constant variations as they turn.  Go visit if you wish to see what I mean.  The viewer now passes through a monochrome interpretation of how I imagined a mildly dreamy steampunk version of Heaven as we approach Gods throne room.  There is an Orrey housing planets who slowly revolve around the Sun.  Galileo angered the Pope with his views that the sun rotated, and planets orbited the sun rather than Earth.  For this he was put on
trial by the Inquisition and found guilty of heresy.  He was forced to state that his findings were incorrect and even still was imprisoned, then later put under house arrest.  The Church monitored his travel and communication, censoring his writings and placing them in the index of prohibited books. 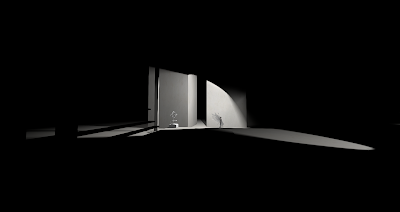 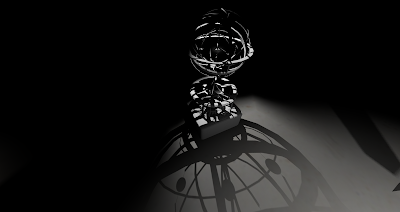 The way I approached this project was to try and see it from both a macro and micro perspective.  So on one hand we have the story of a Father and son and a request/demand made by an authority figure.  On the macro level there is the reference to Governments and Churches who wield powers which able them to censor thoughts or send its youth off to wars shrouded in propaganda and misinformation.  The need to question rather than follow in blind obedience. Who is God and who is Abraham and then who is Isaac in our society?  In the end I tried to understand who is God.  Why would he need to test someone in this manner knowing there is not a balance of power from which Abraham could refuse the demand.  The last portion of the build deals more with these questions and that is what I will focus on for the next post.