It's Possible I am evil 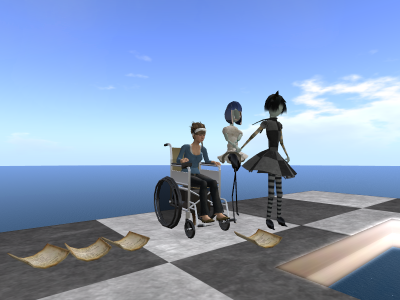 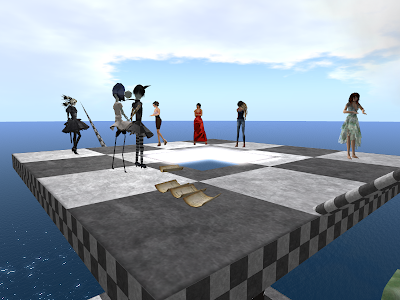 I had an art show at LALA Lightfoot's gallery yesterday where I went through some of my sculptures and showed everyone all the little secret areas in them. When the talk ended we all kind of stood around looking at each other and someone suggested dancing. I for one hate dancing in SL so I voiced an idea. An evil little idea.
"Why don't we all go over to Caerleon Island and climb my Tower?"
So we went over to the island and while I did apologise beforehand I still sent them up it. I watched all the poor little things go in the front door and then positioned my camera inside the tower looking down. They climbed and fell and climbed and fell and I laughed and laughed and occasionally shouted encouragements. I heard some fantastically creative swears that day. In my glee I didn't notice Whispering Hush quit the tower in disgust and come up to me. I suggested she join me in watching everyone try and climb it with her cam. She did and immediately said "ooh your evil".

Soooo that's the question then isn't it? Am I evil? Evil is such a strong word. I mean like Satan is an evil little pantload poking everyone in the arse with his pitchfork for eternity. I am hardly that bad. 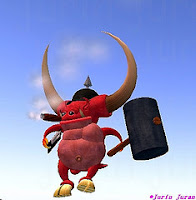 .
And while you should never judge a book by its cover you should
always judge a person by their avatar. Is Madcow evil? he has
always been very nice to me when I have spoken to him but then
again the Devil would be wouldn't he? Just look at that freaking giant
hammer! and those beady little eyes always looking here and there.

So in conclusion I would have to agree with you, the reader, that
Madcow Cosmos is indeed evil.
Email Post

Bryn Oh said…
Oh god its spiral..... clearly I was aquitted by myself in my own article of being evil. We just have to move on Spiral, because tomorrow is another day.
November 14, 2008 at 9:14 AM

Anonymous said…
Yeah I agree with Bryn Oh she is so right. She is soooo cool and pretty too. And Spiral really is the one who must be evil.
November 14, 2008 at 9:16 AM

Bryn Oh said…
Thanks Anonymous I totally agree with you and thanks for those wonderful comments about me.
November 14, 2008 at 9:18 AM

Anonymous said…
Oh np Bryn. In fact I have made a list of great things about you or just words that apply to you.

Anonymous said…
And I also made one about Spiral.

Anonymous said…
Haha No I don't think you are Evil Bryn, you just give us the opportunity to torture ourselves [sure you sit back and watch but hey who doesn't want to see their handy work in action ;) ] so you're just an enabler... so not Satan more like Satan's monkeybutler.