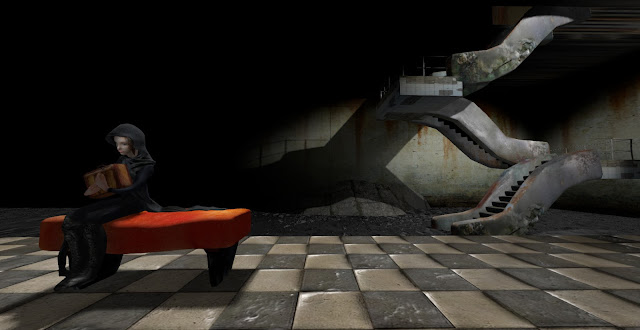 When the visitor begins the story of Hand they appear on a Subway platform in the dark.  Behind you stands a water damaged angel statue, and before you sits a cold and damp platform long abandoned. 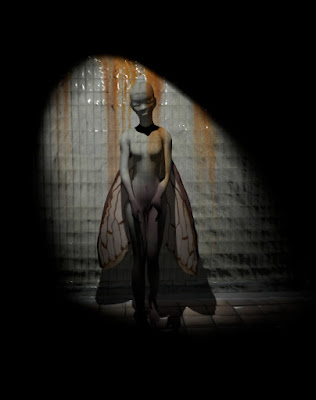 A Subway car sits over flooded tracks in a state of decay.  On a bench sits Flutter, or as some call her Flit.  The other kids call her this because she moves through the city quickly from place to place like an agile swallow in the sky or at other times she seemingly has no direction at all much like the erratic broken flying of a moth.
Flutter sits on the bench holding a suitcase tightly to her chest.  Inside is something precious to her which she has looked to find for a long time.  She has been traveling along the subway lines and tunnels to different stops searching for something which she has now finally found.  We discover her resting on a bench listening to the ambient dripping of water in the unnatural quiet of a place that, in another time, was bustling with people who also flitted and fluttered about the city.  Flutter and the other children live in this world almost as anthropologists trying to piece together what it used to be like.  They bicker and debate with each other what the old world used to be.  They have never seen a moving Subway car nor are they aware that the escalator in the background moved on its own rather than being a static set of stairs.   There are hints 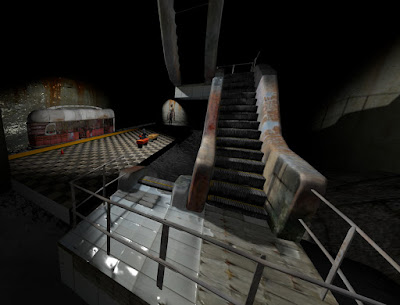 all over the city of what it used to be like, and they have all developed a nostalgia for this imagined world.  A nostalgia that should be so foreign to children.  There is one thing they all desire more than anything else, and Flutter has found and carries it back to them in her battered suitcase.

The visitor walks up the steps of the escalator and comes out to the bright world above.  A juxtaposition similar to the unearthly quiet of a once bustling subway. 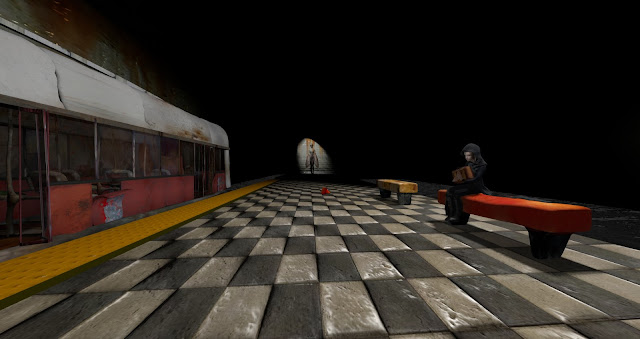 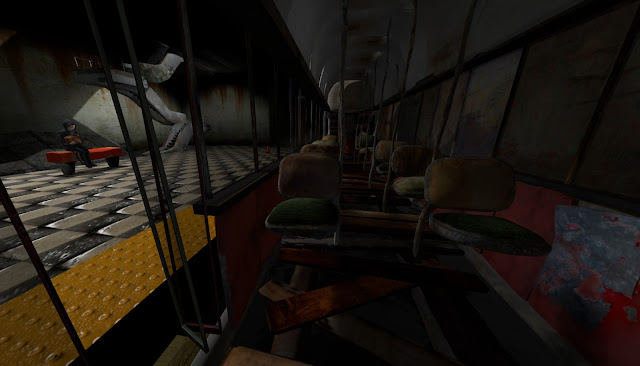