The Singularity of Kumiko letters 1-3 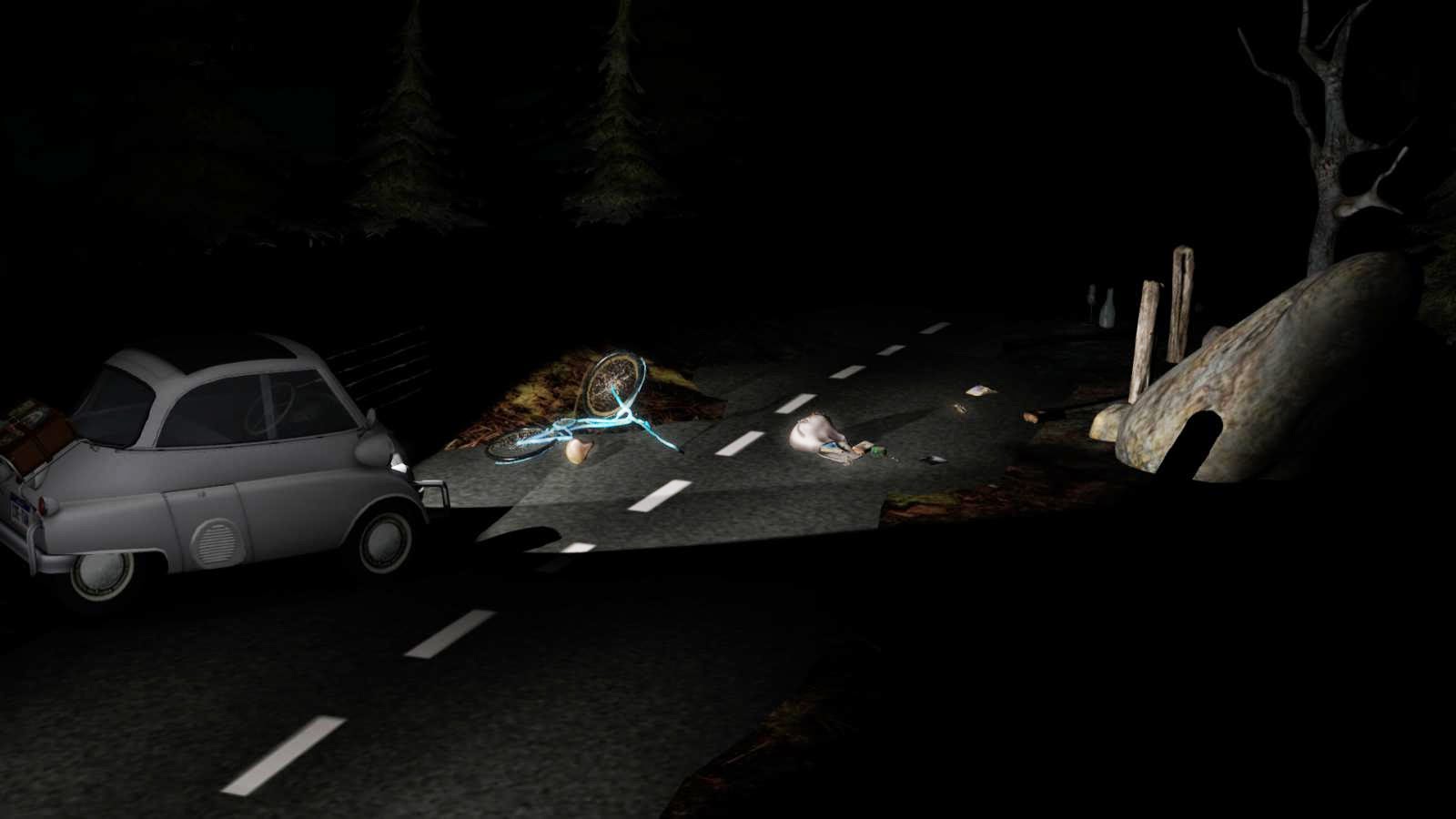 In entering the Singularity of Kumiko the visitor is greeted by a chorus of crickets and ciccada.  Walking through the trees to a lit area reveals a scene of a car accident.  There is the sound of the crickets but in between is a deep silence.  You can almost imagine the squeal of tires and the crash of the bike falling.  The frantic driver pacing and mumbling or weeping.. but that is just an echo now.  From chaos to silence in five minutes? an hour? 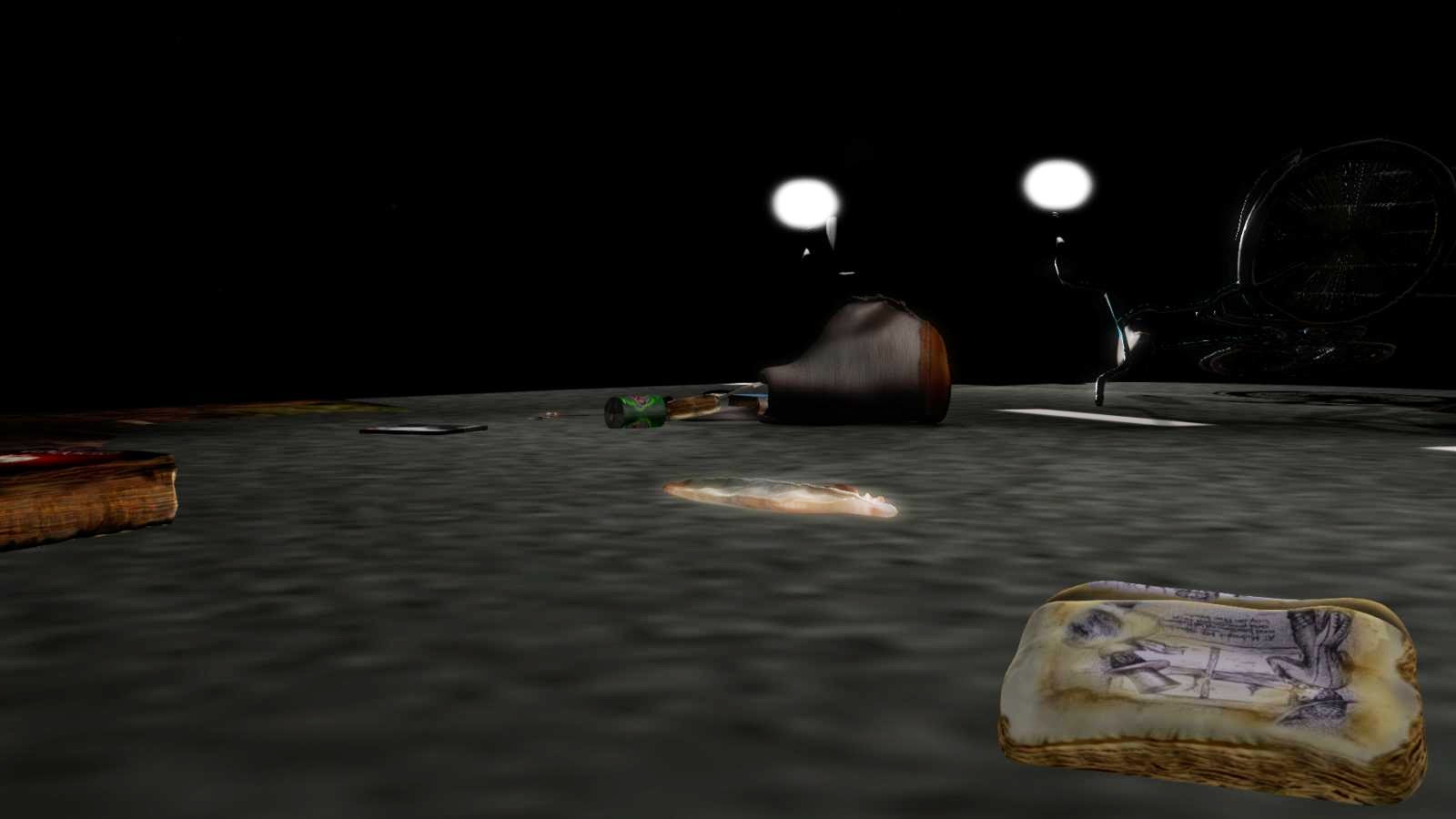 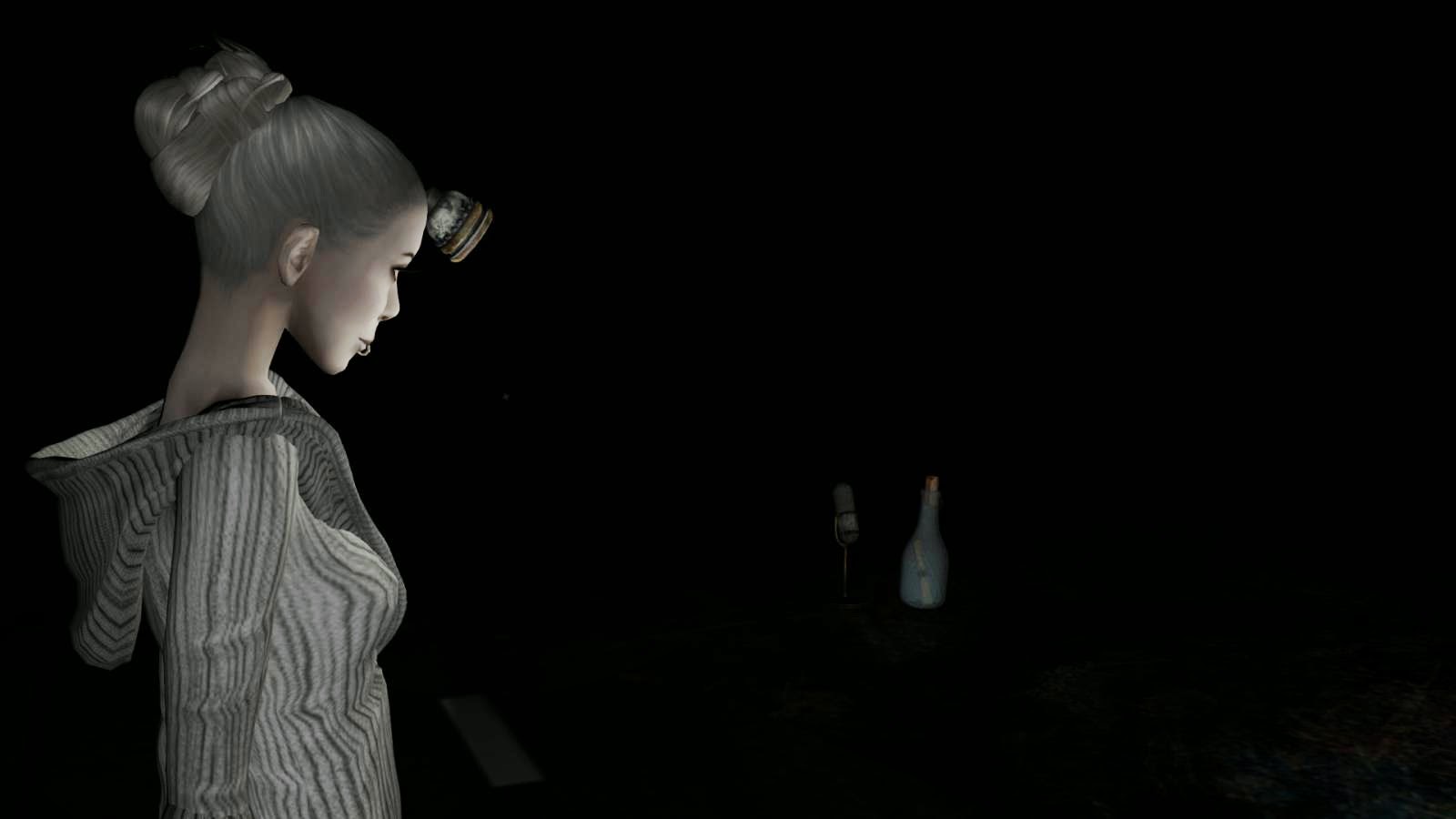 By examining the backpack on the ground we find a few hints here and there.  For those who experienced the previous work, Imogen and the pigeons, they will
recognize the book on whales, the feather and the pen and ink storybook.  Not far away is a bottle with a message inside.

Iktomi are you the one who sends me messages by bottle?

Bottles that unerringly find their way across the ocean to my shores?

It is an island that I reside on, I am certain, for I have
walked its edge so many times.  Much like the perpetual dark of this place my memories also resist illumination.

Where I am and what happened to me are mysteries.  I walk the island and it feels like a memory box fallen from the shelf, its contents strewn across the floor.  Everything is familiar yet somehow indistinct and rearranged.  It is almost as though I am being reassured from a distance by forgotten keepsakes. 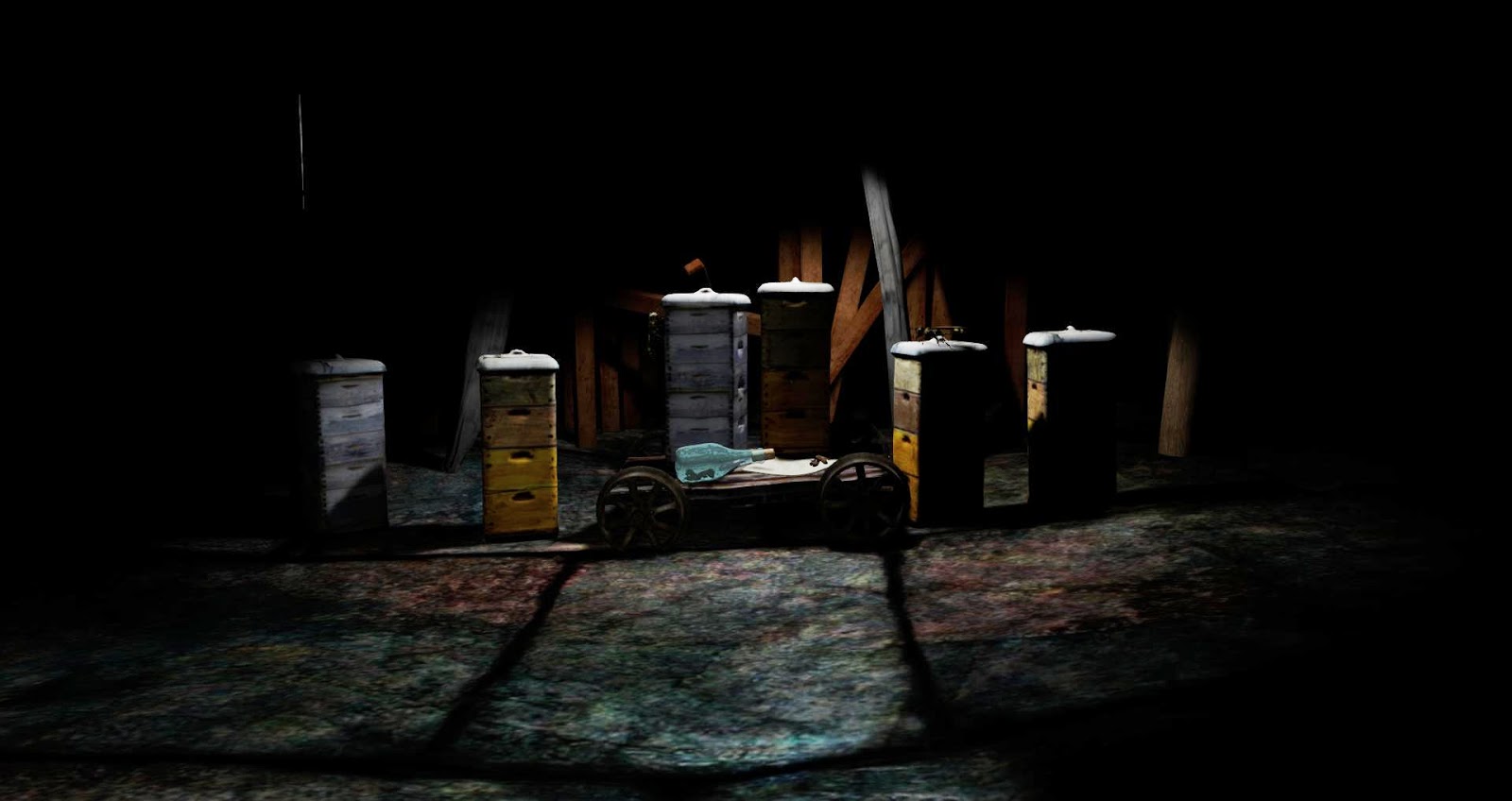 These are messages that Kumiko writes herself and releases to the water surrounding her island.  The messages seem to reach her love Iktomi and over time she discovers responses, on USB sticks,  by him, washed up at various places for her to find.

We look around and know not where to go.  It is all darkness in the woods yet we see just off the road a bit what appears to be, upon getting closer,  stacks of honey bee hives.  All empty except for a few machine wasps, a child's drawing with a some dead bees upon it, and another bottle with a USB inside.  Clicking on a wasp brings up a machinima poem called Format whose question is one I have pondered for a while now.  In the bottle we find a message from Iktomi. 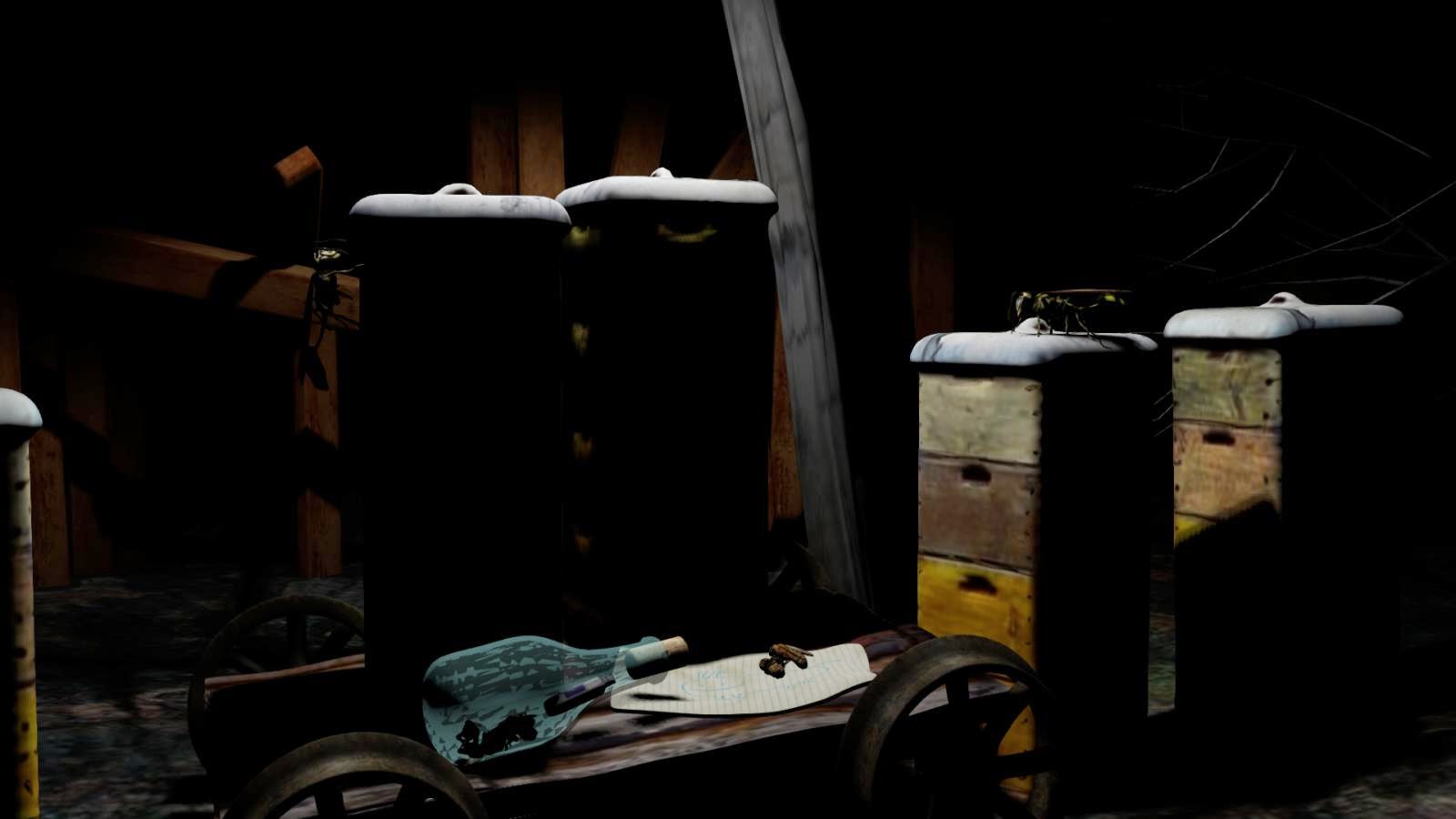 I know how disorienting this all must be for you.

I wish, beyond anything, that I could be there now to explain, but they tell me I cannot and must not.

I do, however, have a surprise for you.
Do you remember little Mr Zippers?  Your Power Pet?  Of course you do.  Well right now he is making his way there to keep you company.  I remember how protective he always was of you while you were growing up, and then once the Love program was installed on him ... well you were inseparable and I was surprisingly jealous.  I hope he will keep you happy and safe until you return to us. 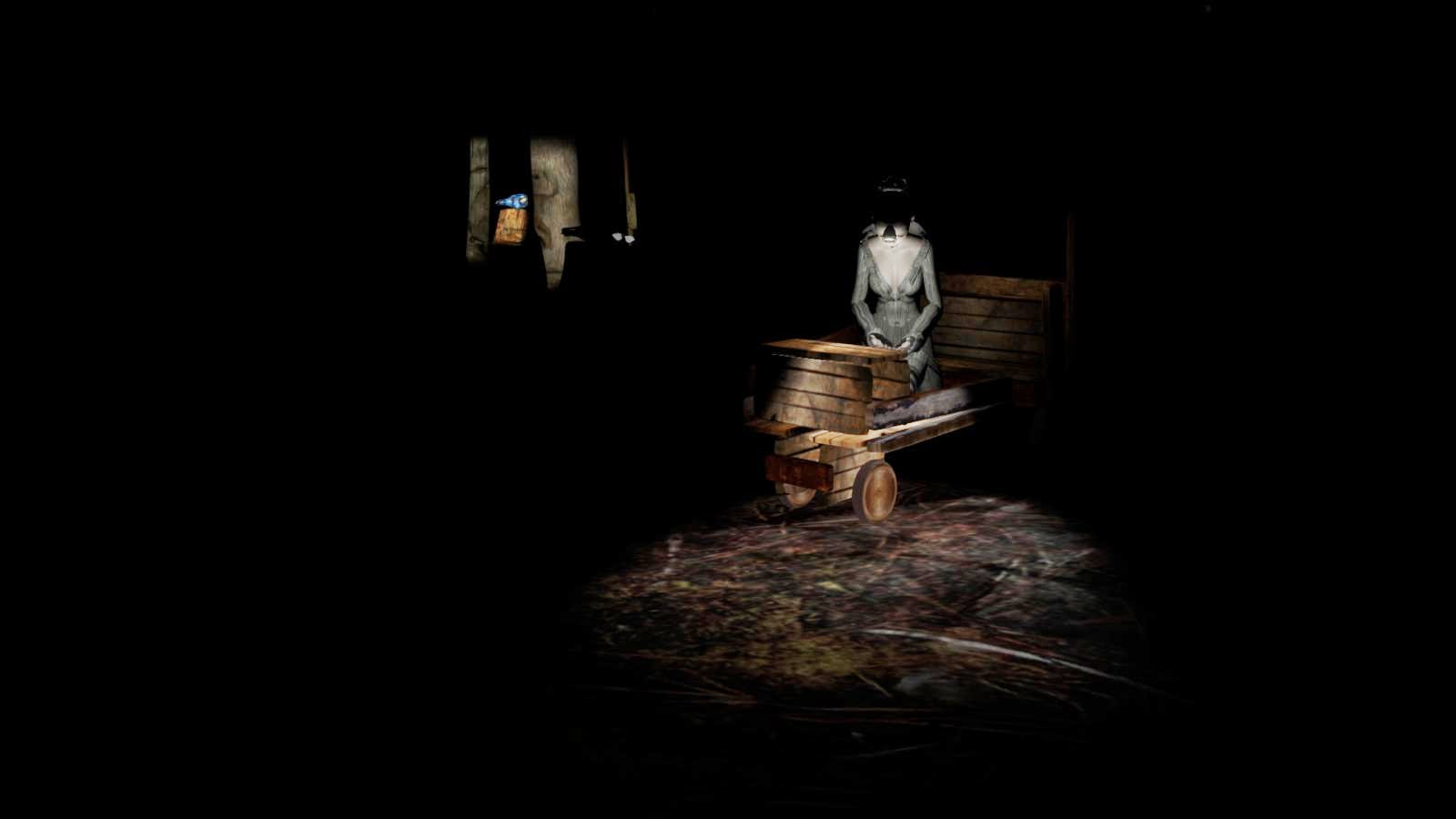 P.S. Your mother sends her love.

As with all my virtual artwork the story is drawn from elements of my own life.  I find the process of building anonymously in a virtual world as cathartic, freeing, and I feel it is important to put myself into each thing I create as, I believe, its honesty is felt by those who witness it.  I am relating something you understand which can be felt, by some, emotionally on a different level than something otherwise fabricated.  For example, Scruff really was my dog and its true the way I described in the letter below how I found him, and the plastic bag shroud.  Bringing him back to me in this virtual world was quite emotional as you can imagine.  It is strange, and perhaps silly but sitting by him in my avatar is somehow comforting.  Oh I know he is just pixels in the shape of my dead dog, but then a photo is just pigments.  For me Scruff is fractionally more alive today than he was a few months ago before he existed here, and hopefully less alive to me now than he will be in my heart tomorrow.

Dear Iktomi:
I found your technological flotsam and jetsam in the form of a USB memory stick today.  No sooner had I read it then I found Mr Zippers pressed to my leg searching out my gaze.  He is the same... yet different here somehow, just as everything is I guess.
I remember as a child when my organic dog died.  His name was Scruff and he was curled up, as though just asleep, on the floor of my bedroom.  I remember poking him with my toe to wake him up so we could go play outside.  I remember how hard he felt when I touched him.

Later my father put him in a black plastic bag and we buried him in the woods where I had found an old bottle once.  He was my best friend.
One day father brought home Slinks newest invention.  A PowerPet.  It was half organic and half machine.  I screamed and cried at the insult.  Scruff could never be replaced by a machine I declared.  My mother was so worried, she convinced my father to buy the new Love upgrade even though we couldn't afford it.  You see the Scientypes said they had isolated the emotion love and were able to code it for a PowerPet.

Or perhaps just a clever program approximating it.  I am not certain, but I did grow to love Mr Zippers, and part of me was always a bit ashamed for it.