#9 Tunnel of Light by Spiral Walcher 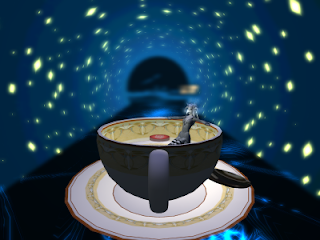 Some of the first things in second life to really make me take notice were done by the Albino AM Radio. I remember being at IBM 6 sandbox and seeing a top hat made by Spiral Walcher. It was hollow and filled with a scene from the Far Away sim. Actually it was a toss up whether I was going to put the top hats here or use the Tunnel of Light. I chose the tunnel because at the time it blew me away more than his wee hat universes. Imagine back... far back.. to the time before glow... It was the time of bling. Everyone and their dog had three layers of bling going and we all felt blingtastic. It was the fashion equivalent of the 80's Flashdance movie. So there we were blinging away and Spiral was working in Windlight on glow. One day he said "Bryn your so cool I really look up to you .. come let me show you something i made" Ok. He never actually said that but somehow I managed to come see it. And going from no glow to glow was shocking to me. And then I crashed. And then I logged back in and then I crashed. Log crash log crash. Damn Windlight was death to my computer. Eventually I coaxed the surly little box into letting me go through it all without crashing and when I was done it had become a milestone in my mind. 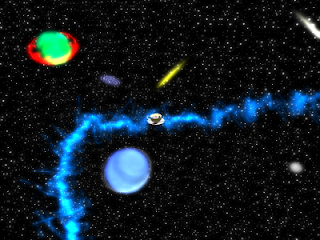