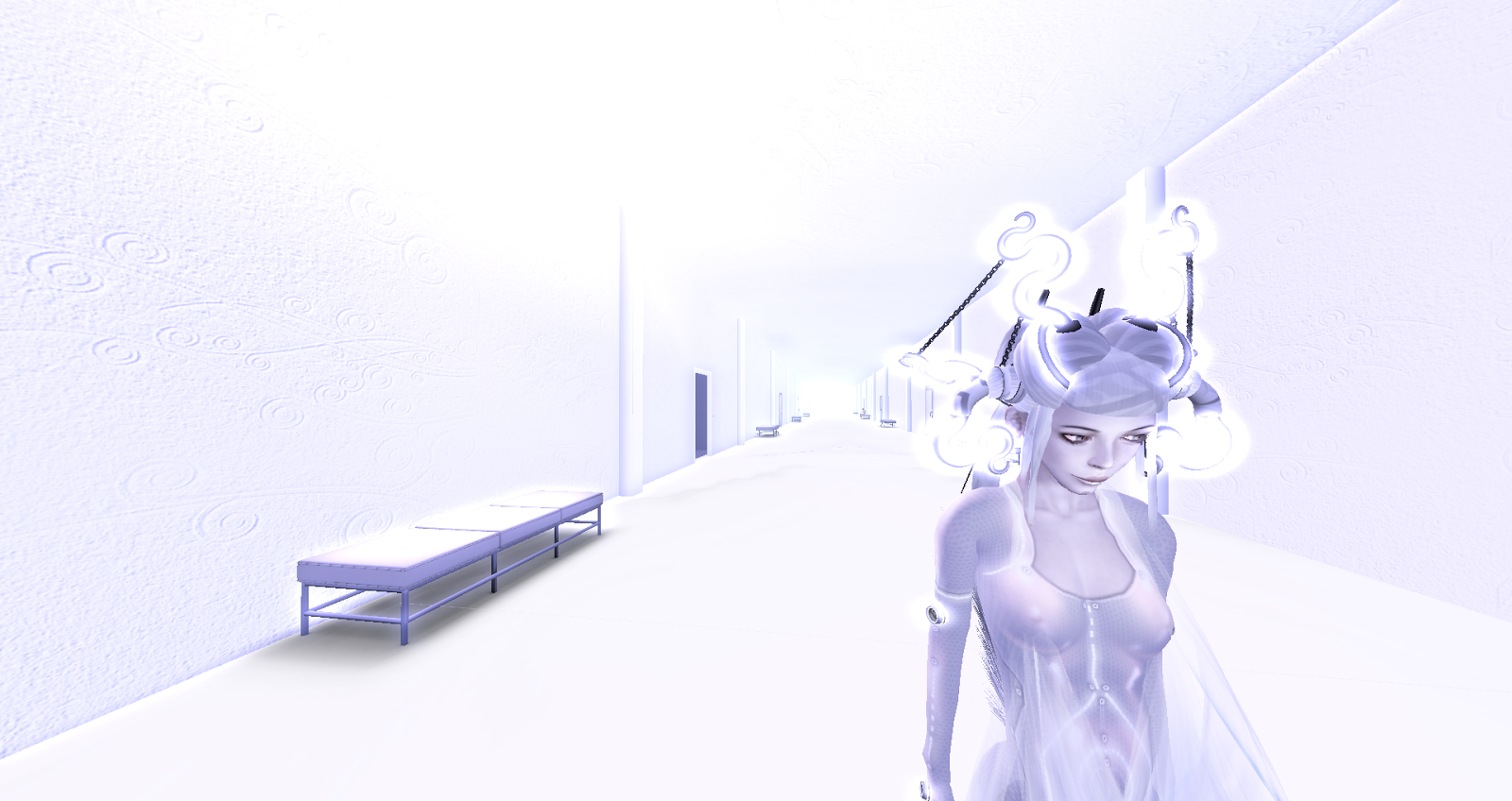 About a year ago I was asked by Kiana Writer of Madpea to create a scene for an upcoming
project they were developing called Unia.  I was quite happy to oblige and wrote a little story and scene within the larger narrative and together with Caer Balogh created a dreamscene called the Drowning.  I was thinking to myself as I explored the finished work today, that, along with the various individual artists we are familiar with working in Second Life, there have also been great collectives that produce truly fantastic work.  For example some may recall Rezzable productions which was run by RightasRain Rimbauld and included artists such as Lightwaves, Pavig Lok, Littletoe Bartlette, Spiral Walcher and others.  They created works such as Greenies, Black Swan and Tunnel of light.  They produced exceptional work yet I think Madpea have surpassed them as the greatest ... team?  Not sure how to classify them.  From Kiana Writers narratives to the core work of Harter Fall, Fae Varriale, Rag Randt, Electronic Mode and the many others.  Scripters such as Indigo Lucerne, Gaius Tripsa and Fuzz Difference along with Arduenn Schwartzman.  They even had custom motion capture animations by Abramelin Wolfe.  Guest artists such as myself, Jaimy Hancroft, Rebeca Bashly and Fuschia Nightfire.  You can see how to play the game and the contributors at this link.
http://uniathegame.com/howtoplay.htm

It opens April 27th.  This was a monumental task two years in the making that nearly broke the team, but they persevered to create a must see experience.