Lobby Cam has been doing quite well as an artwork so far.  For the first few weeks it was hosting upwards of 1000 people a day from around the world.  It has since slowed down to around 300 a day or so, which I think is still quite good when compared to a real life gallery a month after a new opening exhibit.  The total is just over 14,000 visitors so far.


The narrative for Lobby Cam was written in such a way as to walk a moral line with the main character.  The viewer learns of an isolated and lonely man who discovers an inexplicable Lobby Security Camera feed on his television.  A Lobby Cam.  He watches almost like a voyeur and projects upon a girl named Fern who he regularly sees coming in to read her mail.  On the sim the guest uses a hud and collects torn up diary pages to piece together the story.  The artwork was created in layers as to allow the visitor to either simply enjoy the atmosphere without delving into the narrative as some like to do, or to go a bit deeper and learn the story, others go yet deeper and inhabit the main character of the story.  Since the narrative itself does walk a line morally, the idea was to allow people to end the story by writing a letter to Fern explaining a difficult situation and perhaps, if well written, somehow convincing Fern to reply to them.
There have been several hundred letters to Fern now and she replies to each in an accurate manner.  If someone writes that they have been watching Fern on a hidden video camera and are on 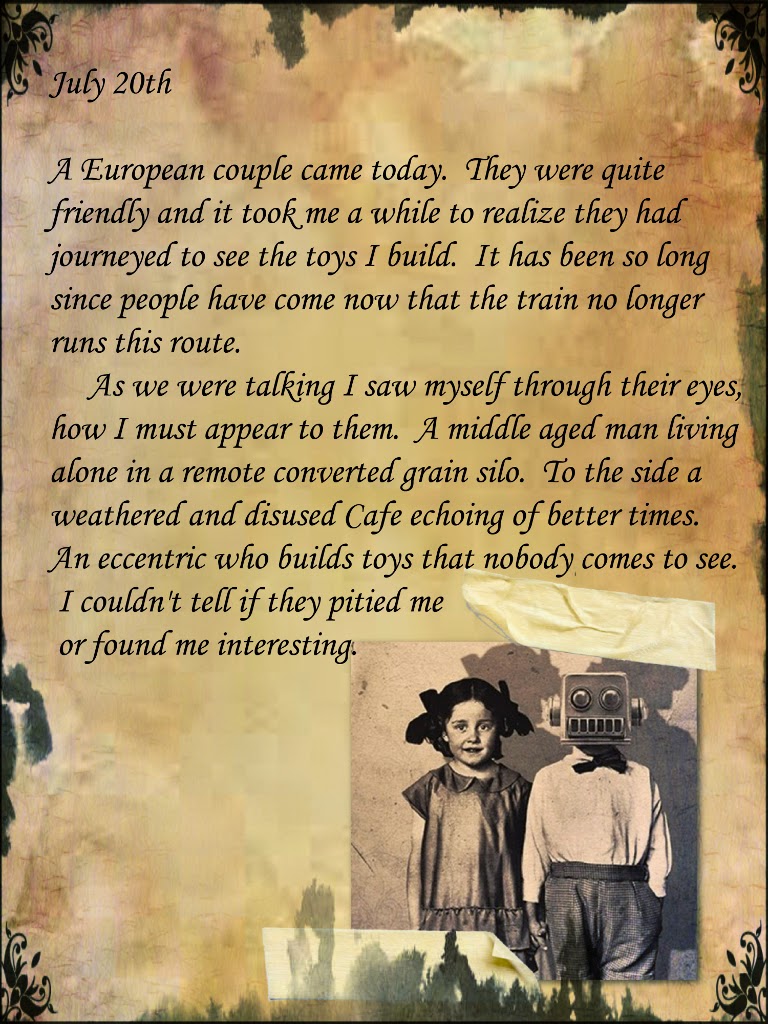 their way to come see her, then Fern will write back informing them she has called the Police etc.  If someone writes a poetic verse with the word "death" in it anywhere then ... police.  It is a difficult letter to compose and some wear rose coloured glasses when writing them.  In a fantasy world Fern would come visit this man in his secluded home and they would live happily ever after, but in reality the outcome might be quite different.
The responses have varied from people finding the main character to be a decent man who is simply lonely and taking a chance on contacting Fern despite knowing the situation sounds creepy and hopeless.. but the man decides he must write or he will forever wonder what may have been.  Others just find the man to be creepy and disturbing.  Each visitor brings their own perspective to the story and in the end must champion the main character with their virtual pen and paper.  The idea being that the visitor is not simply an invisible guest to the narrative, but rather they have an avatar presence with their real life body and environment becoming secondary for a short time.  Not absent but muted.  With the Occulus Rift this reaction is particularly effective.   I am including a few Letters to Fern that I have received.. a mix of well thought out letters and .. well .. a disturbing one.  I think it is important to show the range.  I don't see multi user virtual space art as separate from the people who visit the work, their interaction is a part of the work itself that flavours the final concept or message.  I am not sure if I needed to ask permission to post them, but have done so as a courtesy for each person. 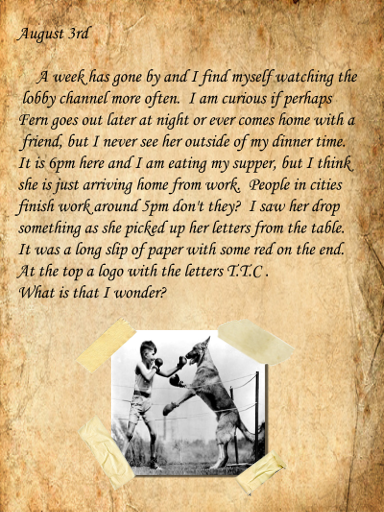 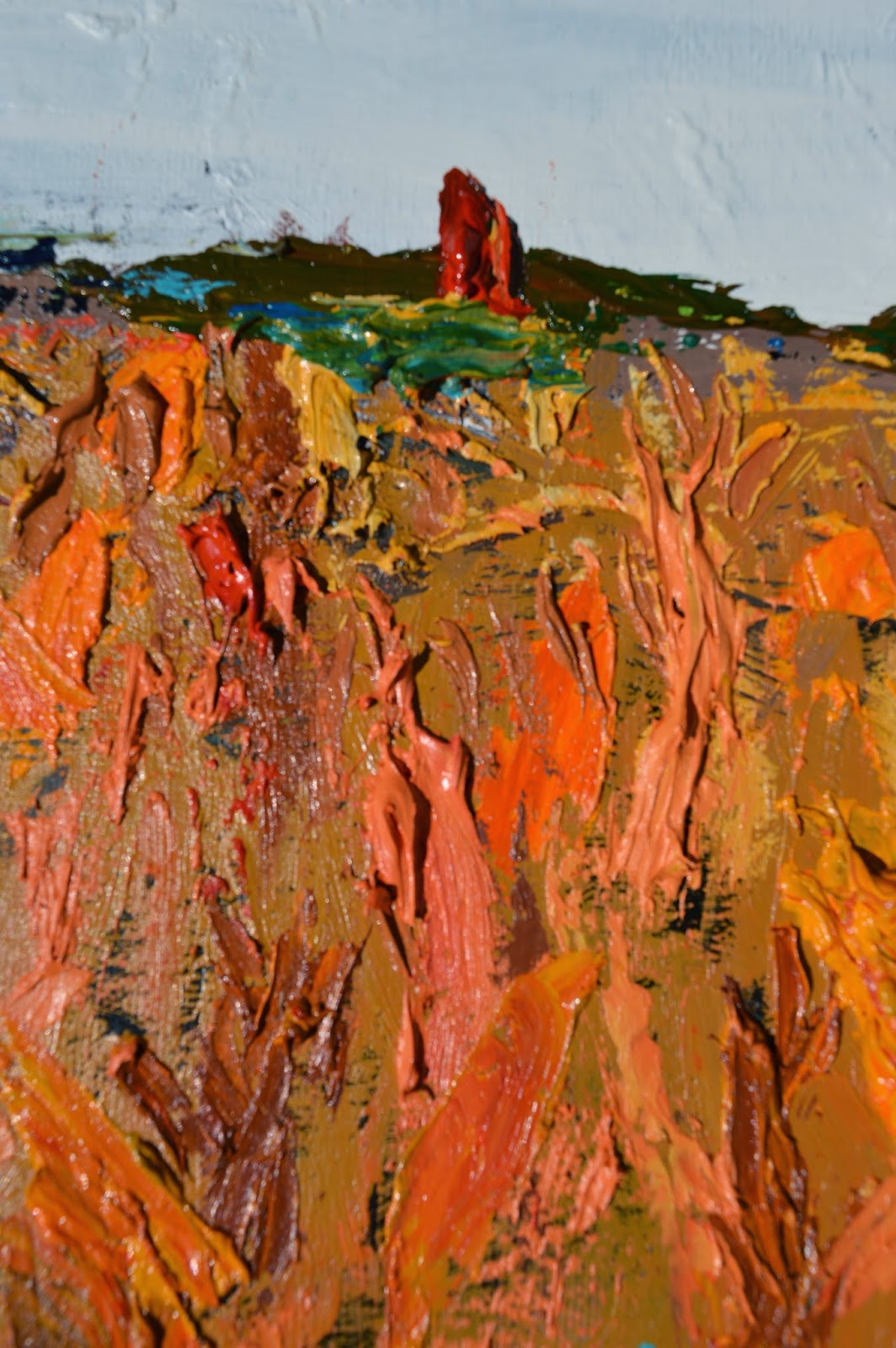 First, the Where: as I mentioned, I'm far away from Toronto, but the place I live in is beautiful.
As to Who: I make things with elements of technology and nature, and while my work is obscure, it is well-regarded by people who know it. And the world of information being what it is today, it is easy to find many years? bits and pieces of my work by surfing the interwebs (do people still say that?).  I have nice friends and family, children who are grown, and students too. But they are not at hand, and I live alone.
As to What: this is the hard part because it is at once a more than a little unbelievable, and is at least a little creepy, when I?m striving instead to be respectful and open-hearted. So: by some quirk of telecommunication, my satellite TV displays a video feed from the security camera in your apartment lobby. I found it during idle channel surfing. I don?t know how this could be, and at first, it was simply an interesting curiosity for me.  I saw you come home and read mail there in the lobby. .  This simple scene captured my imagination, and the next day I wanted to look again. Gradually, over days, I watched you repeat this ritual, and wondered, projected, and imagined what your own life might be like.  And in this act of imagination, I came to look on you as a friend. I knew it was somewhat crazy to feel this way, and I didn't want to be a voyeuristic creep, but my feelings for you grew all the same. I watched with delight. I watched with curiosity. And more than once I found myself crying in front of this screen. Then one day I could actually see one of the envelopes, and the address, and I came to understand that the letters you've been reading are someone else's, and that maybe, like me, you were also wondering, projecting, and imagining. And hoping. Is it possible that by looking at a screen, I can see something of your mind and heart, and love what I see?
This is my love letter to Fern. My heart awoke watching you, your vulnerability caught me like a moth in your comings and goings. As you were trapped by the mail of another. Could we be so alone with the rows upon rows? We are all voyeurs of one another.

Dearest Fern,
Well I call you that because you are a c*nt. A wet sloppy c*nt, I wil find you somehow, and I will kill you slowly with my "love". (Love is what I call my knife) Your blood will cure my loneliness. You will suffer...
xxdomasterxx

Anonymous said…
I found Lobby Cam to be a really interesting experience. I was a little surprised at the end when I realized that writing a letter to Fern was going to be part of it and had to stop and think about it for a bit. Was I writing a letter to Bryn or a letter to Fern, and if it was a letter to Fern, how do I go about telling her about this very unusual situation... how much do Isay... what happened to the guy that he didn't send his own letter? The experience left me with a bunch of questions... including what did the other people write?

So thanks for posting some of the replies, even the ones that make a body cringe.

Alrunia Ahn said…
Despite being very different from earlier works, Lobby Cam as well is coming with a deeply touching story in beautiful setting.
Yet highly disturbing.

I really love the interactivity brought into this art installation, the slowly developing story, the great detail and depth in the actually minimalistic setting.

It is intriguing and I think the story captured me in a way that,well..has my avatar sit down in the kitchen with whiskey, smoking, listening to the radio, to not watch the channel again... although.... the urge is there to watch Ferns reaction to the letter. And the burning question : Will she answer? And if she does... ?

"...I do believe it is your smile. This secret smile that you show nobody, this secret smile that is alone yours that had me watch the channel I found on my TV. It must be a mistakingly set channel, but I do believe in fate as it brought you to my home. You might want to inform the manager of the lobby cam to fix this , but you also can answer me ... and we can write letters ? Yours.... the toymaker in the field."

Though, looking around the place I wonder how many weeks it may take the postman.....


Thank you for this experience :)