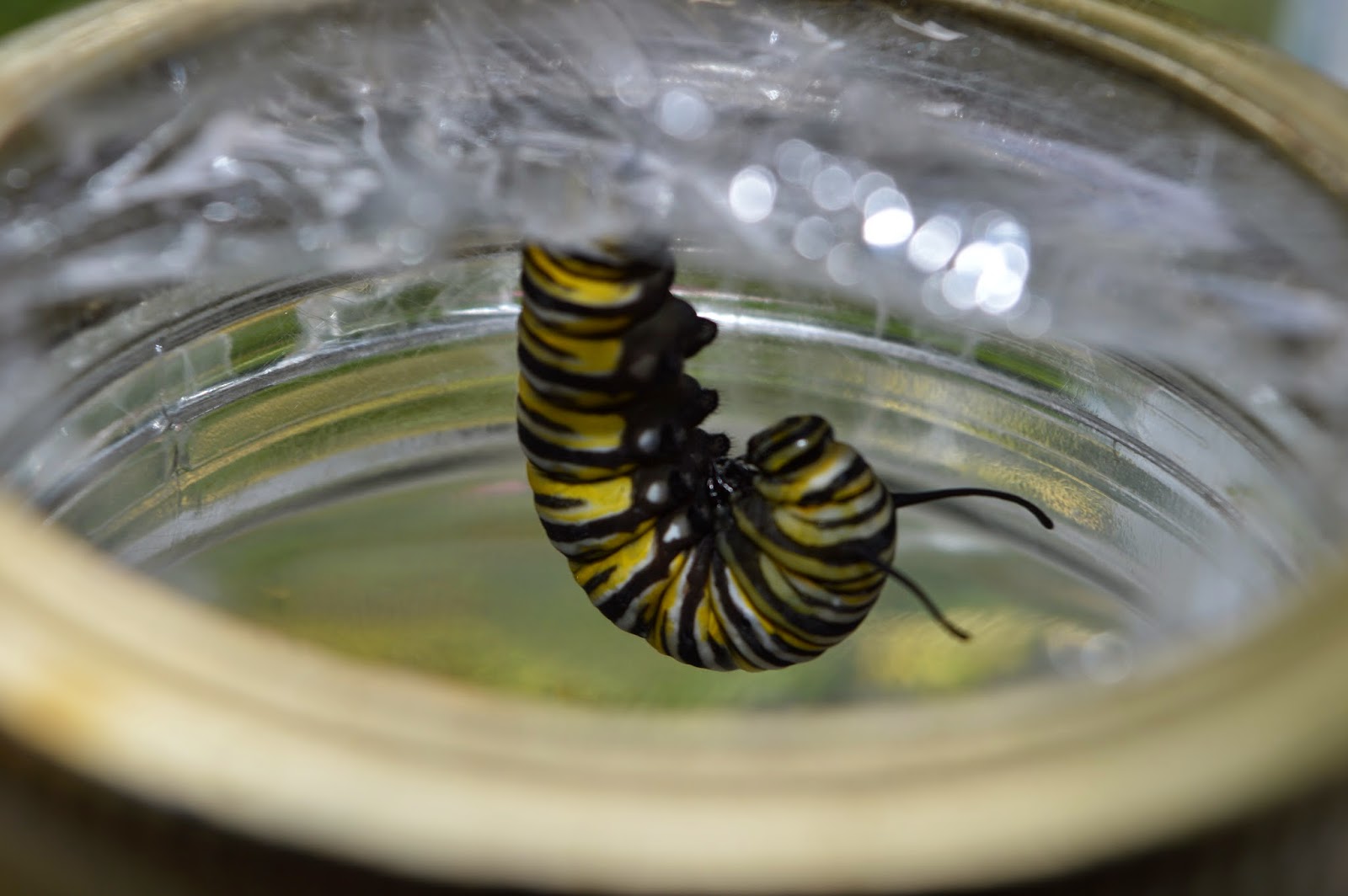 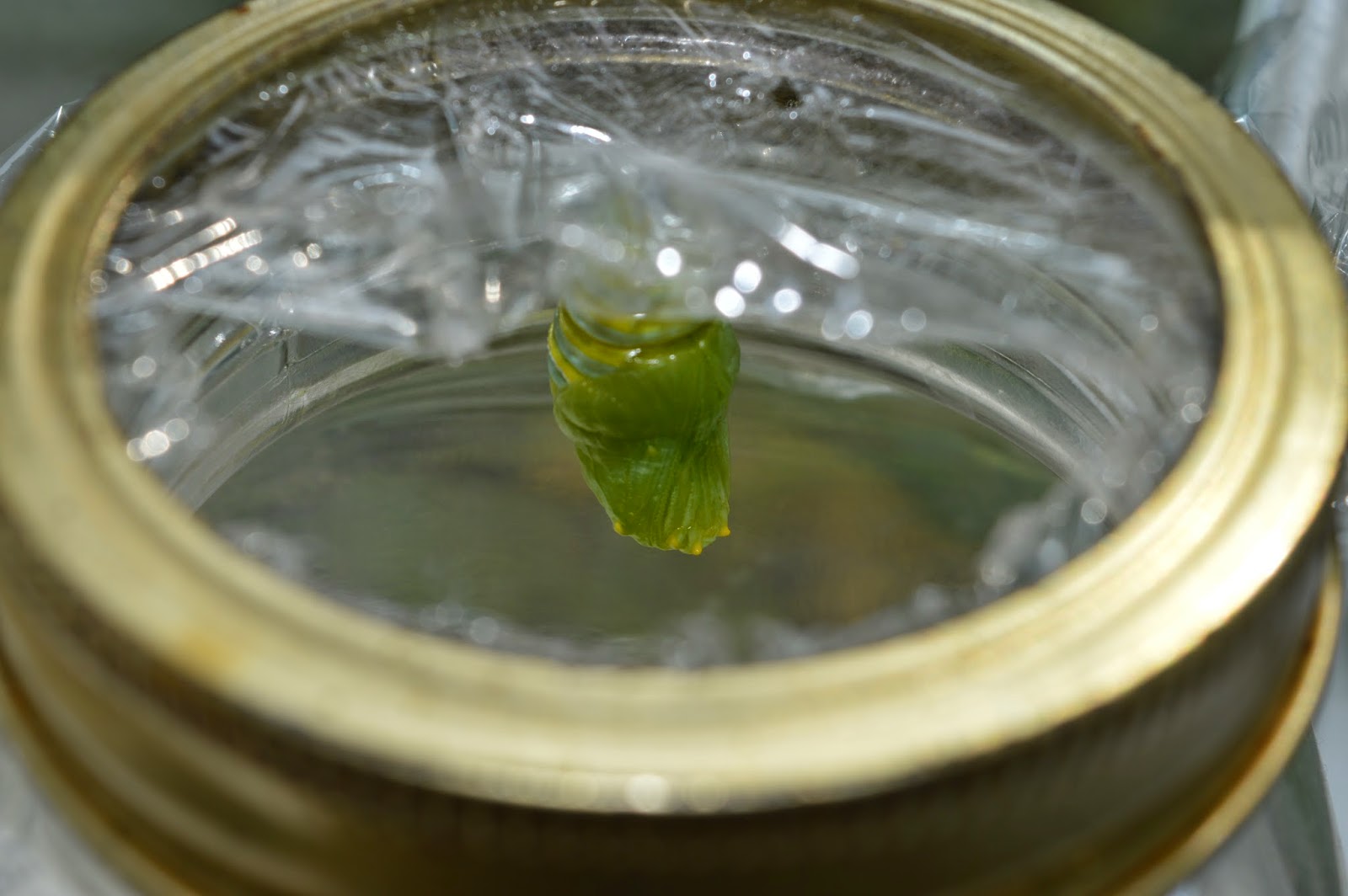 I know many of you have been rolling about sleeplessly in bed at night wondering how Chompy is doing.  Well, he has now turned into a Pupa or is it Chrysalis? anyway he is now vigorously changing into a Monarch butterfly.  He is turning into something completely different so I was thinking he deserves a new name.  I decided to name him Hangy the pupa.  I am pretty happy as I was able to get a picture of Hangy at a stage half between the caterpillar and the pupa which I have never been able to see before.  But I still missed the part just before the green hanging bit below.  It happens pretty quickly, so if you are not paying attention then they can suddenly be a pupa.  Oh well next time I will catch it, though I guess I could always Google it but I don't really want to.  In fact, now that I think of it, Google is the most anti climatic way to discover things.  I mean it is useful naturally to find out whatever you want in a moment, but instant gratification of that sort really takes the wonder out of finding things for yourself.  The internet is the Coles notes of life.  Ah Coles notes are just Canadian.. ok then the Cliffs notes of life. 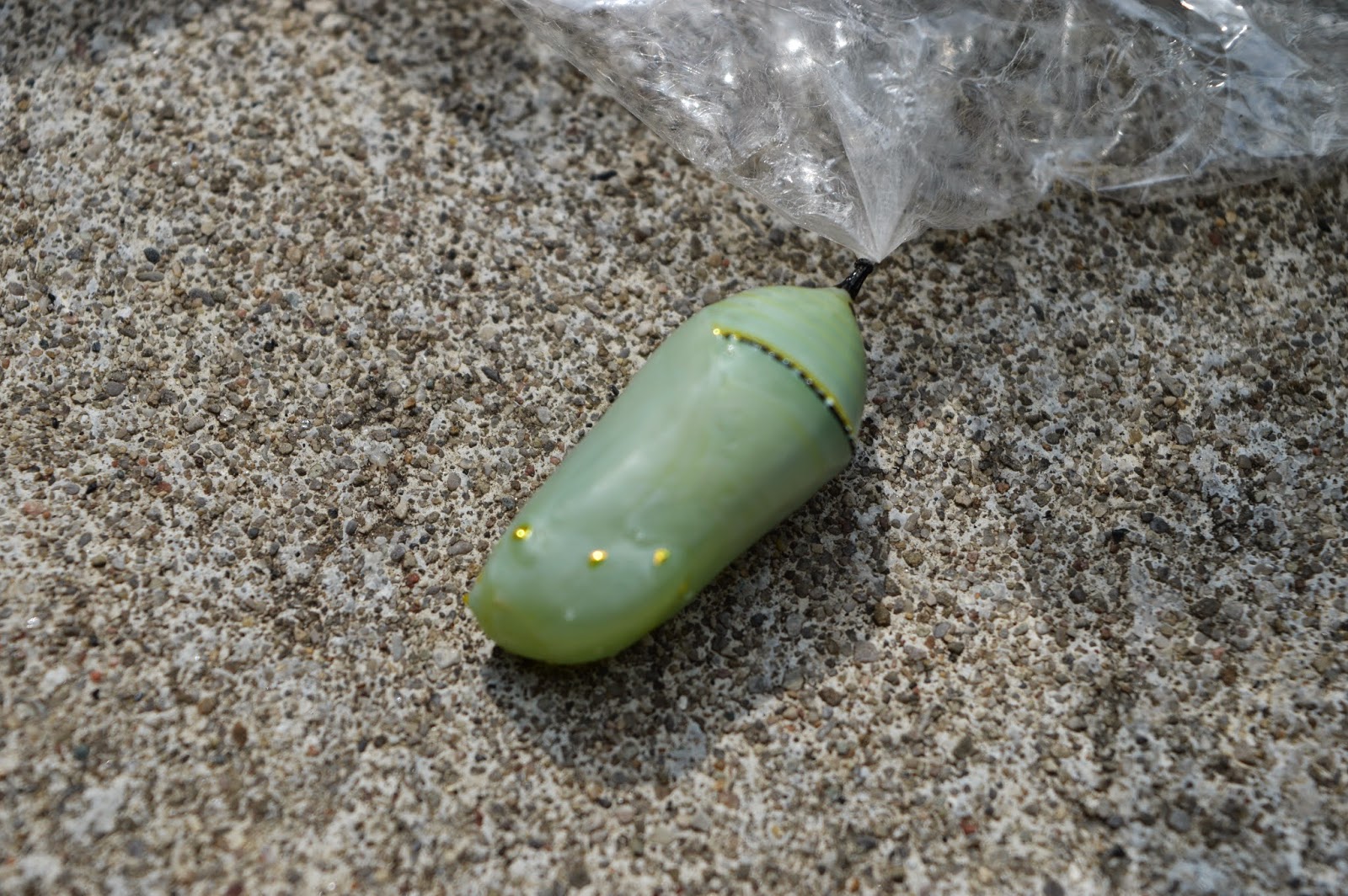 One of the most amazing things to me (besides the metamorphosis that happens inside the pupa) is the pure gold spots you can see on the pupa itself.  The pictures just cant do them justice, but they are more vibrant and beautiful than actual gold.  So if I recall correctly then it will be a few weeks before Hangy is ready to emerge as a butterfly.  Below is bug I saw which looks like a character from a Batman movie or something. 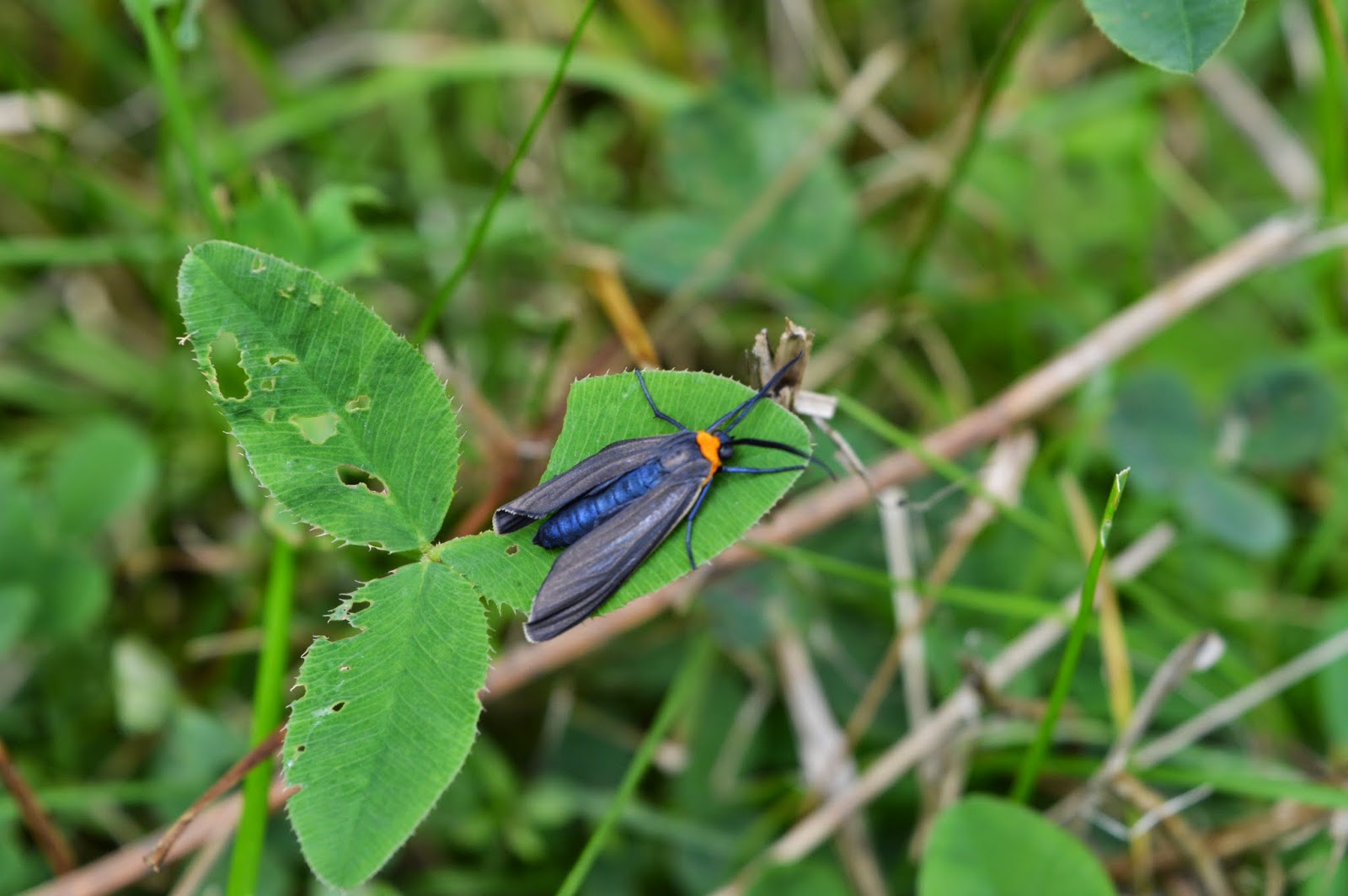 Definitely a villain though.  Look at him the sneaky little bugger.