Every month or so I will be posting an interview with an artist from our virtual world whose work I find interesting.  What I decided to do was to create a dozen or so questions which each artist would answer in their own way.  For me it has been fun to see how the artists interpret the questions, which they avoid and so on.  I am going to post the questions below and explain a bit why they were used and then next week I will post an interview.

1-Where are you from?  And who are the most renowned artists from your country in your opinion?

Simply to give a context from where the artist is creating.  For example, when I lived in Florence, 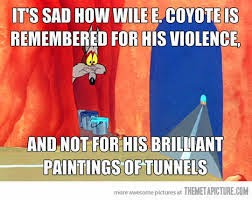 Italy for a year studying art, the Canadians in the program would have group shows in a space we would share with Italian art students.  One thing people would often comment about is how completely bizarre the Canadian artwork often was.  Some terrible and some quite interesting.  When you looked at the Italian work in the same show you could often see artworks that were following the traditional teachings of masters from centuries before.  What this meant to me was that, historically, Canadians don't really have a long list of well known artists whose shadow the students fell under.  Canada is a pretty young country and to be honest there is not a whole lot of pressure to follow in footsteps.  Italians on the other hand have endless history and perhaps the most legendary artists ranging from Leonardo da Vinci, Michelangelo, Titian, Caravaggio and so many more.  It was apparent to me that there was much more pressure on the Italian art students to live up to those masters, the rich history was both a gift and a curse.  Renowned doesn't necessarily mean "best" but rather a selection of historical artists from ones country which may create some context in order to view the artists work within this frontier of a new art movement.


2-Often the average person outside SL is perplexed with virtual worlds in general.  When people unfamiliar with the virtual ask you what you do how do you explain it?
Ah the question about whether we should even bother to try to explain what we do here.  Perhaps there will be some insights.

3-Who are a few of your favorite artists and why?

This was interesting to me as I wanted to see if those "favorite artists" would also include Second Life ones, be predominately Second Life ones or not include them at all.  Also it is a chance to learn a bit about the artist themselves and, in some cases, discover new artist who were previously unknown to us.

4-Whose artwork do you personally dislike the most and why?

It is rare for an artist to point out another (well known) artist whose work they dislike, and then explain why. For example I find many of Modigliani's drawings to be fairly shitty, while I do enjoy his paintings.  I recall seeing a show just of his drawing at the AGO in Toronto once and thinking how they were trying to elevate his drawings into masterworks when really he just wasn't very good with a pencil, and he may have agreed with me if not extremely dead.  It is just my personal aesthetic though, I love the drawings of Van Gogh and Degas for example, they were both known mainly as painters but they were brilliant draughtsmen as well, but there is no rule that a good painter must also be good with a pencil or vice versa.

5-Which of your own works are you most proud of? Do you feel any failed and if so do you now know why?

It is interesting to see how an artist evaluates their own work, especially the ones that didn't work
out as well as they hoped, and then their insight as to why they failed.

6-Do you have a method when creating? If so how does it often progress?  For example do you sketch or write out ideas first for weeks or do you perhaps just jump directly into the project with little planning and adapt as you go?

I always find the process of art creation to be interesting, there are so many different methods ranging
from months and months of preparation and detailed drawings before the work even begins, to people whose attempts to connect to their subconscious requires spontaneity to achieve it.

7-What are you currently reading, listening to or looking at to inspire your work?

I always enjoy hearing of the varied and sometimes disjointed ways people get inspired, or the quirky unexpected things people read like an encyclopedia of insects for example (ok thats me)

8-Does your work have an overall theme and if so what might that be?  If not please describe how you tend to pick your topics.

For many artists, their entire careers focus on a very precise interest or theme which is sometimes quite small in scope.  They twist and rearrange the way they see that theme over an over always trying to understand it, this question might uncover what these artists focus on.

9-Have you ever had to deal with negative publicity or a disappointing rejection of your artwork?  How do you deal with it?

I recall having a painting rejected from a juried exhibition once only to have the exact same painting win a much larger juried show later that same year.  Had I let the rejection from the first show affect me then I would likely not have put the same work out to the second, and much more prestigious, show.  For some artists it is very difficult to accept any criticism at all, or if they do, for some, it can fester in the back of their mind spoiling any positive words of encouragement, even if there are ten times more accolades than criticisms.

10-Would you like to take a stab at explaining what defines virtual art?

Ah the art trap.  It is usually a lose/lose situation when an artist tries to define "art" as there are often people waiting on the sidelines ready to hammer them.  Most artists prefer to side step this question.

11-What would you say makes virtual creations unique over other art forms?

Sharing a space with people from around the world simultaneously?  The powerful immersion it is capable of?  An open ended medium that gives the viewer the ability to chart their own experience within a medium that uses colour, composition, sound, interaction and emotion without being a static painting or the fixed camera of cinema?... or maybe its not unique?

12-     Centuries ago there was no such thing as an "artist" just craftsmen, as time progressed superior technical ability and creativity created the elite "Master" artist whose work stood recognized above all others.  In 1917 Marcel Duchamp submitted a work entitled "Fountain" to the Society of Independent artists.    He stated "... He (the artist) CHOSE it. He took an article of life, placed it so that its useful significance disappeared under the new title and point of view  created a new thought for that object"  He wanted to shift the focus away from technical craft to more of an aesthetic intellectual interpretation.  Some say that because of him almost everything is considered art today.  From an elephant painting with its trunk, a Banksy, a child's drawing to someone vomiting paint onto a canvas.  What is your perspective on this?

Another tricky question, Duchamp is revered by many and any criticism aimed towards him can result in you being unfairly categorized as an "elitist".   He made the world think of art in a different way, but did his message get twisted over time?

Kara Trapdoor said…
Great idea! I look forward to seeing what others have to say, and enjoyed your disclosures too. (insects=cool)
July 11, 2014 at 10:50 PM