Imogen and Kumiko part one 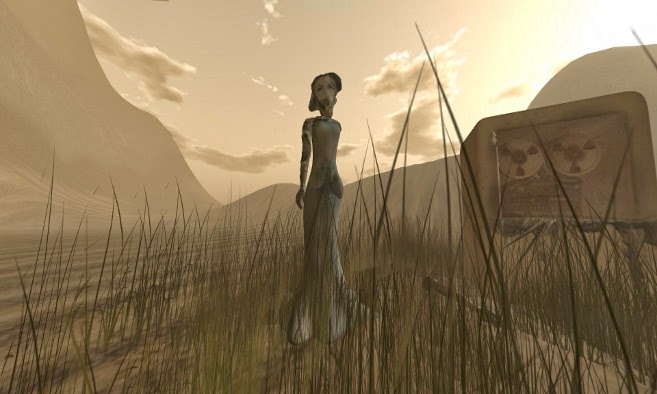 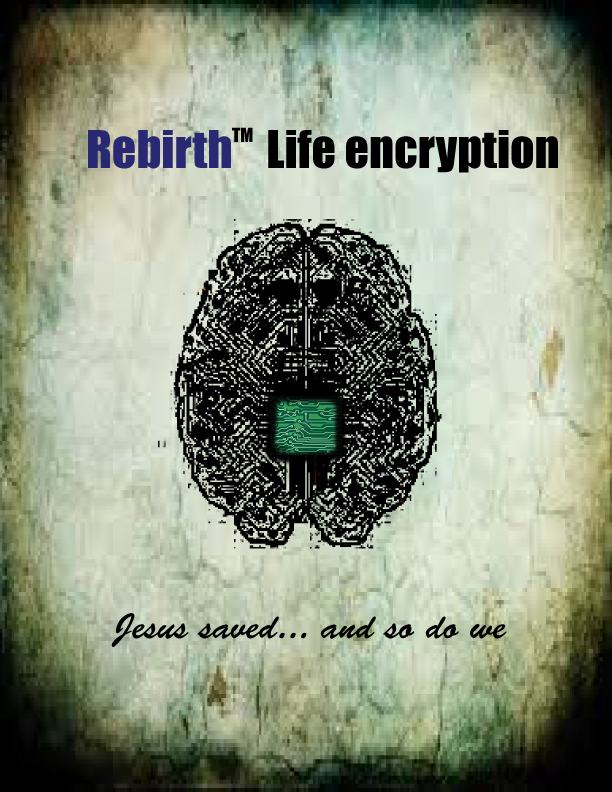 When you arrived at Imogen and the Pigeons it was to a desolate landscape of collapsed buildings and dormant nuclear silos.  A decayed sign above some rubble read "Rebirth Life Encryption" and inside were several rusted hulks of what appeared to be devices used to save ones consciousness or memories digitally onto a device.  As you walked through what was left of the facility you discover one final working machine whose wheels still slowly revolve.  If you looked inside there was a nameplate fallen down, indicating that the memory stored, of that last human, was of a person named Imogen.  Beside Imogen's machine stood a rusted and worn Singbot resembling a WWII singer named Vera Lynn.  Here she still remained, singing to the last vestige of her final  job as was her programming.
From here we enter the memories of Imogen as stored on the machine.  We come first to an asylum with a variety of rooms all housing characters who are aspects of Imogen's personality, and eventually we come to Imogen's room itself from where she watches pigeons outside her window each day. 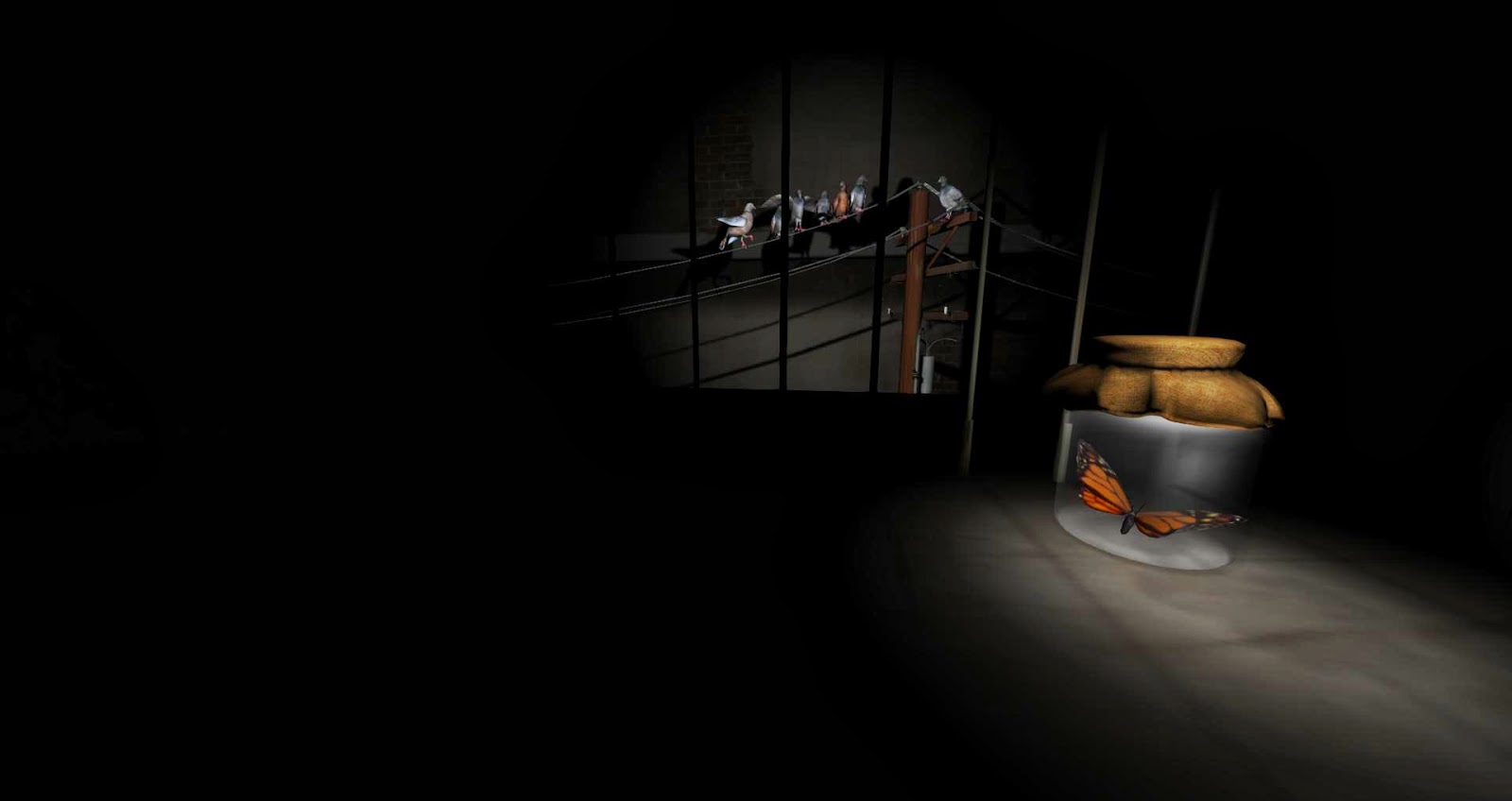 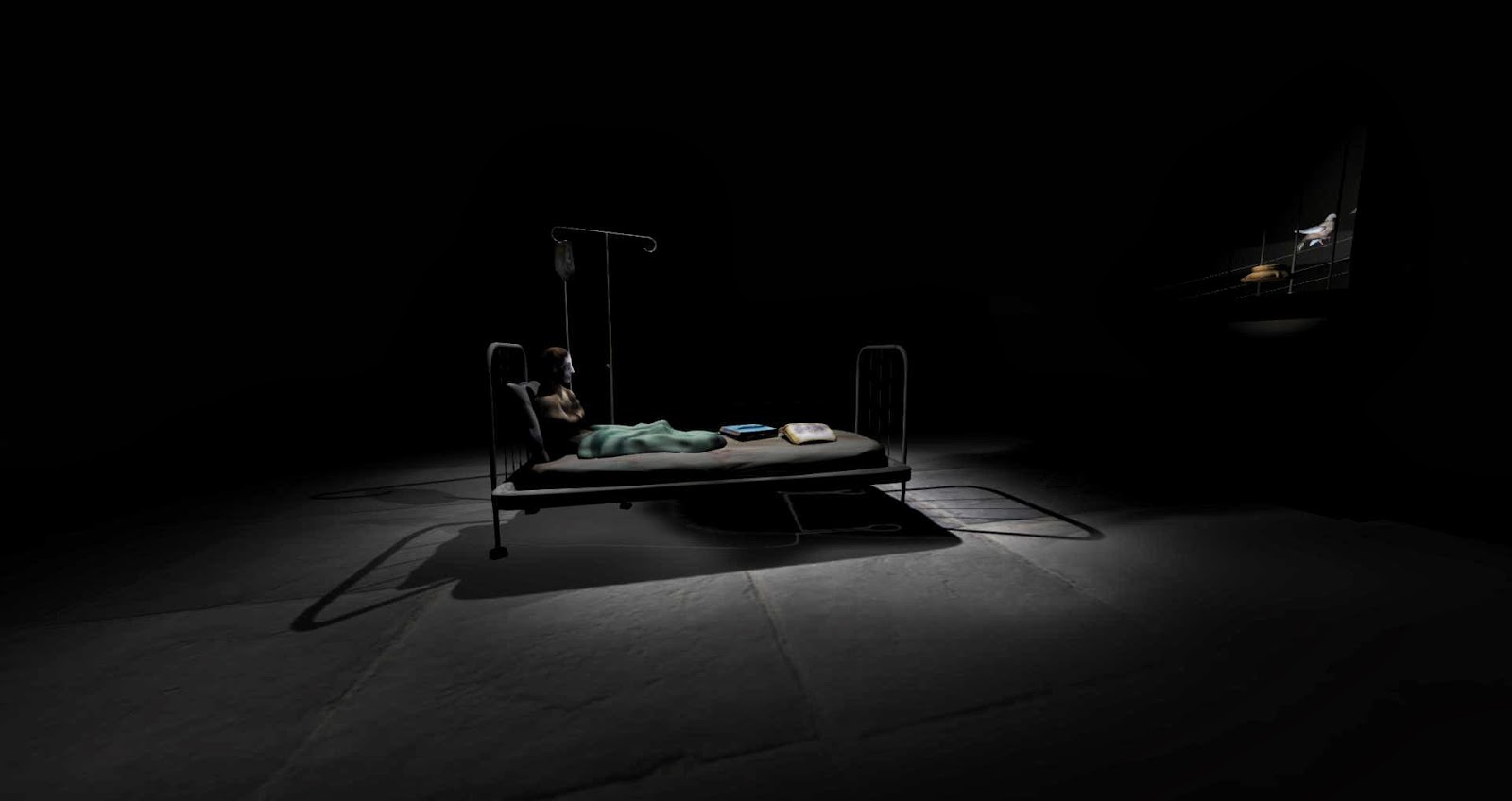 She sees them not as a pest nor vermin as society does, but rather as a family of sorts whose soft cooing calms her.  In her mental state it is what she desires most, she believes, erringly, that if only she could join them all her sorrows would dissipate with the closeness they would provide.  She determines to camouflage herself and join them on the wires, and it is at this point that Imogen first begins to rewrite or edit her memories as stored on the machine.
For the crux of translating memories into a digital format of zeroes and ones is that it was now possible to edit that which was previously untouchable.. a memory.  The question now is whether, morally, it is acceptable to change how a life unfolds.  To delete sadness in order to rewrite an outcome that was part of living.  Must we have sorrows and trials in life in order to allow happiness to exist?  Can happiness exist if there is nothing contrasting to compare it to?  For example, if we no longer understood sadness, if it was an obsolete emotion, then would joy cease to exist as well, seeing as it may need the contrast of sadness to have a reference point.  Would it improve a life or simply create a continuous bland one?  That is the question I wonder about.

Imogen leaves her bed and goes on a journey collecting pigeon feathers from which to fashion a costume that she believes will fool the pigeons into accepting her as one of them.  On her bed rests two books.  Both can also be found strewn on the road by Kumikos torn backpack.  Imogen keeps them near.
Imogen first finds her sewing machine and fashions a dress in greys, then walks the heights of a building collecting feathers for a shawl.  She then goes to a beauty salon and burns the feathers into her hair.  Her disguise seemingly complete she then has an unwanted memory come to her.  It is of her kitchen in another life, and a floor strewn with blank paper all devoid of children's drawings except a final one held by a magnet to her refrigerator.  A sea of blank paper on the floor never to be drawn upon.

It is a painful memory from which she flees.  She rushes to the alleyway below where her window  lays
and climbs a telephone pole close to her pigeons on wire.  Naturally, not even remotely fooled, they startle and fly away at her approach as her dream is really just a lie she told herself, and now it was coming apart at the seams.  She jumps and for a moment is flying with them, then she falls to the street below, dying yet being reborn.
At this point she becomes stronger and more aware.  Joining the pigeons was just a fairy tale or fantasy she devised thinking it was what would be her salvation.  Imogen was never a strong person so she didn't first reach for that which she desired most.


Imogen now knew what she wanted and begins to craft a different ending to her recorded life.  She delves into her own digital memories and begins ripping and tearing them apart, sewing a new reality of sorts.  Her real memories warp or dissipate as she writes them into something new.

In the asylum, her psychologist had his patients raise and care for a monarch butterfly with the idea being that the wonder of metamorphosis could bring the patients out of their fugue state.  Imogen incorporates this experience into her new reality.

The final scene is of the whale from the cover of Kumikos book coming down from the sky gently carrying with it a Monarch pupa from which, through it translucent skin, can be seen the face of a baby.  Imogen reaches up joyfully to take her lost daughter to her breast and together they begin to live within this new memory fashioned by her.  Outside in the real world her machines wheels slowly turn as sand gradually build up around its flanks.  The Vera Lynnbot gently singing.

Now it is for the viewer to decide, if we could, should we edit our own memories if in doing so it creates a life of joy.  Are the events of our lives sacrosanct? Above change or interference? or is that line of thinking simply poetic nonsense.  If we have the power to change our lives into an ideal one with no sadness nor mistakes then why not use such technology?
With Imogen it has brought her contentment and joy, if she doesn't know that she had a previous life then did she?  Does the human race need failure or sadness in order to strive for success and happiness?

In Imogen and the Pigeons we are introduced to the idea of the moral dilemma of editing ones memories combined with immortality.  For that was the eventual goal of Rebirth Life Encryption.  They saved memories digitally waiting for the day when the machines of the Singularity would devise a way for those lives to be installed into a new body. The precipice to immortality brought on from technology which, perhaps, was available to humanity before its communal maturity was prepared for it.  The Singularity, which I will explain in the next post, eventually allows for miraculous inventions to appear daily all created by AI, who do not evaluate their impact. 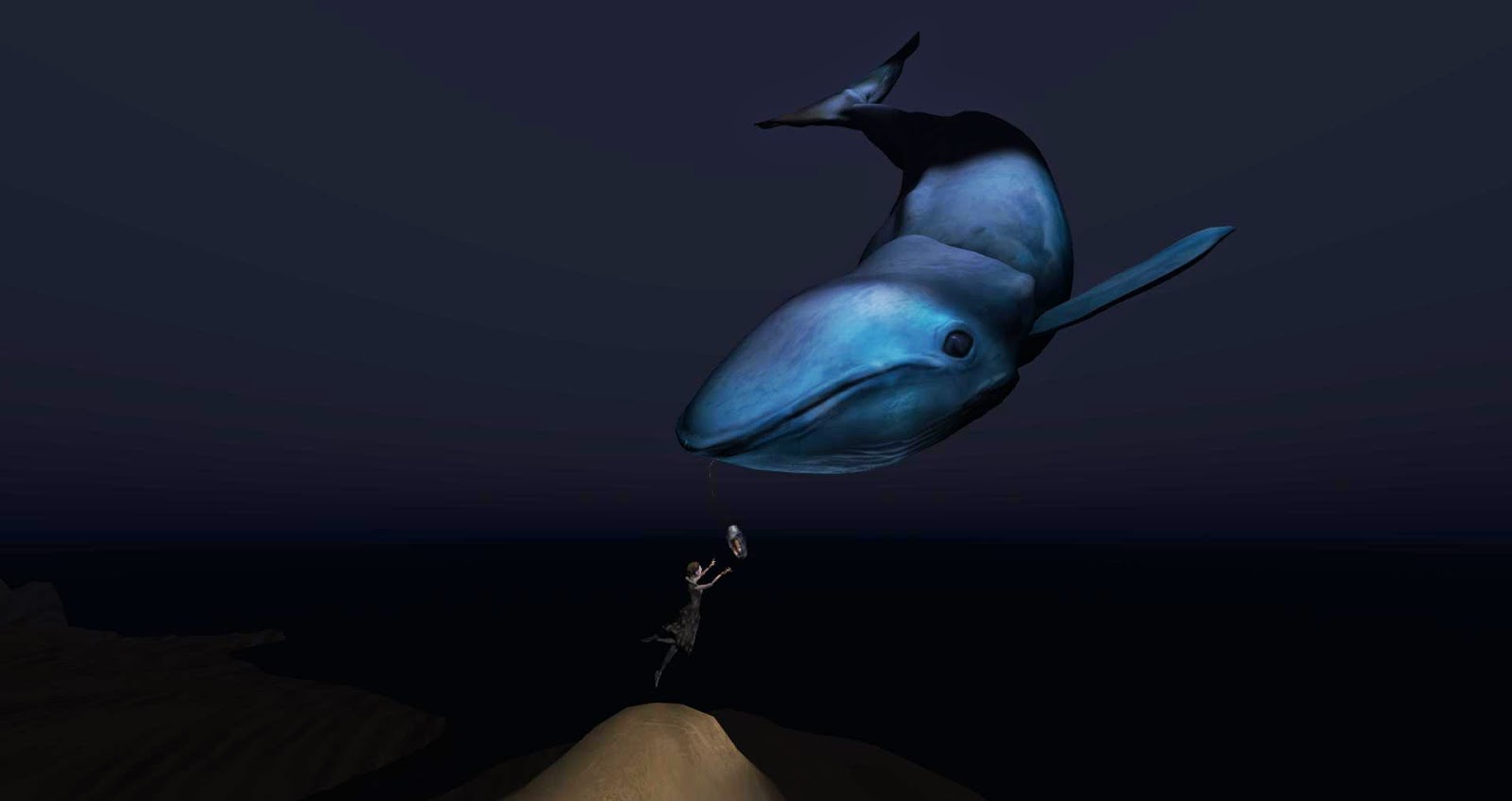