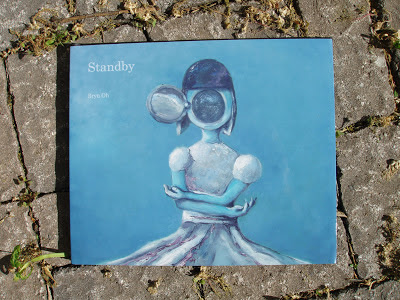 A little while ago I was awarded a new media grant by the Ontario Arts Council in Canada, to produce and exhibit a project called Standby.  Standby is made up of a trilogy of immersive 3D works constructed within a virtual world which  then were exhibited within that virtual world (Second Life) for IBM over a three year period.  The first part was called The Daughter of Gears, the second was the Rabbicorn and the final being called Standby.  Each portion of the trilogy was released close to a year apart.  The grant was to create the final segment of the story (Standby), its 3D construction, and then to make a machinima which was all three parts put into one movie.  A real world exhibition, a book and a few other things.  I am very excited to say that I have now completed the machinima which you can watch below.  It is 38 minutes long and I would suggest watching it alone within a quiet darkened room.  I would also like you to watch it in HD if you can.  There is a little symbol at the bottom of the movie of a gear and you can set this to 720. 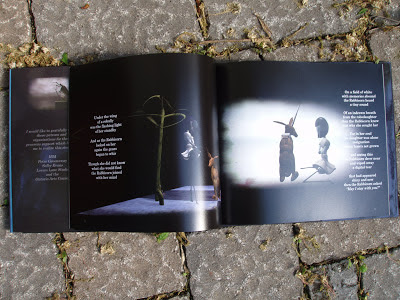 One of the things I wanted to do with this movie was to have the music score done by residents of our virtual world to showcase the talent which resides here.   Travis Amaterasu of France composed the vast majority of the score with a small portion of work from Tasuku Ghost of Japan.  Two extremely talented people.

The second part to the project was to make a real life book of this story.  You can view it here.. Standby book It has been a huge project for me to do and I am quite happy to have completed it.  I have included a few images of the book I have taken in my back yard because my stupid camera has decided to use a flash regardless of whether I am indoors or outdoors under the blazing sun in a sandy desert.  People have been asking me to make a book of this story for ages so finally I have and sorry for the delay.  You can purchase it if you like by going to the blurb site


Standby by Bryn Oh | Make Your Own Book
Email Post

How beautiful, brilliant and imaginative. Kudos from a fellow Canadian. - Gorgeous musical compositions too.
Although I have mixed feelings about virtual worlds especially Second Life, this is the best of what it can creatively be and indeed what it should be!!
May 28, 2013 at 1:44 PM

Douglas Story said…
Perfect pacing, good sound design, even better score, and above all a poignant and moving story.