Imogen and the pigeons - zeroes and ones created a two 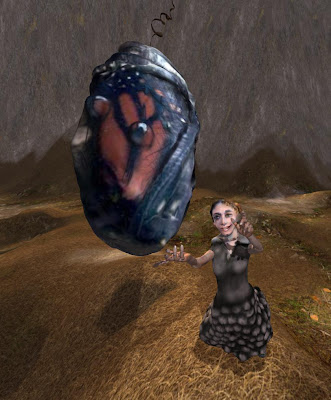 and the computer slowed
as the sand did rise
but eternity waited
within her child's eyes. 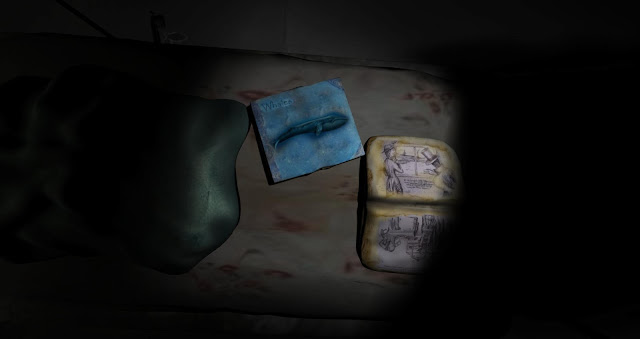 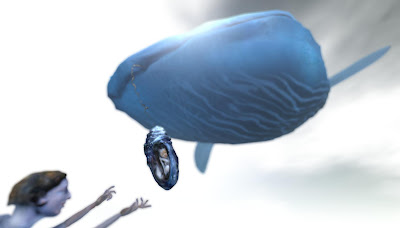 In the final scene to Imogen and the pigeons we see Imogen's recorded life being reconstructed by her.  It is a warped reality that combines elements of her past life alongside a new creation which she is essentially programming herself.  The books that were a big part of her life in the asylum play a part as her mind conjures up a blue whale that descends from the sky carrying a monarch butterfly puppa, provided first by the rapist.  Inside the puppa she finds her lost child reborn, they are together never again to part.  Within her virtual world she has turned away from the pain and sorrow of her "reality" and composed a second life for herself.  Within the ruins of the Rebirth Life Encryption shop her computer continues to turn its wheels even as the sand slowly and insidiously finds its way inside.  She and her child are now the last "living" humans as they have become "aware" yet are now composed of programming code rather than DNA.  They are together and that is all Imogen needs.  Her world fades to just two sets of eyes mirrored upon each other, flecks of colour perfectly aligned. 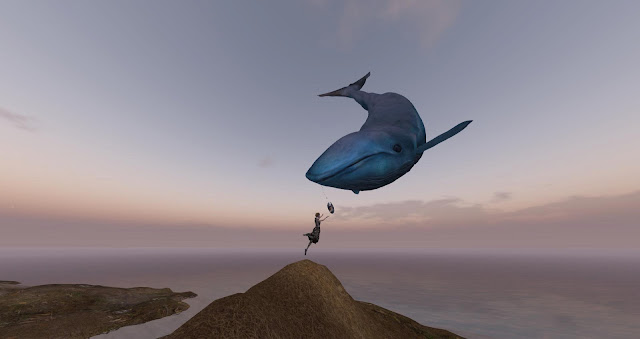 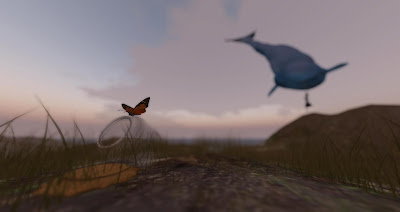 But then again perhaps they are not quite the last ones.  Not far from where the whale delivers its prize to Imogen, there lay an open jar with a butterfly resting upon the glass.  By clicking this jar we are brought to a final secret scene to the story.  It is a scene for those who know my previous works and know to keep searching :). 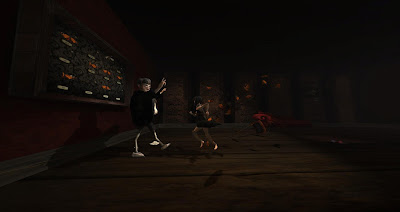 We are transported back to the the office of the therapist.  For some they will have noticed at the start of the story on the monarch board, a note saying that a new patient would be arriving on Monday.  A patient named Anna whom he completely underestimates by suggesting she is merely anti-social.  Anna is not easily contained to say the least, and should you wish to know more about her watch he machinima at the bottom called Anna's Many Murders.  In the office the therapist has met Anna who was not fond of the monarchs pinned to his board and has decided to add him to the collection.


The Therapists calm
was visibly curtailed,
when it dawned upon him
that he would soon be impaled 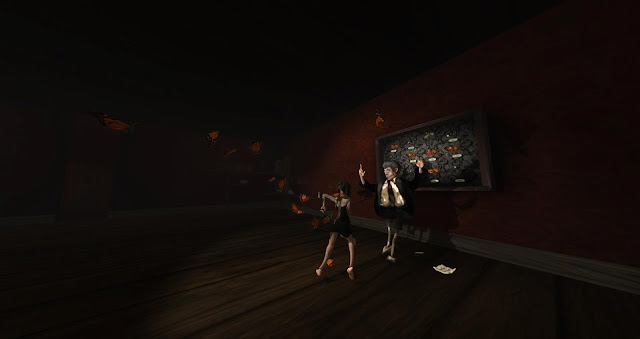 I hope you have enjoyed Imogen and the pigeons.  I have a post to make next week which I have been waiting to do for over a year now and I am quite excited.  I have completed part of a new media grant which I was awarded from the Ontario Arts Council.  Specifically I have finished a 38 minute machinima called Standby which combined three artworks done over three years and exhibited by IBM.  They are the Daughter of Gears, The Rabbicorn story and Standby and they are now made into one machinima story.  On top of that I have also completed the real life book for Standby which I will also post about next week.