I have been doing my top ten list of my personal favorite builds for what seems like an eternity this year.  My computer passed away earlier this year and somehow I kept telling it not to make a back up for about six months.  I had made all my top ten machinimas in that period so you get the idea.  It's kind of alarming that it is now September as that means I have to start filming for the 2011 picks already.

The Petrovsky Flux was created by Blotto Epsilon and Cutea Benelli.  It was named after Ivan Georgievich Petrovsky a Soviet mathematician.  The wiki says that he greatly contributed to the solution for Hilbert's 19-th and 16th problems.  I will just have to take their word for it.  Unfortunately all my associations with Math involve the terrible feeling of being asked to go to the front of the class to work out a formula on the chalk board, meanwhile feeling all the eyes of my classmates on my back as I publicly struggled.

The Petrovsky Flux was my favorite build in 2010 for a variety of reasons.  There is the initial striking composition of it sprawling across the sky as you arrive at the sim.  Watching little flashes as new pods are born to the structure.  The strange flying sheep or hopping chairs.  The creation will grow and grow over time only to collapse and disappear in order to grow once again.  The composition in the sky is random with new and interesting shapes constantly being created.  The scripting element is just brilliant.  The Flux starts out as a small structure and slowly adds elements one upon another.  These elements generally are taken from a wide range of rooms or hallways.  So the structure will determine that it wishes to add a new pod.  A random pod is chosen and attached to one of perhaps 12 different faces to add it to.  It will then continue to add pods at various appendages.  When a pod is created there is a flash (as you can see in the machinima) so you can see how many pods are constantly being added to the Flux.  My guess is that once one of the arms hits a predefined boundary it will set them all to physical and allow them to drop.

What also works for the Flux is that it excels on multiple levels both macro and micro.  I have said how interesting it is to watch grow from afar but it's also equally interesting to fly up to and enter.  You can actually climb inside and walk within its random corridors.  In some cases falling with the structure as you explore.  The pods in themself are beautifully crafted and quite entertaining when you are inside. 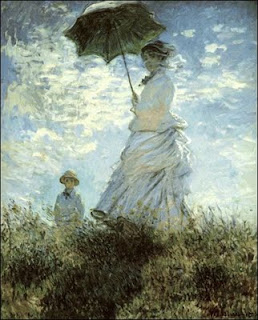 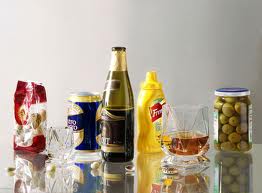 For me the success of a SL work of art is based on its use of a range of tools.  Does it inspire wonder?  Is it well crafted including ambient sound and narrative? immersive? interactive? Does it have the ability to hold my attention for longer than 10 min and would I like to come back to see it again?  The Flux has all these and more.  Soon we will have many nice looking mesh creations popping up all over the grid.  Perhaps someone will produce a finely crafted tree, unicorn or abstract work.  It will look nice but if it remains just a 3D build then it will not fully capture what this medium is capable of.  The emotional content with the Monet work on the left is far more appealing to me than the hyper realism of Bernardi.  Technically the one on the right is wonderful.  However it shows that just making something look very real doesn't actually touch us inside, it only makes us appreciate the technical ability.  The Petrovsky Flux is tied into a wide range of technical features from math to scripting in order to make it exist, yet it lives and breathes closer to the Monet if that makes any sense.  That is the true skill of these talented artists.  They have created an immersive environment using the unique tools that SL supplies, and have created something that fits for SL as a medium.  On the other hand if a mesh build were done of the painting to the right, then it really would not take advantage of this particular medium.  If it were a portion of a larger build incorporating other unique elements of a virtual world then that's fine, but on its own it doesn't say anything.  We could struggle to give it meaning by saying the fact it is in a 3D virtual world gives it relevance, but really that only works a limited amount of times and its been done.  So there you have it.  My favorite builds from 2010.  If you have any you think I should look at for 2011 let me know and I will pop over to them.

epsilon said…
wow. Bryn, i feel like i want to send you some flowers, or cake. thank you for the very generous words.

i'm not sure about the narrative part, i never had a good sense of that. but i will say that collaborating with Cutea has been delicious fun, so maybe there's an implicit narrative around the extraordinary friendship that developed along the way.

i want to put in a good word for Steveke Wulluf, another friend who invited us in to mess up the Spencer Museum sim, and has graciously tolerated (encouraged, even!) our stay there. we are grateful.
September 1, 2011 at 6:27 PM

Steveke said…
Thanks for the positive words! I also want to thank the Spencer Museum of Art (where I work RL) for having the trust and breadth of vision to run with our instincts in giving the island over to blotto and Cutea for an extended period -- it continues to be a great collaboration. A toast to Petrovsky [clink].
September 2, 2011 at 11:25 AM

that benelliperson said…
I waited a bit so i didn't have to struggle with language so much (happens all the time) and could keep it short (doens't happen all the time). So because blotto and steveke already said all that needs to be said, i can now just nod happily and say "wow!no you!" to blotto and "wow! yay you!" to steveke and "wow! thank you!" to you, bryn.
September 2, 2011 at 11:50 AM

Bryn Oh said…
Congratulations to all three of you. And it is very encouraging to see that the University of Kansas is such a forward thinking institution... with great taste to boot.
September 2, 2011 at 2:38 PM

Anonymous said…
i am not sure aboutDiablo 3 itemsthe narrative portion, i actually didn't have a superb a feeling of in which. but i will certainly state that working together along with Cutea has become tasty fun, so maybe there exists a implied narrative across the amazing friendly relationshipDiablo 3 Gold kaufen of which designed on the way.
August 6, 2012 at 2:26 AM