Condo's in Heaven is a build I thought up last year for Burning Life. It is currently being shown at the University of Kentucky sim curated by the wonderful Tezcatlipoca Bisani. It is up for another week or so and I thought I would make a machinima of it before it floats off into cyberspace.

Condos in Heaven is about what might happen should the human race find a physical way to reach Heaven. In my story we decide to take Heaven and harvest its resources. In this future we own technology which make the miracles in the Bible seem rather tame. We dont see Heaven as sacred and the only obstacle in going to war is in convincing the population of Earth to forget what Heaven once represented. Propaganda desensitizes us to the defeat of Heaven and soon after the war we are rebuilding it for our own use.
The first building we see in Heaven is a store selling Angel wings and Halos. There is a father and son shopping for wings. The son is shyly pointing to a pair he likes while the shopkeeper looks on. Behind the cash register are a bunch of adverts and flyers. Each was made in a lighthearted fashion but with a deeper darker message under the surface. They are meant to give depth to the story by describing the society which exists at this time. 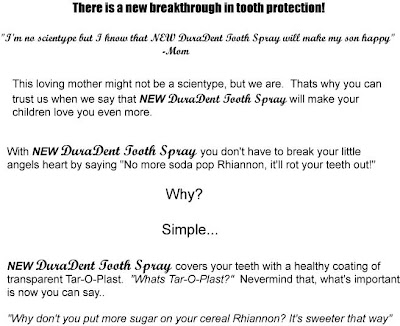 Many people come to the build without ever finding a secret door
off to the side of the room. I love this
aspect as some leave the build under
the impression it s a lovely fairy tale
with a view similar to the father and
boy shopping for the wings.
However, those who find the secret door
discover a back room where surgery
removes the wings from angels as
product for the store. The father and
son are not evil they merely do not think too deeply on where these wings come from.

As you can imagine real estate in
Heaven would be quite expensive. But even more pricey would be an
original set of angel wings. There is
after all only one Gabriel or Puriel. The wings have become status symbols for the wealthy. They wear them like you would a tie. Only these are surgically implanted. Above the shop is a captured angel as advertising for the store. She is chained and in her hand and heart she holds a tiny bee. The bee symbolized to me the relationship between Heaven and Earth. Many a beekeeper has been stung while looking on their colony with pride.

This society is one which hides the need to carry around a personal gas mask by making them into a trendy accessory. Its a society where they Retelevise their children in order to addict them to television so they can have more free time to themselves. 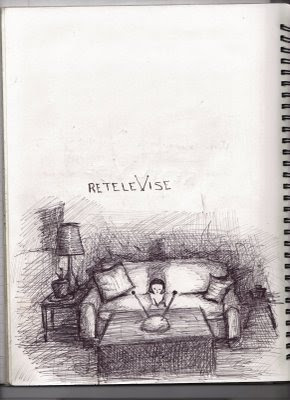 It a place where we have channels like
Positive News Plus+ which numerically rate the discomfort a news story might have, and allows us to set the level we are willing to acknowledge.

I loved the way Tez described it so I will repost it here.

Bryn Oh's works are artifacts from an alternate future, an apocalyptic universe where desperate mothers upload their dying children into cyborg bodies only to be beset by righteous mobs, children's rhymes warn against impending robot attack and tiny gear-driven insects engage in the ancient and universal struggle to survive. Superficially the story ought to be familiar to anyone who has so much as glanced at a work of speculative fiction, a cautionary tale in a dystopian setting. But Bryn and her work are never what they seem. The surface is worth seeing, but a closer look rewards the curious and the patient.

Formally these works are elegant and flowing; Bryn's faceless metal bodies often hold more energy than the avatars of her audience. But while the surface is lovely to see and the subject matter might skirt the edges of the obvious (An immersive virtual world provides a space to explore the post human dichotomy? Who would have thought?) there is more than meets the eye. These works are almost all presented as cyphers, vessels with secret compartments containing clues with evocations which open more secret doors.

Bryn's works are infinitely more intriguing for this layering. Spend a moment exploring and you will find hidden buttons that play sounds, poems that include clues which lead you on a hunt for more clues, works hidden within works. Given this, it is perhaps not surprising that Bryn herself is a cypher - an avatar for a storyteller, but also an individual who exists online not as an artist, but as a refugee from a universe where mothers really do sacrifice their children to technology, and angels are dismembered for their parts. In this universe, we embrace the synthetic in the most beautiful sadness, not for play or pleasure, but as a last act of survival in a brutal world of gears and rust. In this hertzian space our saviors come in digital form (if they come at all) and mourning is the same as standby mode. Cold comfort is the best we can expect, and for all this we encounter moments of tender humanity that are oddly comforting. In this sense Bryn is not a storyteller so much as a tour guide, a documentarian of her own raw autobiography, from a place where the robots are real.

I will talk about the second building in Heaven on my next post. But should you wish to view this build then please put in these special sky presets which Tez has made pdf directions to do. 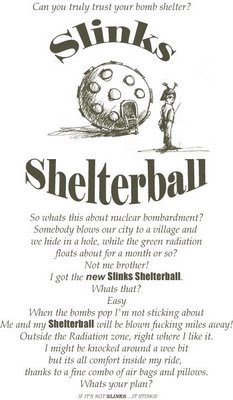 And I would like to thank the University of Kentucky and
Tezcatlipoca Bisani for wanting to exhibit this build
in the first place.

here is the SLURL to the build.
Condos in Heaven at University of Kentucky

Sorry for the weird layout
Blogger lets me set it all up
then proceeds to put it
up the way it likes.

Clicking on the pics
will enlarge them
I just discovered

Phillip Vought said…
Condos in Heaven was the build that made me realise Bryn had a lot more than one chapter of a story to tell.

After seeing this build, sneaking in when it was located on Immersiva for a short time, I realised that this world view, this dystopic future has a lot more stories for us to hear..

I'm intrigued by Bryn's newer works and the development of the immersion concepts, but I see Heinlein-esque levels of storytelling in both Condos and Gears..

Cole Marie said…
Condoms in Heaven hahahahahahaha
I have that spell :X
*plots*

Bryn Oh said…
thanks for the ummm.. pressure Phillip. No seriously though, thats a nice thing to say. And it does not surprise me you have that Cole. Your wand makes David Copperfields tricks about as entertaining as putting an apple in a bag then taking it out again.
April 5, 2009 at 9:21 PM