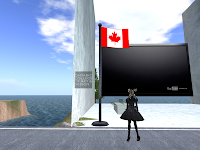 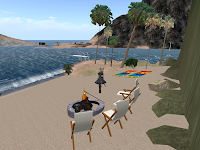 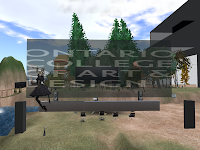 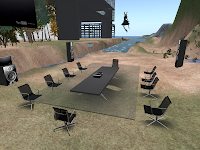 Oh I almost forgot. They put a flag on the sim. I really don't like that for some reason. You know, now that I think of it I probably shouldnt write blog posts while I am feeling snarky.
Email Post

Maya Paris said…
Your snarkiness has me grinning.When i first joined SL i walked around some cardboard-cut-out RL recreations, crashed a few times, thought "what's that all about" and didn't return for almost a year. Then i found Carleon Isle. Changed my view of it entirely and made me determined to learn a whole new set of skills. Something's starting to take shape now. So thanks.
December 25, 2008 at 9:48 AM

Corcosman said…
Well, if they started with beach towels and flags, there's nowhere to go but up! (We won't mention the 'down the drain' possibility.)