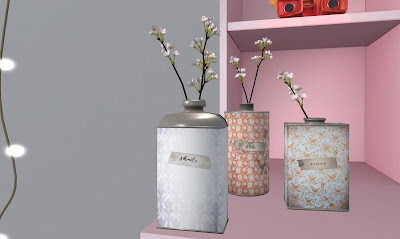 Often I will be linked to an article on Second Life and discover it is again written by a reporter who
was given an assignment to write about second life and rushed something out to a deadline.  The easiest path towards clickbait often revolves around virtual sex, so they write about that.  In all fairness they arrive as a noob and have no idea what to do as Second Life is designed for the user to create the world.. they give us the land to stand on and we create the space.  It is mildly amusing and perplexing when they confide, almost in a written whisper, to their readers that there is virtual sex.  What is I find odd is that they are surprised.  The human species might be the horniest species on this planet.  Our media is obsessed with it and I read once that the rapid rise of the internet was spurred in large part by people wanting to get faster access to their porn.   I would actually be shocked if a free and open virtual space didn't have elements of sex in it.  It is everywhere so why on earth would it not be found in a virtual space?  Anyway this post isn't about that, it is meant to show a different side of the virtual space that often is not reported. 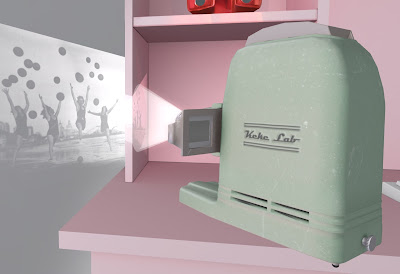 I met Kean Kelly over a decade ago through my friend Colemarie Soleil.  If I remember correctly she
was from Finland,  Cole from the United States and myself from Canada.  One of the pleasures of virtual worlds is you meet people, in real time, from all around our planet Earth and broaden your perception of the world through laughter and communication in a very creative space.  Kean's creativity could be seen through a store she opened called [ Keke ] where she built small bits of clutter found around ones home.  Small quiet things that helped define a space but were comfortable to reside in the background, things that didn't demand your attention ... things that were actually a bit like Kean herself.

A long time ago Kean messaged me to ask if I wanted to see her land which she was building with a close friend.  I discovered that Kean was battling breast cancer and she and her friend built a pastoral hilly land for them both to meet in and spend time together.  It was an oasis from the cancer treatments and something that helped reduce the ever present fear.  I walked through this grassy land to discover beautiful and hard to explain spaces that felt like rooms where someone had just been reading a book only to have left for a moment.  Greenhouses with peeling white paint housing plants and a worn out comfy chair.  On a nearby vintage table a tea cup still steaming with lemons cut and off to the side on a cutting board.  There were letters on tables and little curiosities.  At one spot was a grassy hill with a worn out couch on top overlooking a lake.  It was a quiet place to sit and listen to the sounds of wind and birds.  To talk and feel less alone.  To be comforted.

Often people outside the virtual space will ponder why people buy things that are not "real".  To have a virtual home or virtual artwork.  They will say we waste our time in an imaginary world and then those same people will go on Facebook or various other social media platforms or they will sit silently in their living room passively watching endless movies and tv shows that they can't interact with.  When you go to a concert and the final note of the final song fades away you don't have something you can hold in your hand, you have the experience.  And when we talk about what is "real" we talk about it as though its definite, but really all we see clearly is what we are directly looking at.  Even our peripheral vision blurs and our brain guesses what is happening there until we look.  We create our own realities based on our perceptions.  Is the virtual space real?  It is a real experience that is immersive. 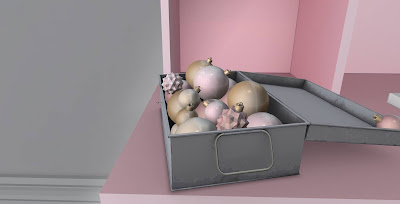 Kean fought cancer while her friends supported her for years.  She won that battle with breast cancer but sadly she passed a few months ago in a hospice from brain cancer.  Kean was a lovely unassuming person who will be missed by many and when I think of Second Life it is not the silly lazy reporting I think of, but rather the beauty of someone like Kean and how she chose to use it.

barbara.j.knight@gmail.com said…
Thank you Bryn for the post of Dec 9. I have read it over twice now, many of your comments touched me; made a little lump form in my chest. Yes, it is the experiences that are most important, most valued...in the end...that is all we have. All else can be lost or taken away. Thank you for your share and wishes Kean's friends and family to remember the 'experiences' so after the tears those experiences will bring smiles.

Corcosman said…
This is a wonderful tribute to a friend.

My first encounter with the greater depth possible in Second Life than I was experiencing in my first weeks in world was coming across a small memorial. Friends gathered together for a photograph to remember their friend who had died.

Since then, I've attended a few memorials for friends and acquaintances myself. For me, that old bromide, 'they'll always be with you' certainly holds true even in the virtual world. I'm a different person for having known them all. Now and then, I recall them.

Our common mistake early in-world can be assuming Second Life is separate from the rest of our life. Just another game. For some, that may be true. For others, it is one aspect of the lives we lead. And our friends and acquaintances are usually a large part of that aspect of our lives.
December 10, 2021 at 10:01 PM