People have been asking what I am doing in the future, am I moving to Sansar to work or staying in SL.. what new projects etc.   So here is where things stand now and the plan for the future. 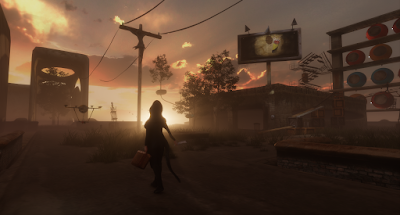 I am currently in a mode where I am attempting to get grants to turn projects into film and VR.
SL does not support VR but Sansar does.  I wrote a grant to the Canadian government to build a narrative called "Hand" as a virtual space explorable with the Oculus rift headset etc, and to then film the work as a 20 minute movie.  I have just opened Hand and I am really pleased with it.  There were lots of obstacles to jump over in Sansar and I was fortunate to meet Thoys Pan a very talented C+ scripter who helped me navigate through the scripting issues I was having.  The next step was to film the work in Sansar and this has become the sticking point for me returning to Sansar with other projects.  The main problem is that Sansar does not support the Spacenavigator mouse which is essential for me when filming.  They have some clumsy tools but it really limits what can be done with the machinima.  Will the space navigator become compatible?  I put out a request for compatibility a few years ago and nothing has been done yet.  I went to a recent community meeting with Sansar developers and directly asked if they had any plan to work on it.   The answer was there was no plan to look at it.  It's unfortunate because machinima is a great free marketing tool for Linden Lab if they embrace it.  The movies I make sometimes go in film festivals and many are studied in various schools and universities worldwide as part of their curriculum.  The students see the work but they also see the platform they were created in and take note.  Marketing for Sansar was another issue, essentially there was none.  The work took several months to create and I coudn't detect any effort by Linden Lab to showcase it.  Some might 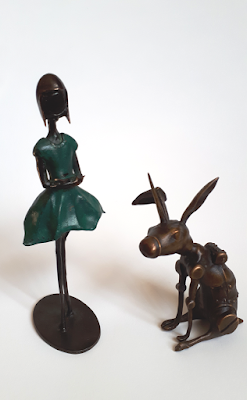 say Oh but its not their job to promote, but really it is.  They should be approaching Oculus to say hey here is a vr work a user created in our platform come look!  They should be reaching out to everyone.  What I saw, and I won't say which linden it was, but a Linden came and stood at the beginning of the artwork and took pictures for a feed (which is not discoverable with tags on the internet).  I told them they needed to enter the artwork to trigger the dialogue.. that they needed to engage to experience the work.  There was no reply and they left 30 minutes later.  So optically this says to me that the developers themselves are not particularly interested in exploring.  Perhaps they have already looked properly and just returned for images, perhaps they also are trying to market Sansar with user created work in unique ways.. I don't know.  But I have to know they are serious if I am going to invest in the platform.  I have applied for a new grant and I wrote in it that I would work within Sansar again, but this first experience suggests to me that I should look elsewhere.
So where is elsewhere?  Second life is still a good place to create despite the high costs, but another option is creating in Unity engine.  Unity supports VR and looks great.  It would be a lot of work to learn but within ten minutes I had already brought in a few models and played with lighting.  Unity could be used to show my art on phones or as downloadable experiences.

So the near future involves possibly creating the Standby trilogy in Sansar then filming it as that is part of the grant proposal,  Standby stays up in SL until i find out  if I get the grant as I may need to film parts in SL.  Afterwords I will rebuild Hand for SL and keep applying for various other grants.  In between I will make smaller playful builds that don't take several months to create.

This is where things stand right now and no I am not leaving SL at this time.  I enjoy creating here and it still is the best option for art in multi user environments.
Email Post

Kelley said…
There is a great education program offered by Coursera that'll teach you Unity in VR. The course is called: Virtual Reality Specialization URL: https://www.coursera.org/specializations/virtual-reality
It'll speed up the learning curve a bit :)
January 11, 2020 at 7:25 AM

cFiz said…
Hi Bryn it’s colin fizgig from LEA days. I found this post and gave it a read through. You should definitely give Unity a go. The setup is pretty easy compared to the level of control you get. I teach a class in constructing the moving image and post tutorial videos on taking objects and characters from Maya and Blender 2.8 to Unity for animation. You can find them by looking for my avatar name on YouTube. Good to see you are still making art in the metaverse and real world. Hope to see you around the webs.
February 12, 2020 at 10:41 PM