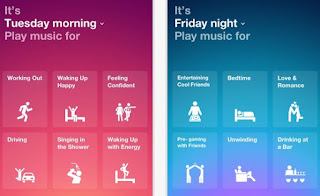 My computer is pretty good but, yeah, I have to update it to run the occulus.  The GTX 970 is about $500 Canadian.  So that's like $1300 total now.  So I might be a nerd.  Actually I am fairly certain that I am a nerd.  I find technology like this interesting and I want to have it, I do, I do! so maybe I will spend this much money on it though I would feel kind of stupid in doing so.  Seems kind of decadent.  But will other people spend this much who are more sensible than me?  Is it on par with the giant tv and theatre system that a lot of people spend their money on now? (disclosure I have no tv)  If you get the giant tv and all that stuff then you at least have all the movies and endless tv to put on it.  I think the occulus comes with a few games but I don't know.  I just don't KNOW!   Someone tell me what to think! Ahhhhhhhh.
Email Post
Labels: occulus rift specs songza