The Singularity of Kumiko letters 13 and 14 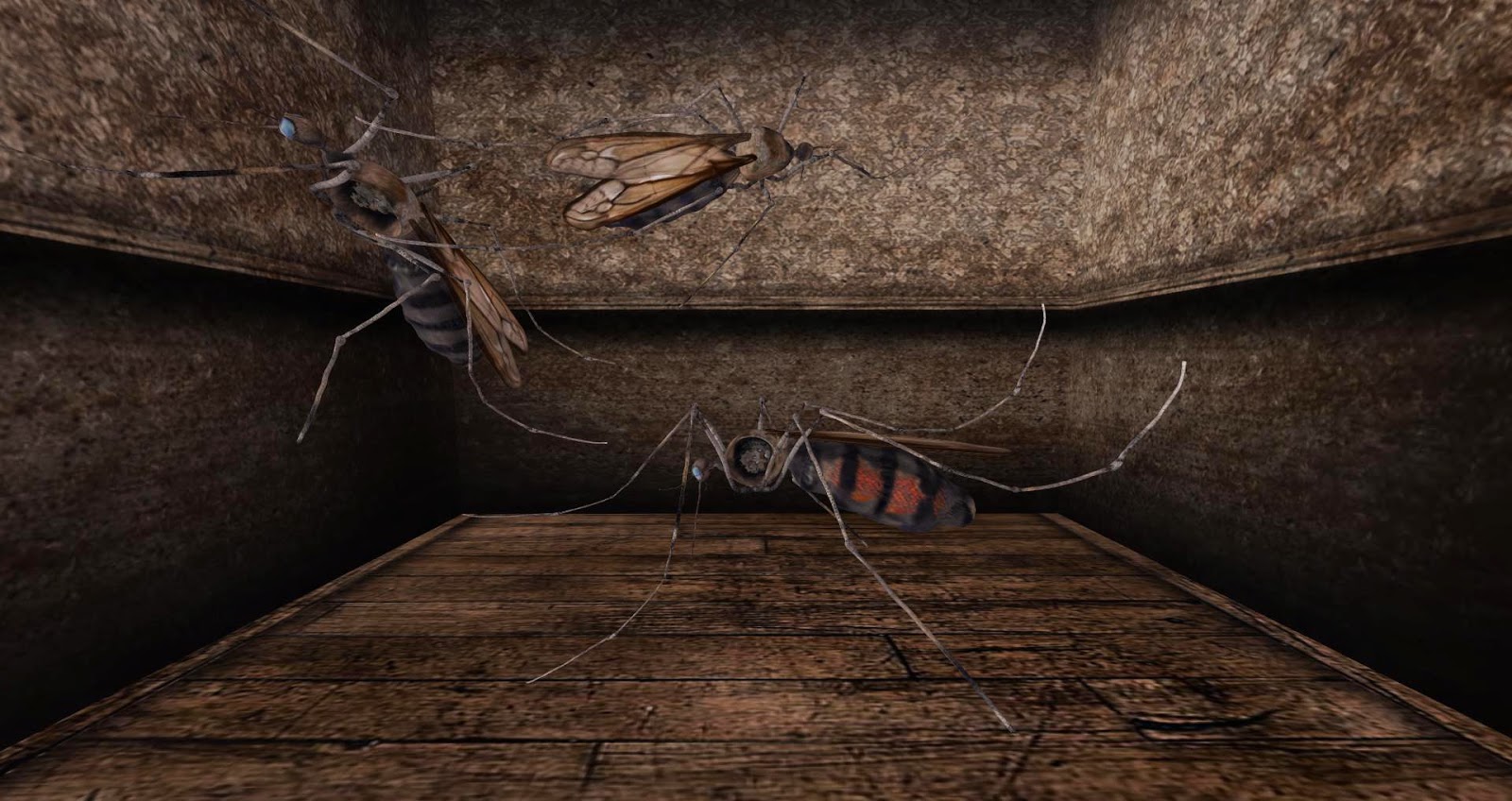 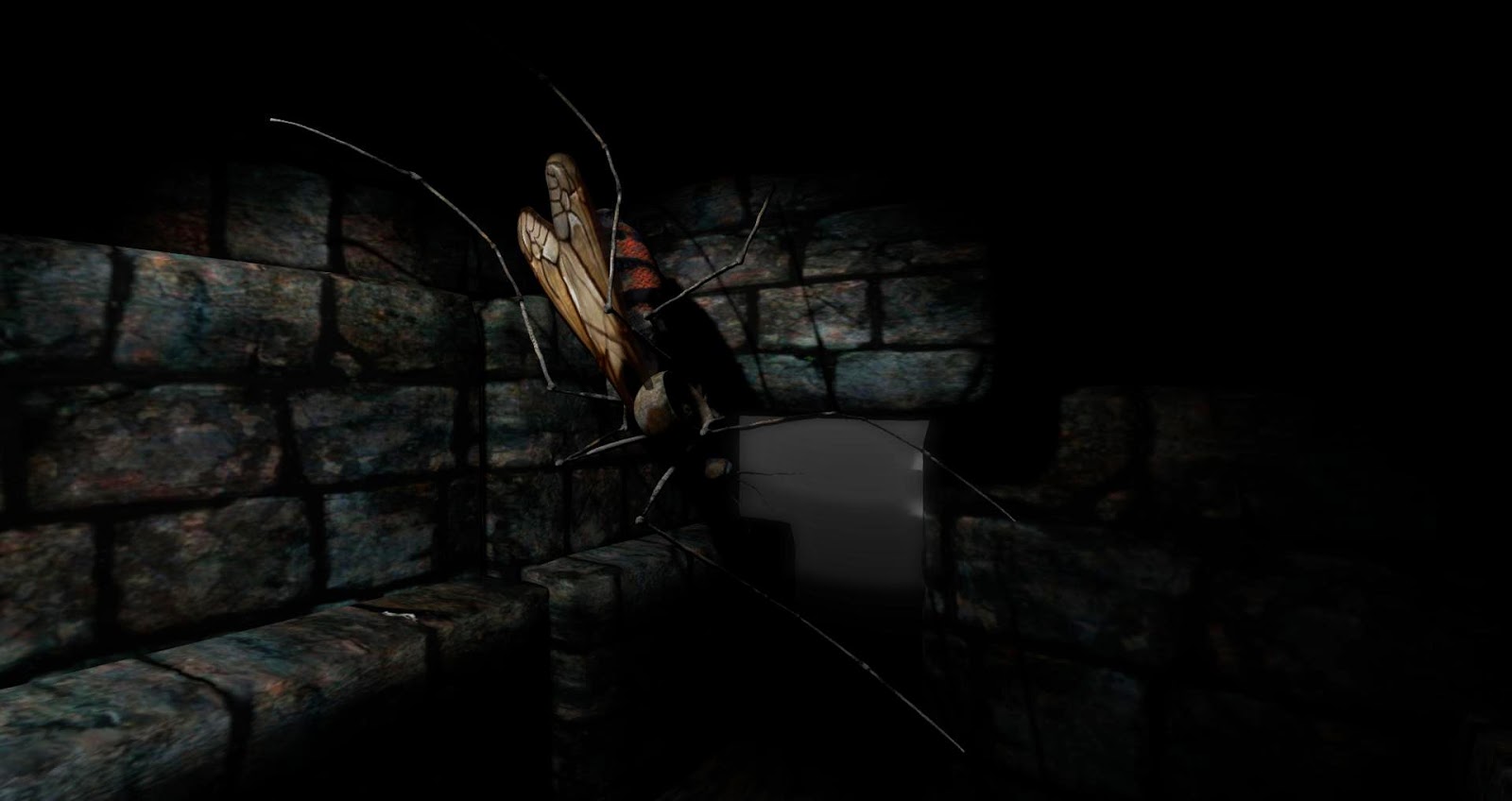 Kumi please, I know how disoriented you must feel alone in the dark.  When I say "we" I am talking about others who are also concerned about you.  Come back to us.  Come back to the world you left behind.  Remember the movie theaters or that music band you like so much these days?  I forget their name.  Evangelist tea party? It’s something like that.  Think of your shiny green car and those virtual games you so love to play.  Think of the fine restaurants and a closet full of new clothes.  Think of bright city lights... you can't possibly like the dark. 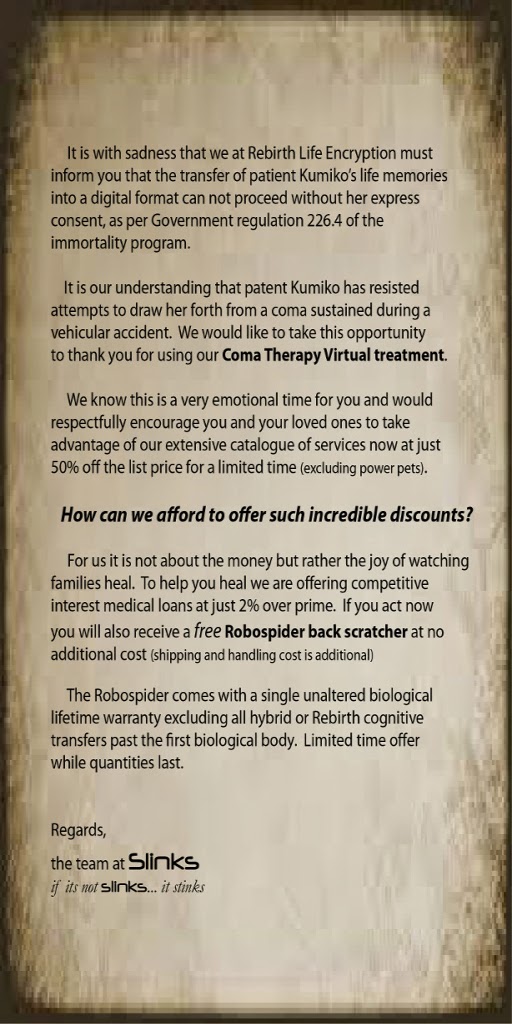 Kumiko we can get you a new PowerPet.  There is a popular one out right now called Zinger the Rocket Dog and he is full of advanced functions.

We are in the Singularity Kumi, and all we have to do now is play.

I have to admit to you that I have used Life Encryption.  I did it last night and I will try to get Imogen to consent when she is lucid.  I know I am not supposed to mention this Kumi, but they must have your consent soon if we are to record you as well.  I need you to tell me in writing in your next letter that you wish to have your memories preserved.  Don't be stubborn Kumi, this is not a game.  We know you have stopped looking for the exit sign.  You can't possibly want to stay there.

Please come back to us.

In this letter from Iktomi it becomes clear to Kumiko that he, her mother Imogen and the Scientypes are all attempting to steer her in a direction.   He uses the intimacy they shared, the talks late at night, the touch of skin, in an attempt to save a part of her as she lay dying in a coma.  To encrypt her mind and bring her back one day, but Kumiko has changed, the hooks that may once have caught her attention no long hold the same allure for her.  To them it is inconceivable that Kumiko could prefer the dark and lonely place she is in.  Iktomi says that they are now in the Singularity and all they need do is play.  Play for eternity while the machines of the Singularity chart an exponentially changing course for humanity.  We are Gods whose dream is to become children to a machine. 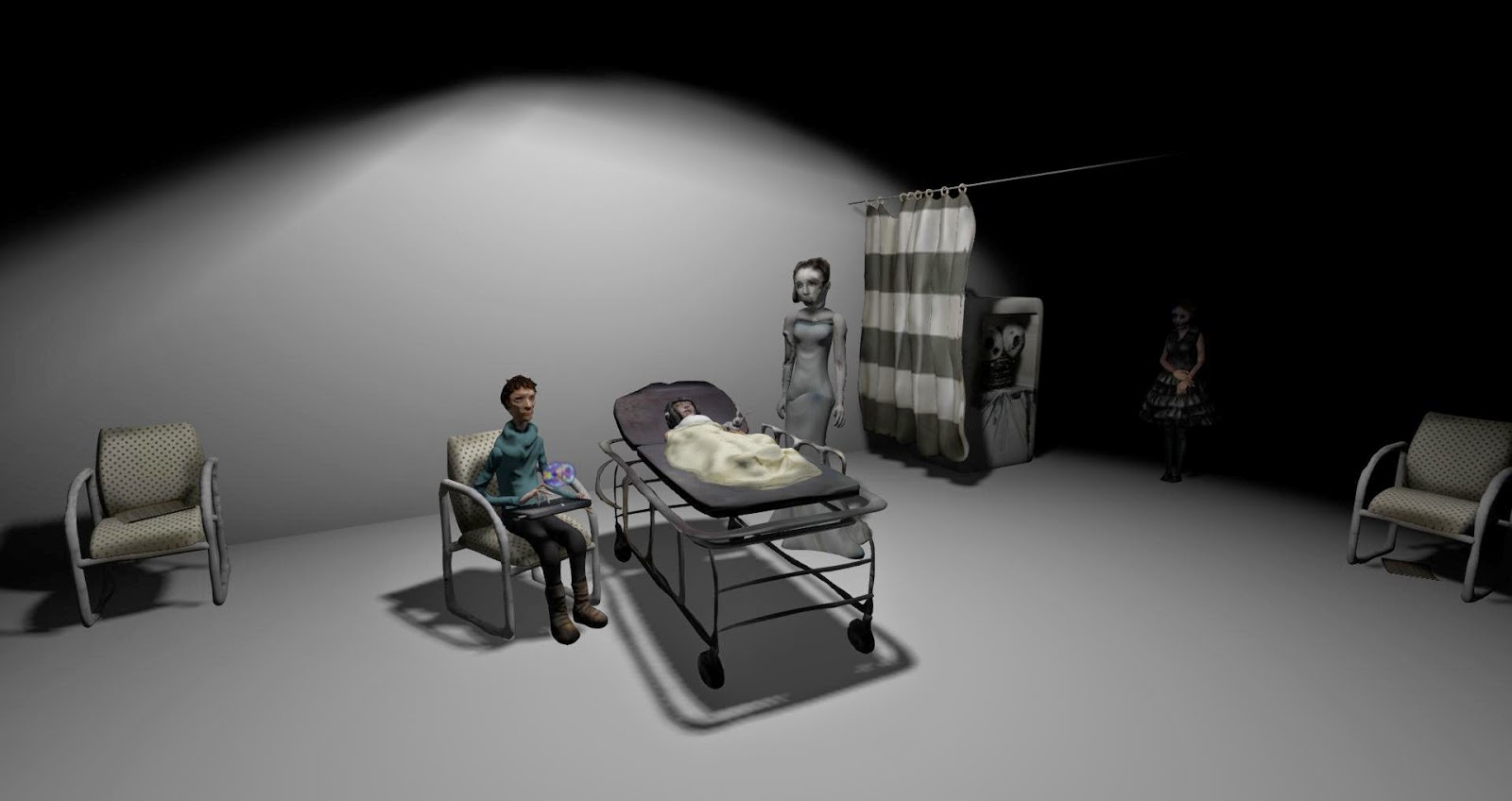 I went exploring with Scruff today and found a beautiful field of light bulbs with huge powdery white moths hovering above them.  All I could hear were their wings gently moving.  Later we found the skeleton of a giant cat and some shopping carts tied up in trees like the bones of a consumerist Sherpa.

Over by a stump I saw a real live Honeybee.  Not the pollinating machines they said would replace the bees after they disappeared.  It was trundling about on the stump paying no attention to us.  Did you know they have a stinger?  They would defend their hive with their life should they have to.  Their stingers were serrated like a hook, and in the act of protecting their hive they would themselves die as their singer was connected directly to their heart... when pulled free it meant
their death. 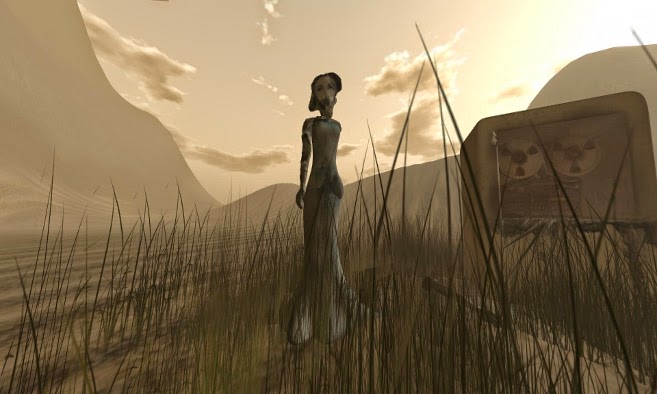 I watched him walking around and thought of that old saying you used when talking about something wonderful.   "That was the bee’s knees" you would say, but I never really understood it.

Now I think I do.

When I looked upon him I noticed his big fat legs where he was collecting pollen.  When he got home to the hive it would be converted to delicious honey.  So when we say "the bee's knees" we mean the simple yet beautiful gift of honey that they bring us.

Iktomi this will be my last letter to you.

I know that something has happened to me in the real world.  I don't know what it is, but it's not really important to me.  You tried to lure me back with products and promises but I am afraid they hold no interest to me anymore.  Well that's not entirely true.  They have studied, marketed and addicted me to it all like a Pavlovian dog, yet I am fully aware of this and still gleefully wag my tail.  It is true that it is dark here, but I have Scruff and Rabbits and Honeybees.  You won't understand and that is ok, but I need those things. 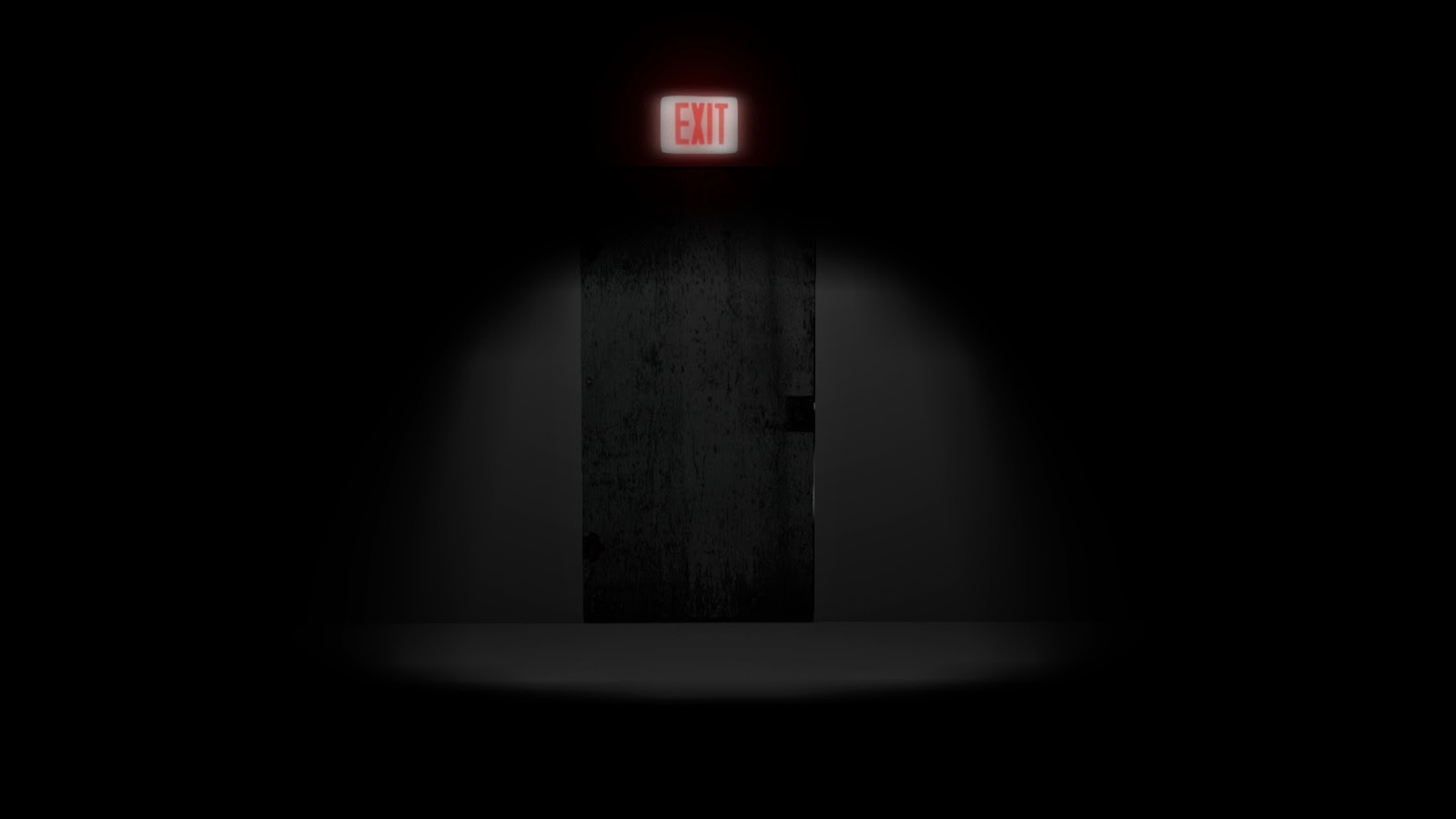 Please tell Imogen that I love her.

In the final room we see Kumiko at the hospital.  By her bed sits Iktomi writing a new message to send to her by USB.  Imogen watches from the shadows by the Rebirth memory encryption machine whose wheels remain still.  Standing over Kumiko singing quietly is a Vera Lynn singbot which they hired to sooth her in the coma, if she can hear.  It is the same Vera Lynn, though cleaner, who stood singing to the memory encryption machine of Imogen (which now also has Kumiko) from the previous story Imogen and the pigeons.  It was her final purpose, and even after the end of the human world, she remains to sing to the final recording of a human mind, the digital mind of Imogen whose love and longing is powerful enough to change or rewrite her digital memories allowing her to bring back Kumiko as the child she remembers her as.  The first birth of a digital species. 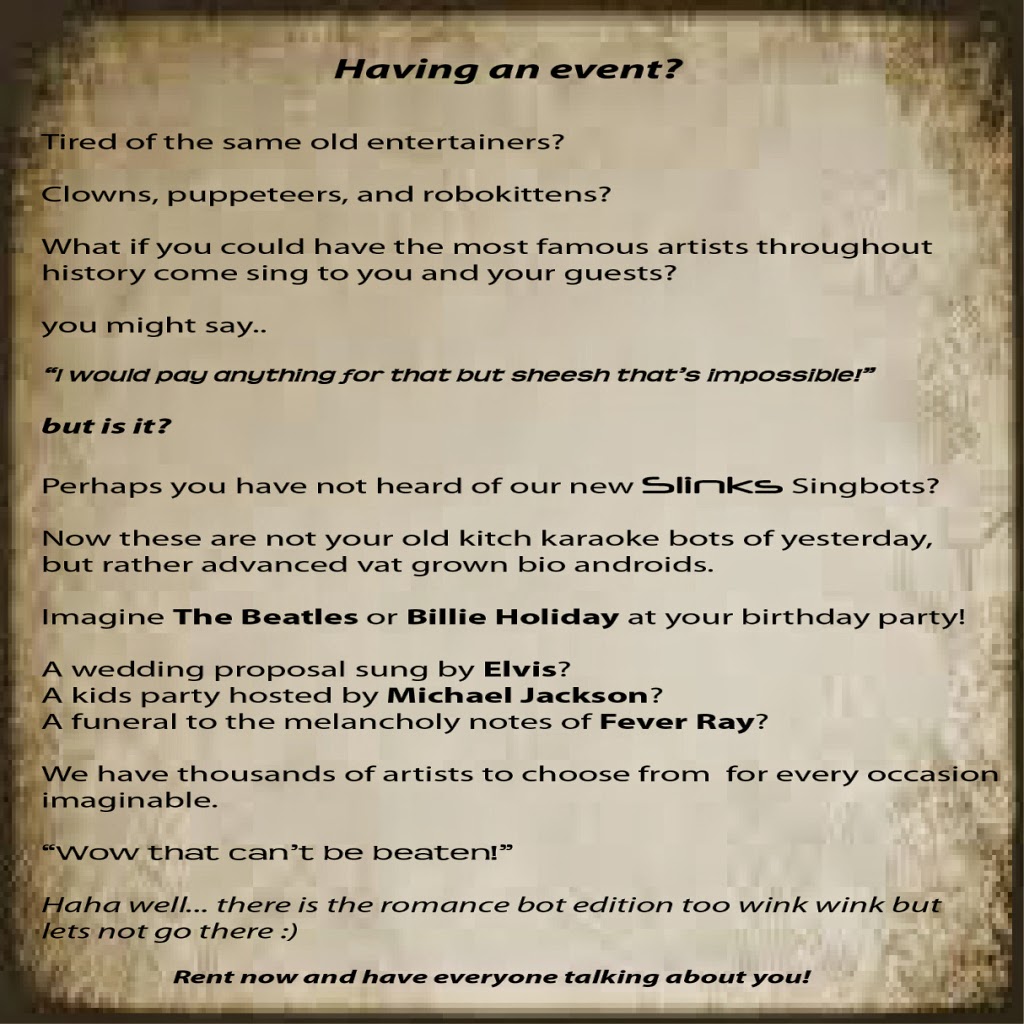 In Kumikos final note she tells Iktomi that she chooses to stay in her dark world, knowing it may just be a dream, but one in which her loves are not products but rather things that mean something to her on a deeper level.  A fake world perhaps, but one which has her beloved dog Scruff and rabbits.  A world with Honeybees that collect pollen on their legs and during their daily travels spread life.  The mysteries of nature which were obscured by the opacity of her technological existence.  Ironically Kumiko rejects her life being preserved digitally, feeling that a single life has more meaning over an eternal one.  She rejects the notion that being preserved would bring happiness, yet much later, that same technology is used and manipulated by her mother Imogen for her own salvation and joy.  A joy derived from being reunited with her lost Daughter.  There is no black and white morality to the Singularity of Kumiko, just a melancholy grey.

epicdewfall_paintings said…
I wonder if your visual stories might sell well as print on demand large poster designs on zazzle.com.
June 8, 2014 at 10:47 PM