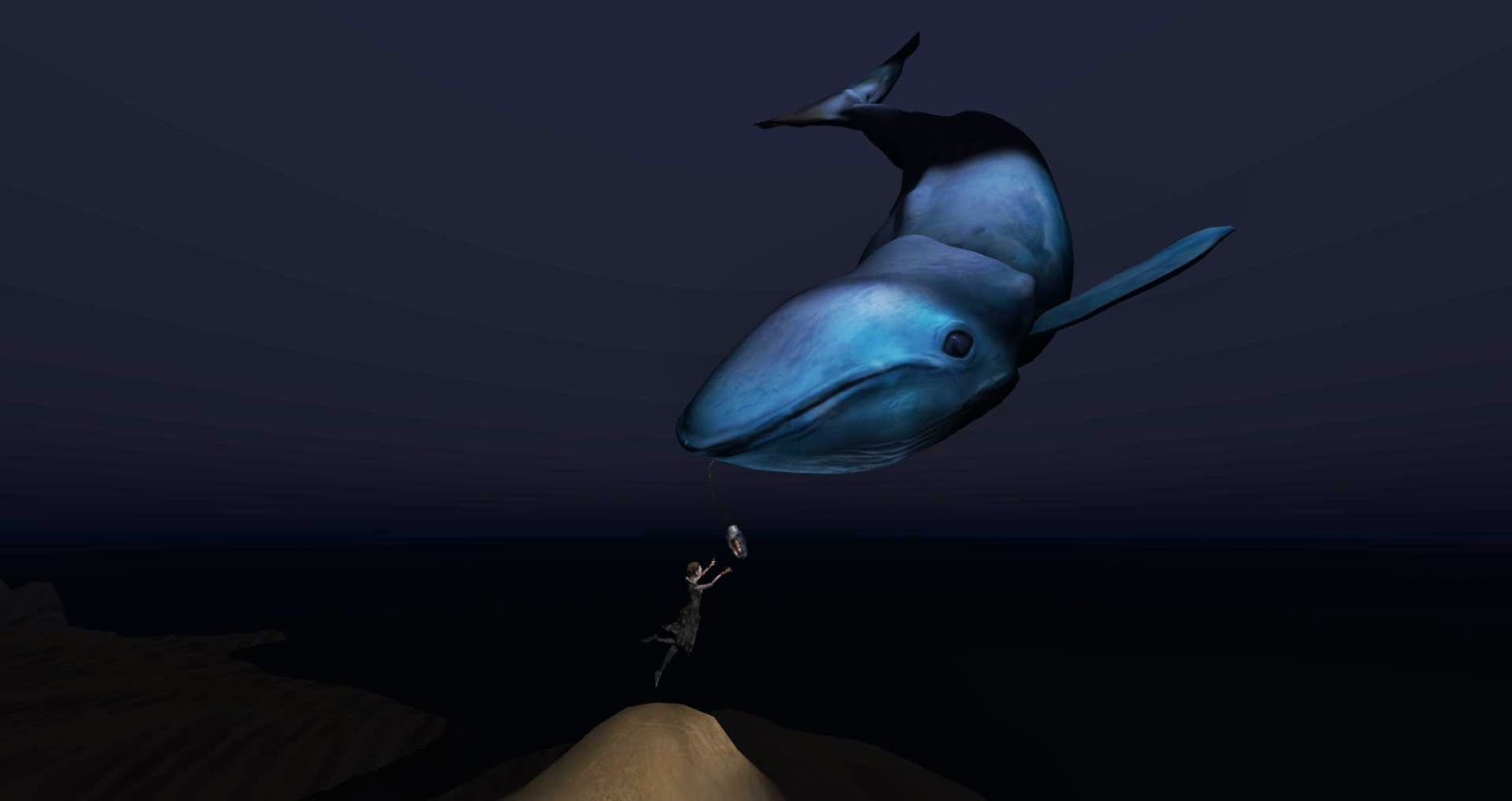 "Art is an immortal statement of the mortal" says Ron Elstad.  That sounds lovely but I don't really agree with it, but then, I have searched every pot hole on my street, from the shallow to the deep, and not once have I found even a single gram of marijuana in them.  A tragic misnomer. 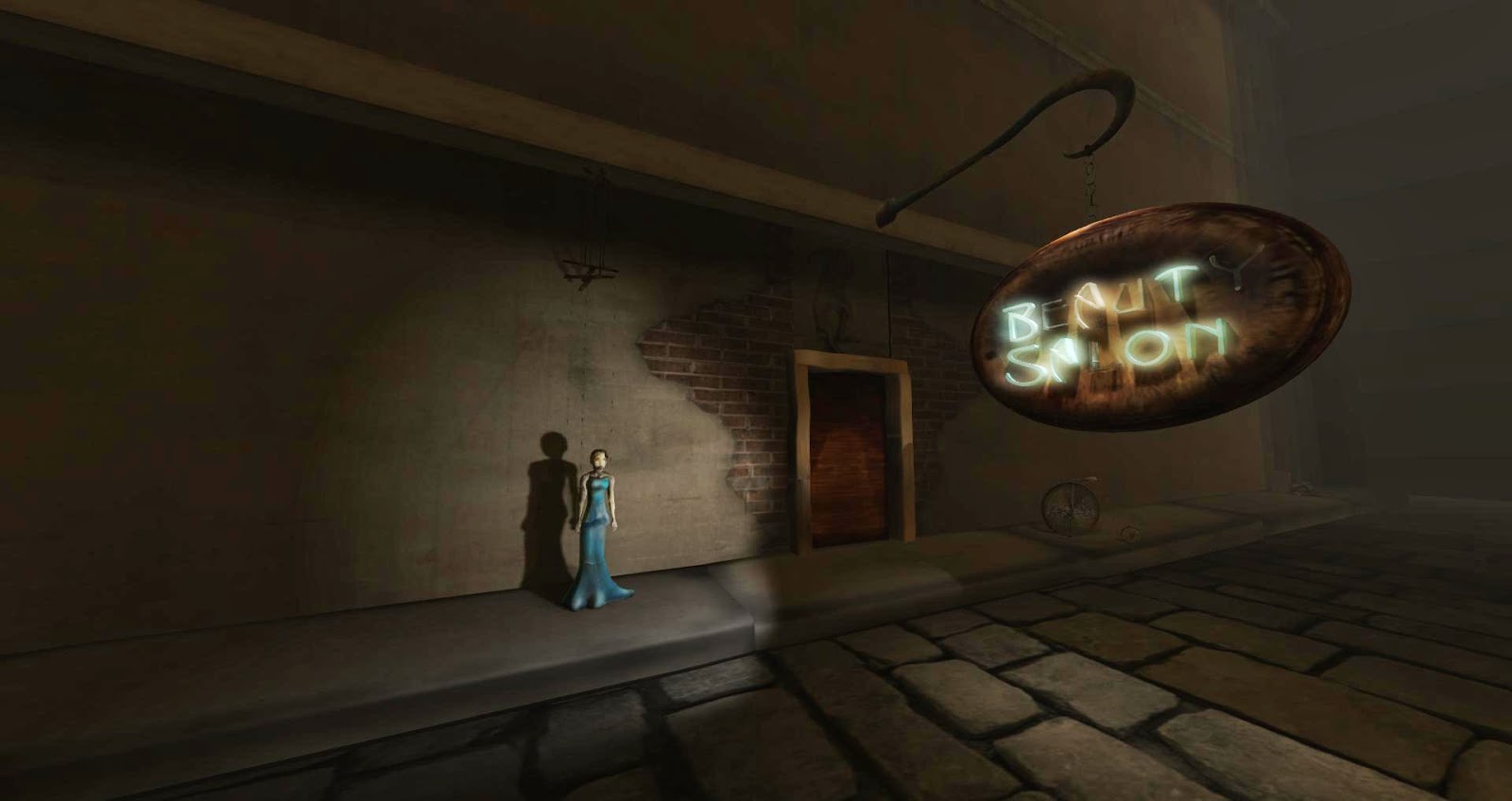 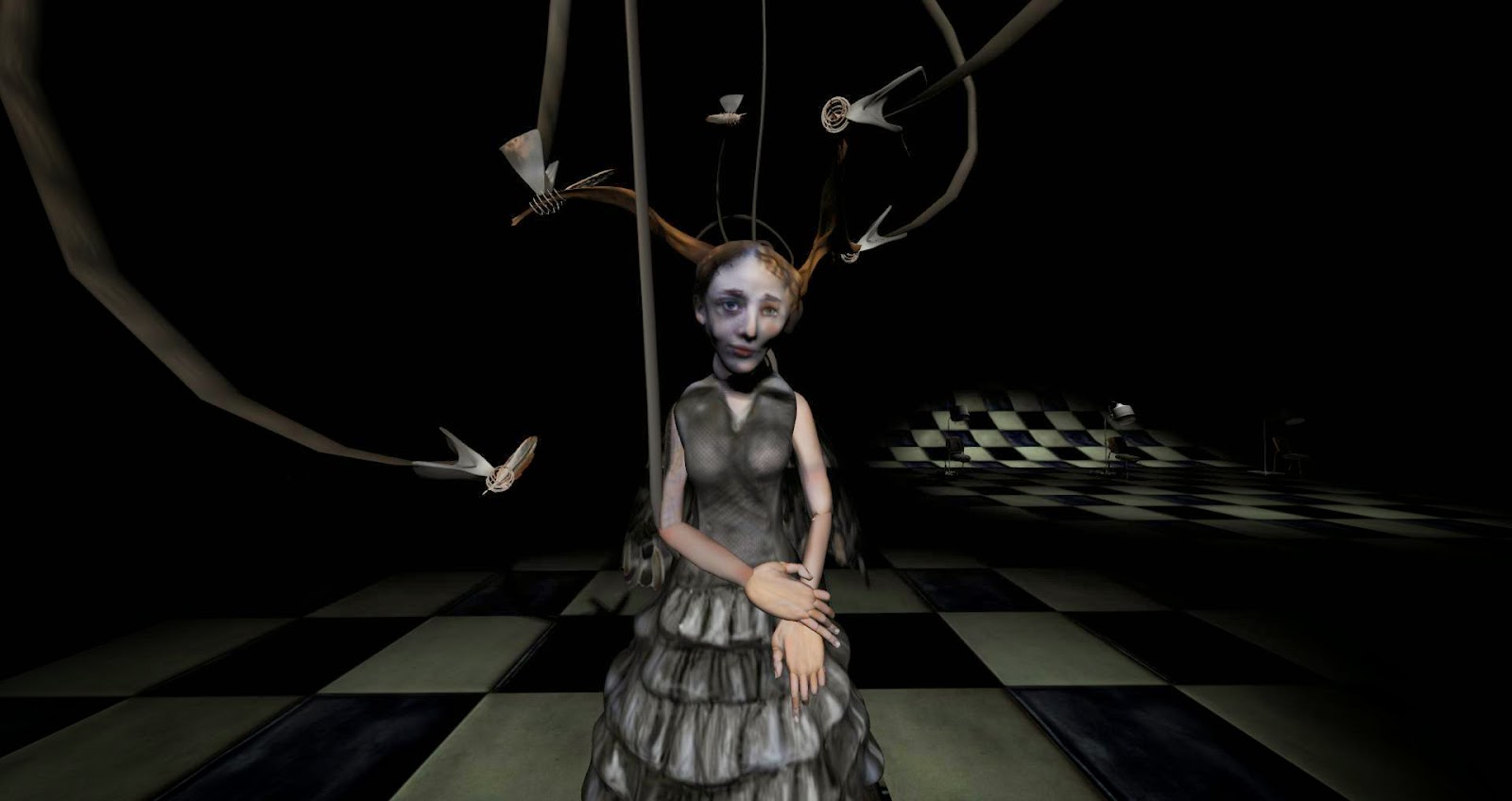 My blog is a fragile record of my art work in a fragile virtual world and as such I will today, a day after my 7th year as Bryn Oh in Second Life, begin cataloging my new work The Singularity of Kumiko and relate how it connects to Imogen and the Pigeons, my previous work shown on my virtual land named Immersiva.  There are several posts starting with that link which explain who Imogen was and act as a walk through of the previous story from which The Singularity of Kumiko is a prequel.  My focus or goal in using virtual worlds for my art has always been to create an artwork which is defined by the experience of being immersed.  As an oil painter I have always been accustomed to working on a 2D surface that reflects a moment in time, a snapshot that we stand back from and observe at a distance of five feet or so.  We contemplate the painting within the confines of a gallery or museum fully aware that we are not in the artwork itself, but rather looking at an artwork on a wall with one eye, while always being aware of the environment shared with that artwork.  The people milling around, the choice of shoes they have made or perhaps we are distracted by something so benign as the annoying pitch of a persons voice nearby.  In these spaces we share our focus with a variety of other distracting things beyond the smiling Mona Lisa.  And at no point do we expect to turn and see who Mona is speaking to nor would we contemplate walking up the hill that stretches behind her.  There is a barrier to immersion which we accept and expect. 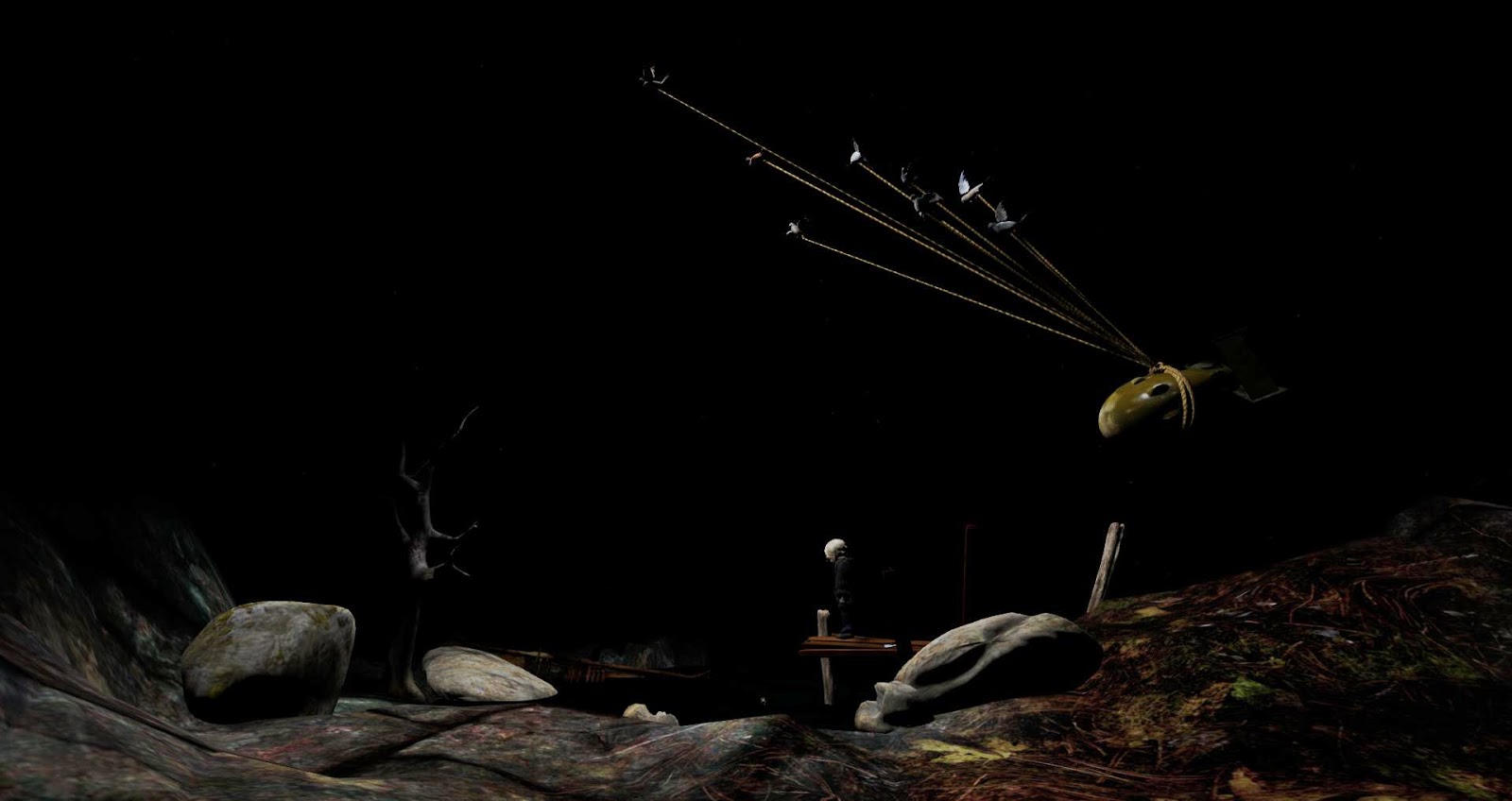 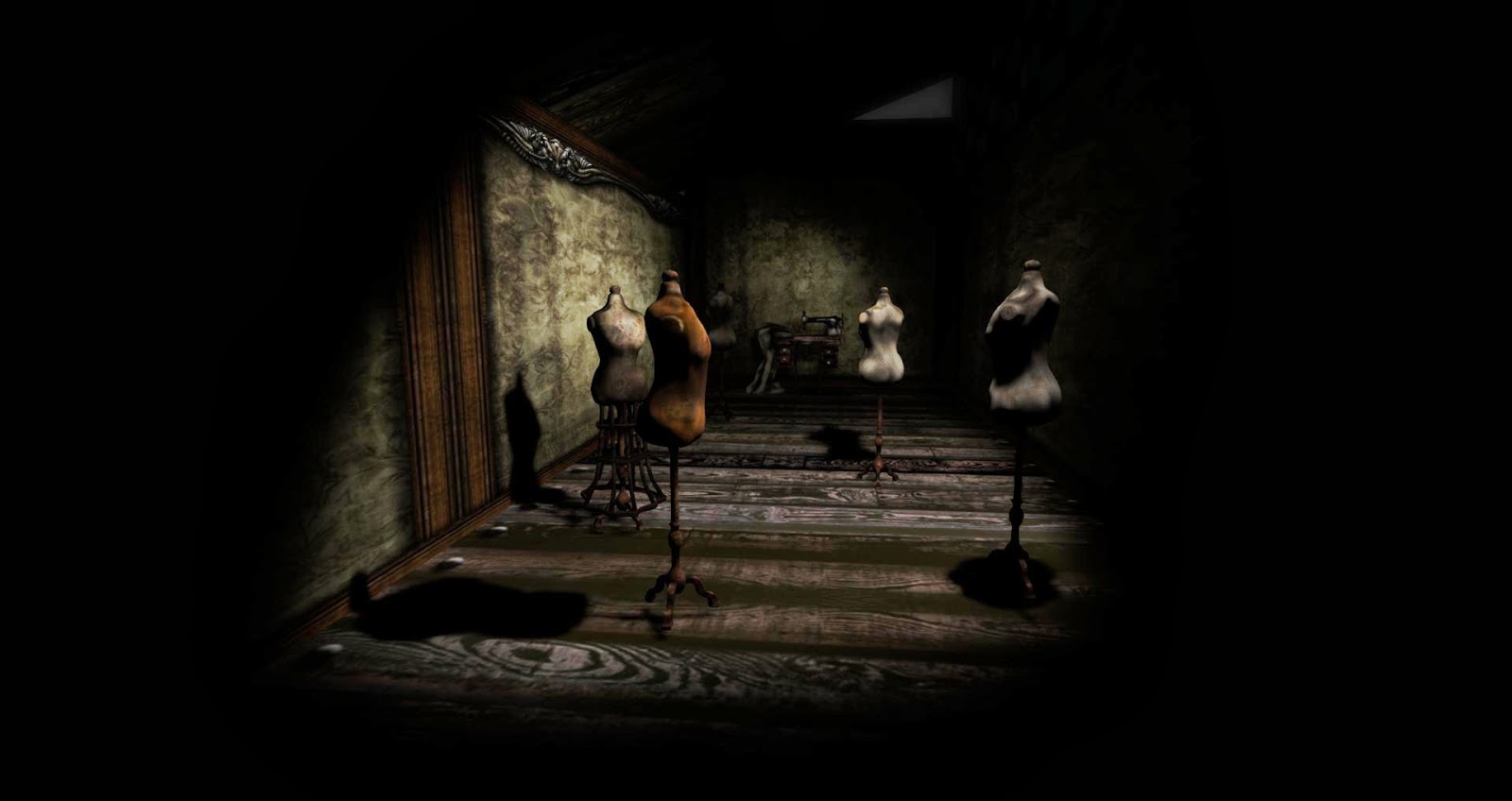 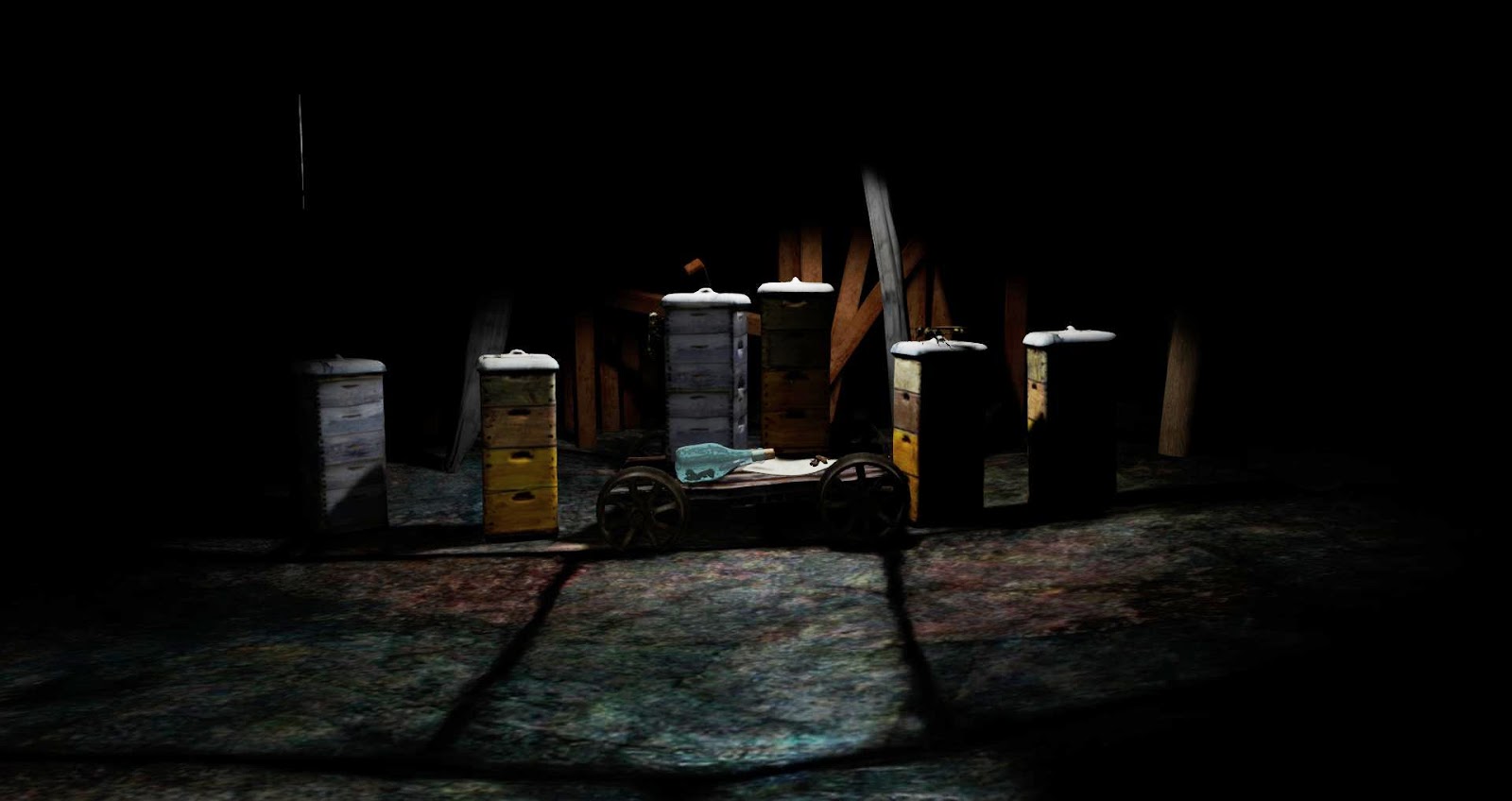 Perhaps later we go to a cinema to see a movie.  The screen is massive taking up almost all our view with just the exit sign in our peripheral vision.  The lights go dark and we are expected to be silent.  Distractions have been greatly eliminated, we don't see people around us in the darkness outside the narrative, the excessively loud volume prevents us from hearing sounds that don't belong in the narrative around us.  It is no longer a static image but rather a work with duration.  A great story with great actors can create a deep level of immersion under these circumstances.  But there is still a flaw, in my opinion anyway, and that is we are passive observers being told a story.  We are still separate.  If we come to the same movie tomorrow it will be exactly the same story with the same camera movement which we are unable to break free from.  If we see a mossy stone off to the side of the narrative we can not wrestle free from the scripted nature of the camera movement and observe the stone more closely.  We can not turn the rock over and watch the centipedes scurry for cover.  We are observers but not active participants to the artwork.  My goals have always been about trying to create that next stage to immersion within a multi-user environment.  I want to create an artwork which immerses the viewer, yet allows you to make decisions within an open ended environment.  The next few posts will take you through the two stories
Email Post
Labels: bryn oh contemporary art immersion Immersiva imogen and the pigeons second life the singularity of kumiko virtual art virtual world

Unknown said…
I deeply admire your comments, and how you invite us into your creative process. Your thoughts- as well as your artwork- have been a tremendous influence on my writing. Thank you for that gift.

Bryn Oh said…
Thank you Gypsy that is very kind of you to say. It is rewarding for me to read that and I appreciate you coming to see my work.
March 26, 2014 at 8:58 PM