The singularity of Kumiko and Ray Caesar 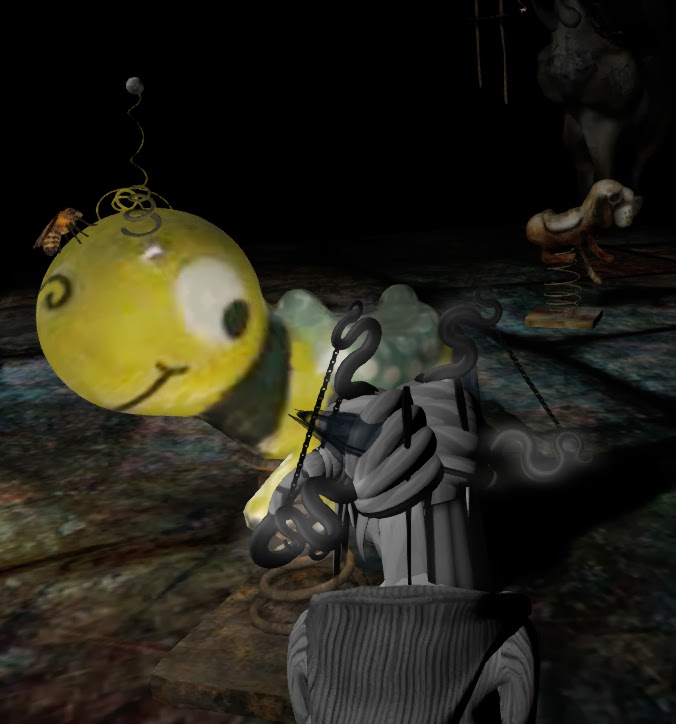 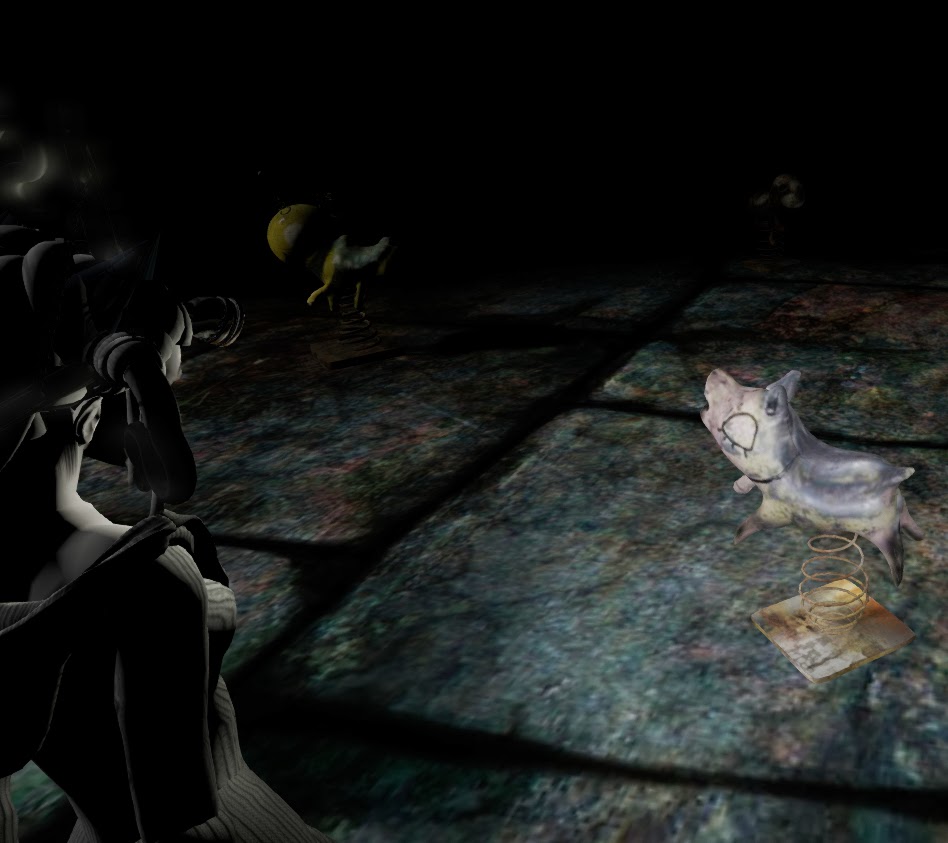 There are a few things to talk about for this post.  First is that the Singularity of Kumiko has been open a week now and I am happy with the turn out so far.  It is capped at 15 avatars but still getting upwards of 600 visitors a day which is more than I had expected.  Imogen and the Pigeons was getting thousands a day but there was a higher avatar cap of 30 I believe.  There have been some insightful posts such as http://laskyaclaren.wordpress.com/2014/02/09/the-singularity-of-bryn-oh/ and https://modemworld.wordpress.com/2014/02/14/upon-reaching-a-singularity/ as well as the inevitable complaints.  Generally those are coming from the odd photographer who feel it is too dark or they get killed by Mr Zippers while composing a shot.  My response to them is that I do not make make artwork for pictures.  There are plenty of pretty sims built for that purpose.  It is actually pretty arrogant to assume I would adjust my artwork to fascilitate your hobby, which reminds me of a comment made for Imogen and the Pigeons when it opened last year.  Someone said to me that they "Didn't want to do work in order to see art".  There is this belief, by some, that art should be offered with eyes lowered on a silver platter.  Some are accustomed to overly nice Wallmart greeters or restaurants whose servers are constantly asking how the food is, or should you take a sip of water they are magically at your shoulder refilling your glass with three drops.  I am thinking locally of a restaurant called the Mardarin but I am sure this strategy of overly decadent treatment exists everywhere.  I find it a bit debasing and it makes me uncomfortable, but I understand the intention of the restaurant, Wallmart or whatever to try to make the guest feel like Royalty.  Its a type of fantasy.  Art will, hopefully, never decline to that level.  I spent four months building the Singularity of Kumiko, I charge exactly 0L to see it.  If you can't spend five minutes setting up the windlight then seriously, go away it is not for you.  I have actually only received a handful of complaints like that but still it is annoying.  Rant over. 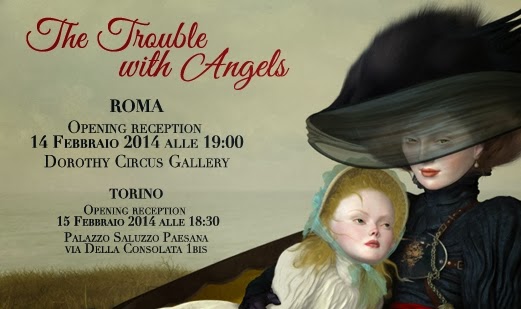 I really wish I was still living in Italy at the moment as there is a great show to see.  It is at http://www.dorothycircusgallery.it/ and has the work of Ray Caesar and Anita Kunz.  Anitas work is great and Ray Ceasar is one of my favorites so if you happen to live in either Rome or Torino then have a look and tell me if it was completely awesome and how much his work sells for there!

Also thank you Hope Leissa for buying  me at auction for 47,000 Linden in support of the Feed a Smile charity.  Very generous of you.

Persephone_too said…
As to the lighting issues some people have with this show, how you set your lighting is still your choice. It's not imposed upon you. You can choose to view this art as it is intended to be viewed or not. You can leave your settings at daylight or moonlight if you don't like the darkness, but you'll be missing the full impact of the experience.
February 27, 2014 at 3:37 PM

Unknown said…
I know you aren't thinking of photographers when you make you are creating Bryn - nor should you be. But I have to tell you that I have learned tons about taking in-world images by working with the lighting you use - and had years of pleasure documenting your builds as well as walking through them!
March 10, 2014 at 10:32 PM