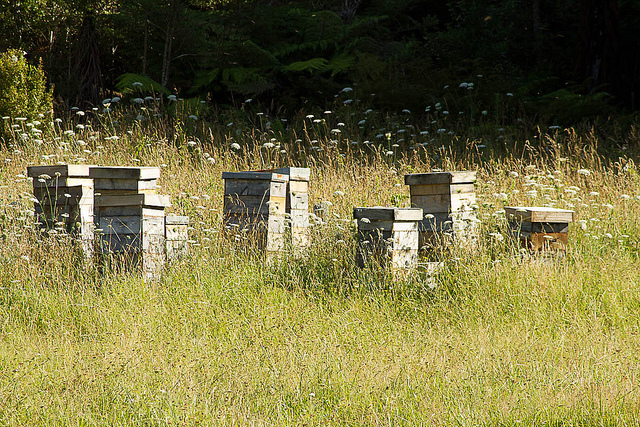 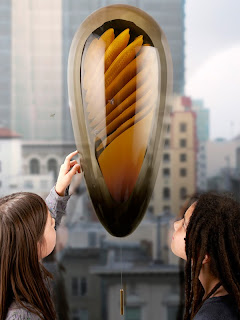 I think some people know that I have a thing for insects.  I often make robotic ones and there will likely be a few in my new build.  I always loved to turn over rocks and see what little worlds were under there.  I actually did that yesterday and found 30 or so tiny white millipedes that had just been born.  It has not always been rosy though.. when I was a kid I found a wasp nest inside one of those great big hollow cylindrical concrete construction things.  I was with a few friends and naturally we decided to crawl inside the tube and hit it with a stick.  That didn't work out so well and there was a profound echo of screaming in that tube as we had to back out while being stung.  Not one of the smarter things I have ever done.  Anyway I am fairly obsessed with honey bees at the moment and I thought I would share this idea for a home beehive. 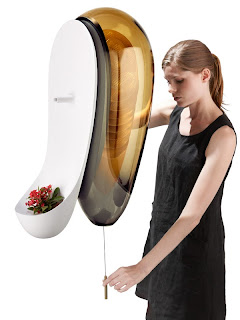 The urban beehive is a concept for keeping bees at home. The beehive is designed to allow us a glimpse into the world of these industrious creatures and to harvest the honey that they produce. It consists of two parts: entry passage and flower pot outside, and glass vessel containing an array of honeycomb frames, inside. The glass shell filters light to let through the orange wavelength which bees use for sight. The frames are provided with a honeycomb texture for bees to build their wax cells on. Smoke can be released into the hive to calm the bees before it is opened, in keeping with established practice.
Email Post
Labels: bees bryn oh Bryn Oh and Immersiva contemporary art