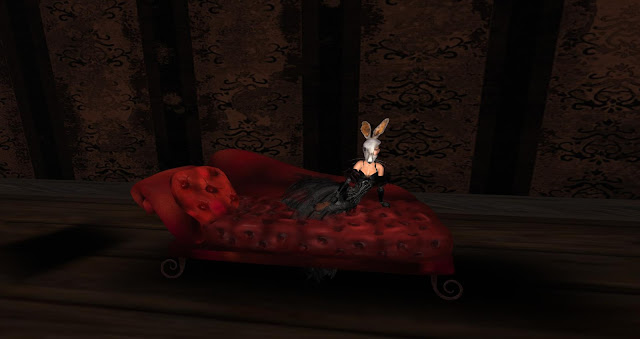 On December 31st I will be deleting Gretchen and Teddy and turning Immersiva private for the next few weeks so that I can put the finishing touches on my new build called Imogen and the pigeons.  I am hoping to open the build right around the 15th or so but hopefully sooner.  The picture above is from one of the scenes in the new narrative, but really I just wanted to show a dress made by my talented friend Gwen.
I can't really say too much about this new build or I will spoil it I think.  All I can say is that there are layers to it with some things falling into place more the second time through.  Some parts are tricky and some a wee bit dangerous.  Other parts might require you to say things in chat while others are quite open ended.  I expect it to be quite chaotic.  I will sending out invites for a small media tour in the next week or so,  if I don't contact you but you would like to attend then send me a message.

Unknown said…
Thank you very much for the information provided! I was looking for this data for a long time, but I was not able to find the trusted source.
Burun Estetiği
January 4, 2013 at 6:45 AM