I have known a gentleman named Kueperpunk Korhonen for quite some time now.  We first met ages ago as members of a now dead art collective called Caerleon.  He is an accomplished cyberpunk author and has put together Festival der Liebe which celebrates virtual art, writers, musicians and photography.

The whole schedule of events over the three days can be found here..  Schedule

I have created a fun little build for the festival called "Still life with Mark Rothko beating the crap out of Vladimir Umanets"  I think it is a potential piece of yellowism. 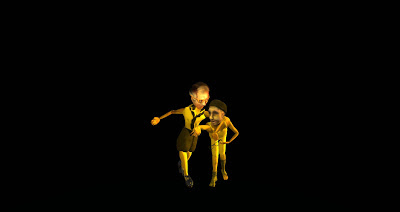 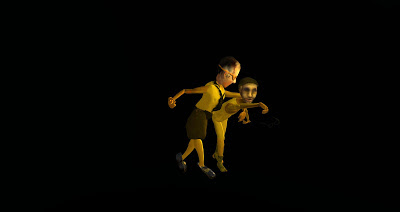 If you hadn't heard, a work by Mark Rothko was damaged at the Tate Modern not long ago.  The work Black on Maroon was written on in marker by Vladimir Umanets. He wrote "Vladimir Umanets (just make it difficult for the police to find you!) A potential piece of yellowism"  Yellowism being his self created art movement or style.


What I liked about Black on Maroon was that it was originally commissioned by the Four Seasons Restaurant in New York city.  When asked what his intentions were for this series he said..

“I hope to paint something that will ruin the appetite of every son of a bitch who ever eats in that room,”

How can you not like that response in our day of media coached actors and sports figures who never actually say anything of substance for fear of someone being offended.  Rothko didn't just say something politically incorrect but rather took direct aim at his patron and their clientele.  It makes me giggle it does.

Anyway,  so in my virtual world Mark gets to meet Vlad and discuss the finer points of Yellowism.

tristan said…
this is just right