The machinima gives a hint about how the build works but unfortunately it was done at a time when my computer and internet connection was struggling so it's a bit choppy.

Madpea is a Second Life company which produces a range of what you might call "games".   Some are quite obviously games while others are more narrative mysteries.  Their focus is in creating a sense of deep interaction.  This post comes at an interesting time for me as, just recently, I have been disagreeing with a few artists about what is art in Second Life.  They both laughed at the notion of Sextan Shepherds work "Nemo" being considered art.  They didn't say it was not their favorite type of art (which would have been fine with me)  but instead claimed it was not art at all.  And it was that statement that I found to be an embarrassing show of elitism and ignorance of this medium. Madpea would fall into the same category for these artists so lets just have a quick look at the mentality involved. 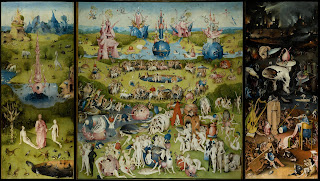 Part of their argument was that Nemo is based off of Jules Verne's book "20,000 Leagues under the sea".  That it is not his own idea, but that of another.  This is strange because they would then likely say "The garden of earthly delights" by Hieronymus Bosch would be exempt despite coming from he Bible.  (Bosch's work was said not to be art originally.  It was considered titillating trash for the masses).  Or perhaps William Blake's work based off of Dantes Inferno, or the Lord of the Rings movies based off of Tolkien.  I am not going to get into the vast array of artists who were inspired by something when creating their artworks.  Sextan was inspired by a novel and created everything in his build, Nemo, from within his own mind.  He "created" the build using his imagination.  Furthermore he did it with a great deal of technical skill, not just in building but in texturing, scripting, the use of sound and composition.  One of the artists in the dispute claimed that technical skill was irrelevant.  And that, sadly,  is a very post Duchamp mentality. 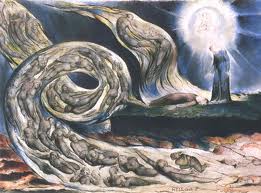 Originally artists spent entire lives learning technique.  I would argue that today we have few if any artists who can paint like Leonardo Da Vinci or Caravaggio.  One reason for this is because of Marcel Duchamp and his work "Fountain".  Duchamp put forth a standard porcelain mens urinal in a Salon exhibit.  His thoughts were that he wanted people to attempt to look at the urinal without being influenced by its function, and to rather see it as a sculptural work.   Was its shape beautiful? was it aesthetic and if so does that not make it art?  Did its function prevent it from being considered art?  Duchamp was all about rethinking standards and causing a stir.  And he did exactly that with his "fountain".  However, a enduring result is that virtually everything is now considered art and in many cases technique has fallen to the wayside.  An elephant at my zoo is given a paint brush and is trained to smear paint on a canvas.  Those paintings sell as "art", yet the advanced skill of Sextan Shepherd in creating textures by hand, in scripting, in creating an immersive environment, in pure building skill and efficiency not to mention the composition of the entire environment are not grounds to even be called art? 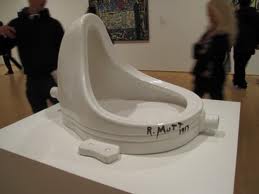 I am frustrated by people (especially artists) not having the ability to recognize that the virtual world will create new and initially non recognizable or quantifiable art forms.  For gods sake don't look at an artwork in Second Life then try to find a reference point in real life to justify it.  I am not declaring Nemo to be the greatest work in second life art, and in fact I would like to see it advance further, but I am not so blind as to say it's not art.   I believe that the art which will be remembered from this medium, will be of an immersive variety that allows the viewer to forget for a time their first life surroundings.  Unlike a 2D painting which you stand and observe or a film which you passively watch while being told a story, the art we create here will be more akin to a painting that you enter and explore.  Something you interact with and almost believe yourself to be a part of.  We are at the initial stages of this and works like Nemo recognize the technique in creating an immersive environment.  It is what makes this medium unique, the avatar in a virtual space with others from around the world experiencing something which transports their awareness into a virtual space, and does so far more effectively than mediums of the past have been able to.  Anyway.  That is my perspective.
Madpea sits at two for me because they have taken the notion of creating an immersive environment for the viewer, and have used advanced techniques to achieve that immersion.  Is it art? who cares? the term art is a shadow of of what it once meant.  What Madpea does is to attempt to harness some of the unique elements that will, in my mind, define this medium in the future.

This is the SLURL to Madpea but its not the main hub.  You will have to explore from there to find the games and things.   http://maps.secondlife.com/secondlife/MadPea%20Base/144/201/27

Anonymous said…
There's much wonderful art in SL. It's my reason to stay in SL and do my best to promote this.
In my opinion many real life artists should take a watch and learn from it.

In my country the so called artists are nothing more than snobs. If you didn't go to art school, you aren't an artist...as they say.
In SL I saw much more art than what those snobs can make.
I agree with you, in my opninion, Sextan Shepherd is a great artist and Nemo was art. Nemo was inspired by the books of Jules Verne, but we need all inspiration from somewhere to make art!
Thank you for your article, Bryn. I completely agree with you.
Maybe they're part of the snob culture...
July 30, 2011 at 2:00 PM

Semaj said…
I miss my SL. and only have only yer wee (but growing I see now over 300 +)blog to keep me tethered and fed. Thanks for the brain food. Art is …who can say?, elitist attitudes here, art is a toilet bowl there…everything is really just grey areas and personal interpretations of everything, art or otherwise, that renders any absolute statements misty. Up until the Renaissance artists were considered simply crafts people. Think of the Gothic cathedrals and how many names you've heard of associated with their design. It wasn't until Leonardo and Michelangelo that the idea of genius and divinely inspired artist with a name came into being. Artist or artisan ? That seems to be the argument your having bout builds such as Nemo. Skill/technique is used by both, and some of the most amazing virtual environments built by artist may be the backdrops for first person shooter games and/or derivative imagined worlds such as Nemo. Much of SL and RL environments/building/fashion, music etc. exhibit the handwork of skillful technicians, beyond that it is the emotional impact of “art” (music, virtual builds, book, dance, sculpture) that pulls me toward some and away from others. The emotional impact of such works does, I believe, have something to do with the artists’ intent and vision, and the drive of the artist to push the vision into the universe, sometime technical skill is the means other times the artist finds another way. And you Ms. Unknown Oh, how fit you into this maddening riddle of perception and art, you the muse of melancholic madwomen and men, you the diviner of soul secrets inside the gears of the heart, you, the poet cipher that confounds the mind with her tunnels and walls, you, the type of artist that reminds me of shooting stars, transcendent love in the grip of fiery death, phosphorescent skin and horned head streaking buck-naked holy-rollin' hell-bent for leather through the horns of the bull... but I digress… You my lady Bryn are one of those rare exquisite species of artist whose intent, drive, and vision are an ode to the luminous novelty of creation and the magical kingdom of the yet known.
July 31, 2011 at 12:37 AM

Anonymous said…
You my female Diablo 3 itemsBryn are one of the uncommon superb kind of artisan whose intention, push, and perspective are a ode on the luminous originality associated with creation along with the mysterious empire with the butDiablo 3 Gold kaufen regarded
August 6, 2012 at 2:32 AM