My avatar and Me

About two years ago I was contacted by Rob Danton in Second Life to see if I would like to be commissioned to build work for a Dutch movie called My avatar and Me.  The film will be available for VOD at www.constellation.tv in June.  It has been nominated for best documentary at film festivals in Lübeck, Germany, and Krakow, Poland, and selected to festivals in Amsterdam, Cleveland, Ireland, Spain and Denmark. Also, it has been televised at ZDF and ARTE a.o.   Here is the website to see more. http://myavatarandme.com/

By going to the website you will no doubt instantly recognize Second Life as being a big part of the movie. 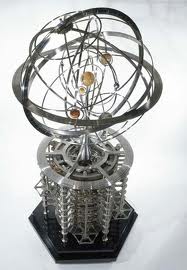 The Danish documentary-fantasy “My Avatar and Me” is going to be shown at a special live-event, hosted from Copenhagen, Denmark.

From Grand Theatre both the film and a Q&A afterwards with female lead Helena Kirkorianwill be cinecasted to 12 cinemas in Denmark and to Second Life.  I look forward to watching it.  I think I make a cameo in the movie too, but I can't remember.

So what did I do for this?  Well I will post the synopsis of the movie at the bottom but the main character essentially quests for love and the Long Now Orrey.  I built the orrey for the movie.  You may have seen it in the past if you have come to Immersiva on occasion.  I actually have a machinima which focuses on it so I will put that here as well as a picture.  Also its for sale at my shop if you are interested. (It's 1100 prims though!)
http://slurl.com/secondlife/Immersiva/202/148/1152
I really should promote my gallery more where I sell things.  Did I ever tell you about my first store in Second Life?  It was hidden off on a sim called Danvers State Hospital.  To find it people had to solve a series of riddles and find clues on other sims.  Then to finish it off, if they did eventually find Danvers I had put a large prim over the front door with a picture of an empty room on it.  So if they just looked from outside it seemed like just and empty room, but if they walked in anyway the store would appear.  Seriously, you are supposed to make it as easy as possible for people to find your store I would imagine, yet here I was hiding it in a sim with low traffic and forcing people to spend days figuring out how to get there.  Terrible business plan.  However Hamlet Au from NWN called it brilliant in 2008, which suggests that we should never team up and go into business together.  http://nwn.blogs.com/nwn/2008/11/brilliant-metav.html

Anyway I really just want to congratulate everyone involved with the production.  Its a huge achievement to do something of this scale.  Not just for the first life divisions but also for the Second Life people involved such as Kean Kelly, Aki Shichiroji, Rob Danton, Dizzy Banjo and Angrybeth Shortbread.  Have a look at the full credit list to see the SL avatars who helped.  Its in the cast section on the website here.. http://www.myavatarandme.com/fullcredits.pdf

Mikkel Stolt - is a troubled and unsuccessful documentary filmmaker, who decides to create a new identity, and join the pioneers and settlers in the virtual world “Second Life” on the other side of his computer screen. He chooses the name Mike Proud for his “avatar” and starts off with a typical off-the-shelf standard body.
Shortly after his arrival, a mysterious and influential woman named Helena picks him up and takes him under her wing. Helena gives Mike a complete makeover, and turns him into a sophisticated avatar, equipped with all the animations he needs to interact with the most advanced users of Second Life.
.
Mikkel is very attracted to Helena, and extremely curious to find out more about her, but she refuses to meet him in real life and her true identity remains a mystery.
Helena introduces Mike to Rob, a professional filmmaker who works for BBC in his real life. They become friends and decide to go into business together. The business thrives as Helena uses her in-world influence to pave the way for Mike’s career.
.
Mike truly enjoys his new status as a popular member of the Second Life jet set, but Mikkel’s real life is gradually falling apart. He is spending more and more time in front of the computer screen, bleary-eyed, sleep-deprived and out of touch with reality. When his long time girlfriend decides to break up their relationship, it doesn’t really affect him. All he can think about is his virtual career, and Helena, who has become more important to him than his real-life family and friends.
When Helena suddenly departs from Second Life, Mike’s virtual world starts to fall apart. The moment she terminates her Second Life account, Mikkel knows that he has thirty days to watch everything he has accomplished in the virtual world literally vanish forever.
The painful experience of losing his business empire and the love of his “second life” sets Mikkel on a different path, and gradually the gates to a much larger reality start to open.
.
His search for Helena brings him to a mysterious Island named Akasha, where he finds the gateway to a parallel world inhabited by mysterious light-beings. The light-beings promise him that he will be re-united with his lost love, but first he needs to carry out a mission, which includes a journey to the Mountain of the Long Now in Nevada, USA, where the legendary computer scientist Danny Hillis is building a monumental mechanical clock - designed to keep time for the next 10.000 years. 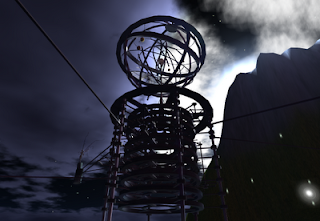 Anonymous said…
Wonderful Bryn!!! Pls let us know when it will be broadcasted in SL.

Bryn Oh said…
Thanks Shellina and Isa. The movie is going to be broadcast on Wednesday in Second Life. Maybe we can get a public viewing set up if there is interest. It's 91 minutes though. Kind of weird to think of me watching my avatar watching a movie in second life of real life people becoming avatars.
May 16, 2011 at 2:14 PM

Anonymous said…
Bryn wrote: "Kind of weird to think of me watching my avatar watching a movie in second life of real life people becoming avatars. "

Bryn Oh said…
Hmm I guess to become un-anonymous you have to sign up for a blogger account or some way for them to identify you. Thanks pixels but really I was just a small part of it.
May 16, 2011 at 4:33 PM

Runescape Gold said…
They will deal amazing damage to denture snail mail, and give a new prayer bonus Buy Runescape Gold. Long swords are created using by way of a lots of. They have velocity, and also offer a good bit of harm. Warrior spears aren't as soon as lengthy swords, but it really does a great deal of injury. Warrior spears likewise have the potential to be able to toxin. Combat axes instill a large amount of damage upon platemail, and might compromise robes as well as dragonhide. Battleaxes is one passed, consequently any safeguard could possibly be donned for that defense. 2-handed swords deal essentially the most destruction out of your kinds of weapons. Using the 2-handed blade, you do not have protection, so you'd will need a very good protection set up Cheap Runescape Gold. Warhammers are generally one-handed guns however deal a great amount of hurt also. His or her potent against any platemail.
January 11, 2012 at 3:00 AM