Flickr's Ash or Ashanti LeShelle in SL, is a social worker and single mother of three, living in Berlin.
When she joined SL in late 2006, she looked around for a name and her eyes went to her lap where her pet guinea pig Ashanti sat.  And from here arrived one of my favorite artists. 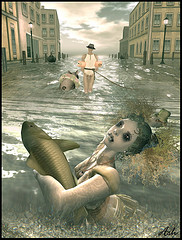 Ash began wandering SL and discovered photography here.  She describes it below.
"Actually it was that snapshot- option which I got riveted by most then... my thrill of joy for creating and archiving alleged beauty, paired with an amazement for the rapidly increasing quality of appearance at that time (aaAAhhhh – how beautiful it looked and SO real at sudden, didn’t it?) : D
Well, this was followed by a cruel disillusionment soon, and the personally insight that trying to achieve as much reality as possible might not be the most ingenious goal anyway...  At that point I realized the unique potential of SL- photography. I proceeded to taking a chance of making fantasies visible by creating scenes which are not possible in the real world, this by using windlight as a cool tool for composition.
It’s like... SL- photography gives me the freedom of expression of a painter, although I can’t paint..." 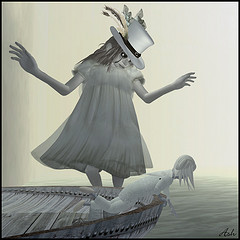 One of the things I love about Ash's work is her colour palette.
Her images often use only a portion of the colour wheel which keeps them nicely unified.  What this does is make any colour within the piece that much more important and pronounced.  It also allows for other elements to step forward and become more dominant where they may have become secondary should the works be full of chaotic colour.  For example to the right, the characters dark eyes and dark band on the hat become the focal point.  They are the darkest part of the composition and our eye naturally is drawn there.  Its not jarring nor does it need to fight with other design elements.  We look to the eyes and naturally follow the eyepath down to the girl looking precariously over the edge of the boat. 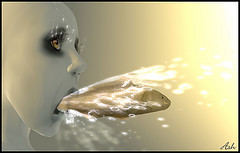 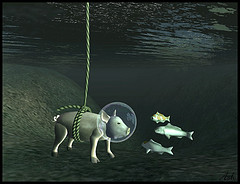 Most of her work is of a lighthearted manner which often reminds me of four Yip.  Each feels like they contain a fairytale for us to find.  Each beautiful and wonderfully composed. 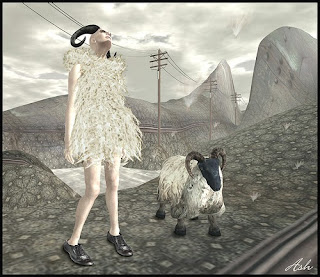 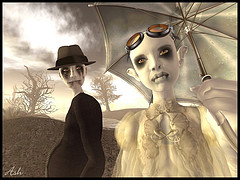 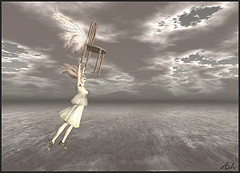 Ash is a charming and delightful person, she is a bit shy and has not exhibited in SL as of yet, but with encouragement who knows?
you can find her
Flickr stream here 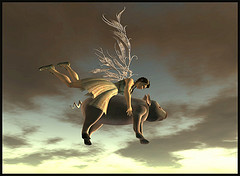 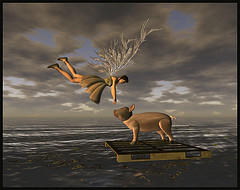 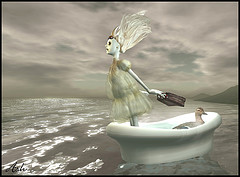 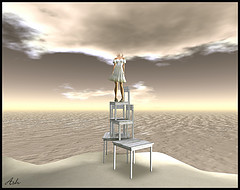 Michele Hyacinth said…
Thank you for sharing this. I feel the same way about Ash's art as I do about yours...awe-inspired. I join the many who hope she will show her works soon in an exhibit.
July 5, 2010 at 10:15 AM

Glyph Graves said…
Cant agree more with the comments above. I've adored Ashanti's work for a long time now. Not only quite singular in in its style and technique but an emotional richness that very few manage.
July 29, 2010 at 11:24 PM

Anonymous said…
Can't recognizeDiablo 3 Gold additional using the comments earlier mentioned. D3 Gold I've admired Ashanti's be employed by a very long time currently. Not just rather unique D3 ITEms within in the style as well as strategy but a psychologicalCheap Guild Wars 2 Gold abundance in which only a few manage.
August 18, 2012 at 2:39 AM